The long awaited special book event with Brian Kilmeade co-host of Fox News Channel’s morning show Fox & Friends, welcomed an overflow crowd with standing room only. The event which doubled as our May General Club Meeting commenced with the personal autographing of nearly 100 copies of his NY Times bestseller:  Thomas Jefferson and the Tripoli Pirates; the Forgotten War that Changed American History. 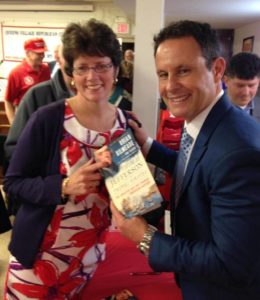 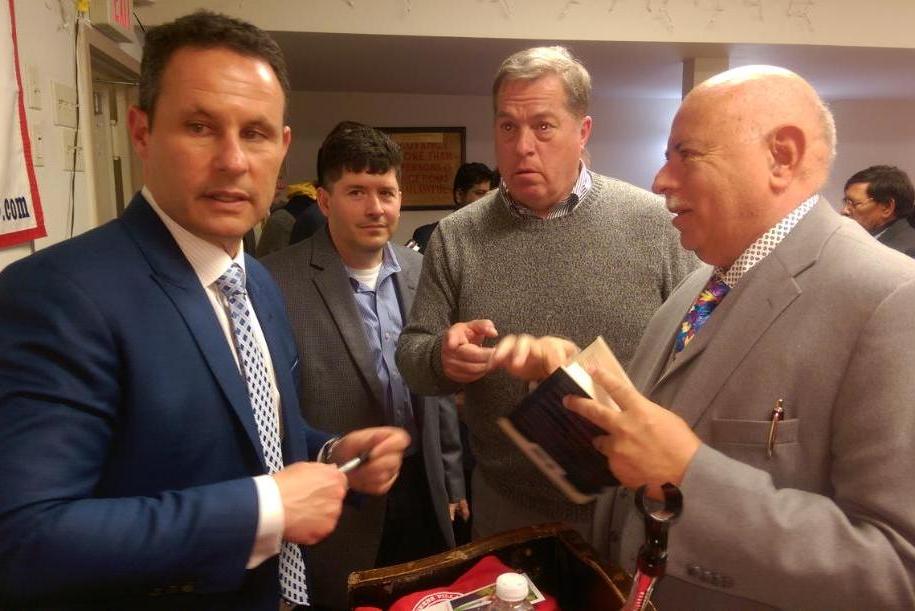 The program kicked into high gear with the customary introduction to America’ oldest Republican club and a hearty dose of encouragement by Club President Orenstein, that this is a great time to be a Republican in Queens, since our Republican presidential nominee is a Queens native. 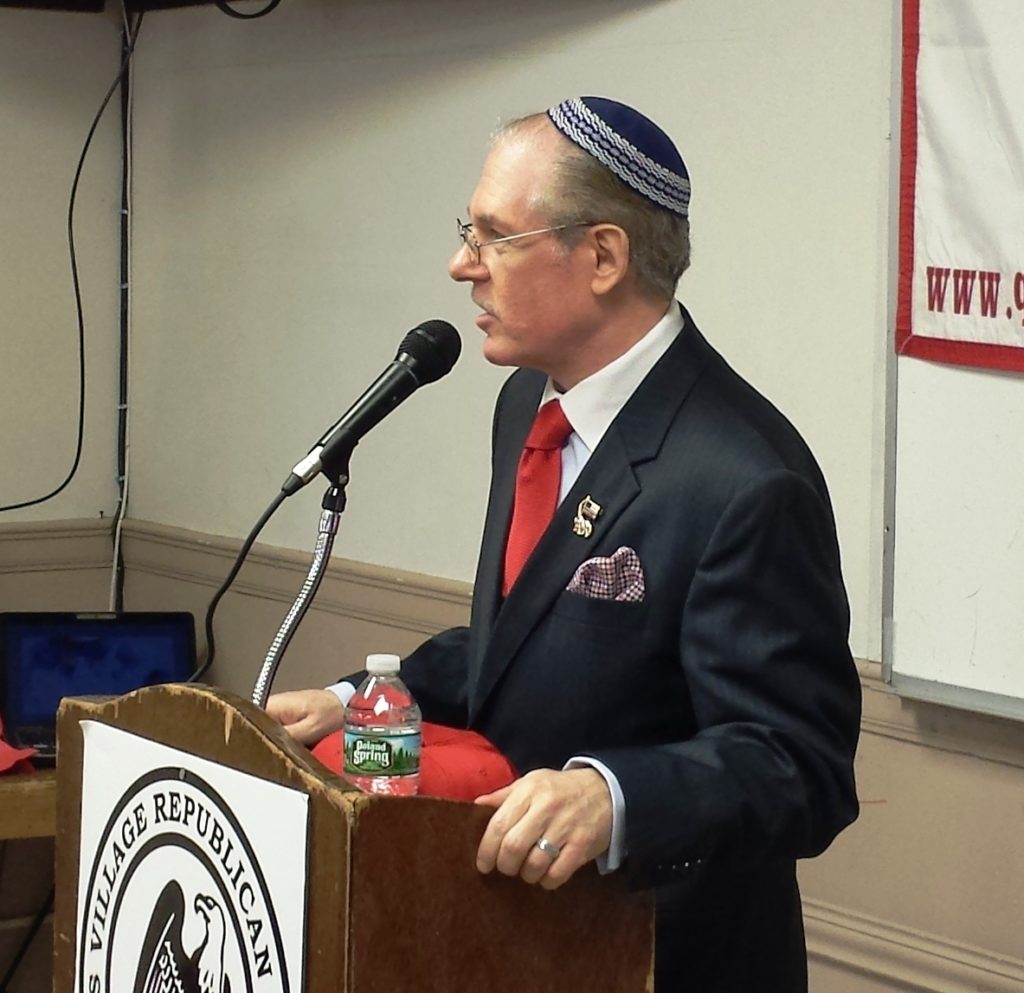 Rabbi Menashe Bovit gave the Invocation, chanting “God Full of Compassion,” reflecting on Yom HaShoah, in honor of those who were exterminated in the Holocaust, on this Remembrance Day, May 5, 2016, which dovetails very well with the theme of Kilmeade’s book as evil rears its ugly head again in the world today.  Bovit’s father was a Holocaust survivor, who immigrated legally to America.  He lost his whole family except a couple uncles from Poland.  Bovit’s father said every day we should get on our knees and kiss the ground of our great country, America.

Former NYPD captain, Joe Concannon, welcomed Brian Kilmeade who began speaking about his entrance into sports broadcasting at Fox News in 1996 and segueing into pure news which was his passion, during the Bosnian War. Kilmeade played a three-minute video clip which served as an introduction to Thomas Jefferson and the Tripoli Pirates.

Please view these two instructive videos that were shown at the meeting: Thomas Jefferson and the Tripoli Pirates and the USS Constitution 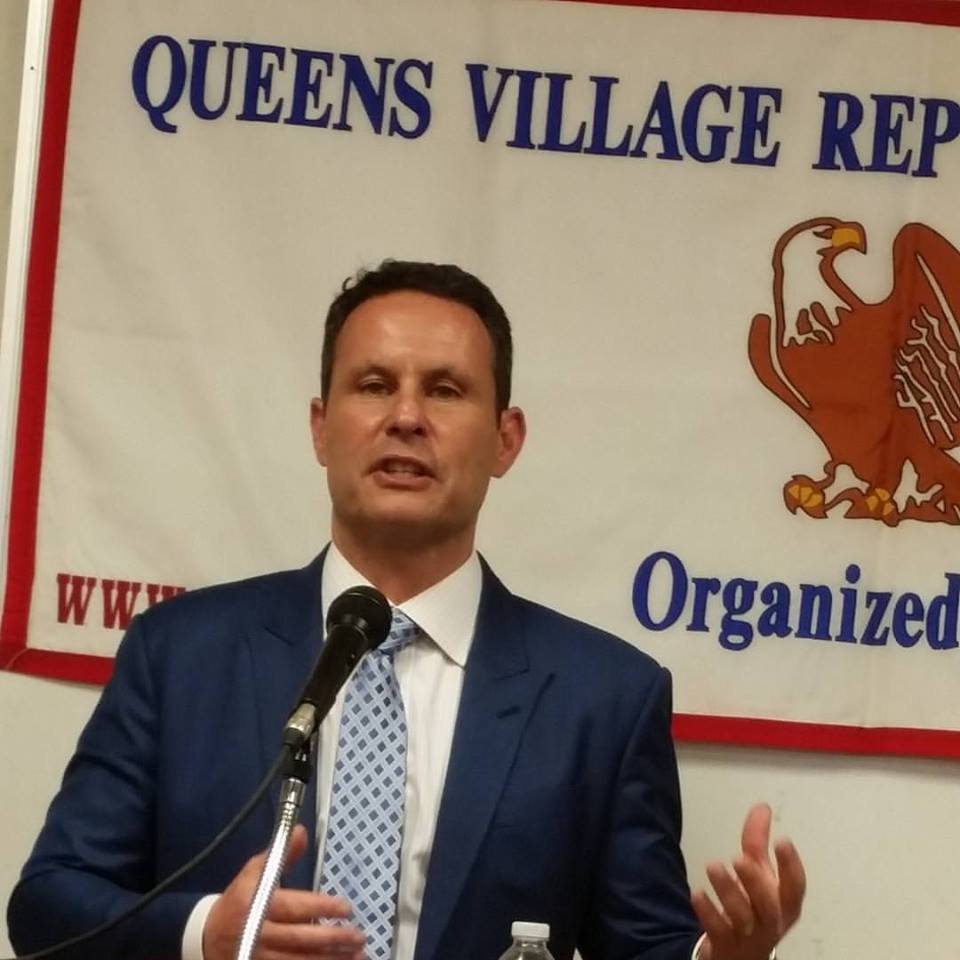 John Adams and Jefferson were distinctly split on policy and during President Adam’s administration, U.S. caved to the pirates of the Muslim nations of Africa’s Barbary Coast, who plundered our unarmed merchant ships and enslaved our sailors, who wished only to engage in honest commercial trading with European nations. As a diplomat, Jefferson at first tried unsuccessfully to negotiate with Tripoli’s ambassador, who quoted the Koran to justify their God-given right and duty to plunder and enslave non-Muslims. When Jefferson became America’s third president, with a brand new fleet of U.S. Navy warships and newly formed Marine Corps detachment, he launched the Barbary Wars.

This is a forgotten and neglected but essential period of American history, our earliest triumph over evil forces in the world, which shaped our destiny and determined our steadfast superpower status on the world stage. But as the saying goes “Those who do not learn history are doomed to repeat it.” Today we are at a crossroads facing the same enemy and making the same mistakes that Adams and our first American diplomats made. Our nation and the world are in peril today due to the foreign policy failures of the current administration. That’s why it’s so vitally important to read Thomas Jefferson and the Tripoli Pirates, and learn our history. As Kilmeade said: “The challenges we face today are not so different from Jefferson’s, and we’ve much to learn from his boldness and from the courage of the marines and sailors who died to protect their country.”

Right after Brian Kilmeade left the meeting for his evening Fox News Channel show, our new member, Scott Berry sang a robust rendition of “The Marine’s Hymn” and many joined in signing the familiar verses:

From the Halls of Montezuma
To the shores of Tripoli
We fight our country’s battles
In the air, on land, and sea;
First to fight for right and freedom
And to keep our honor clean;
We are proud to claim the title
Of United States Marine. 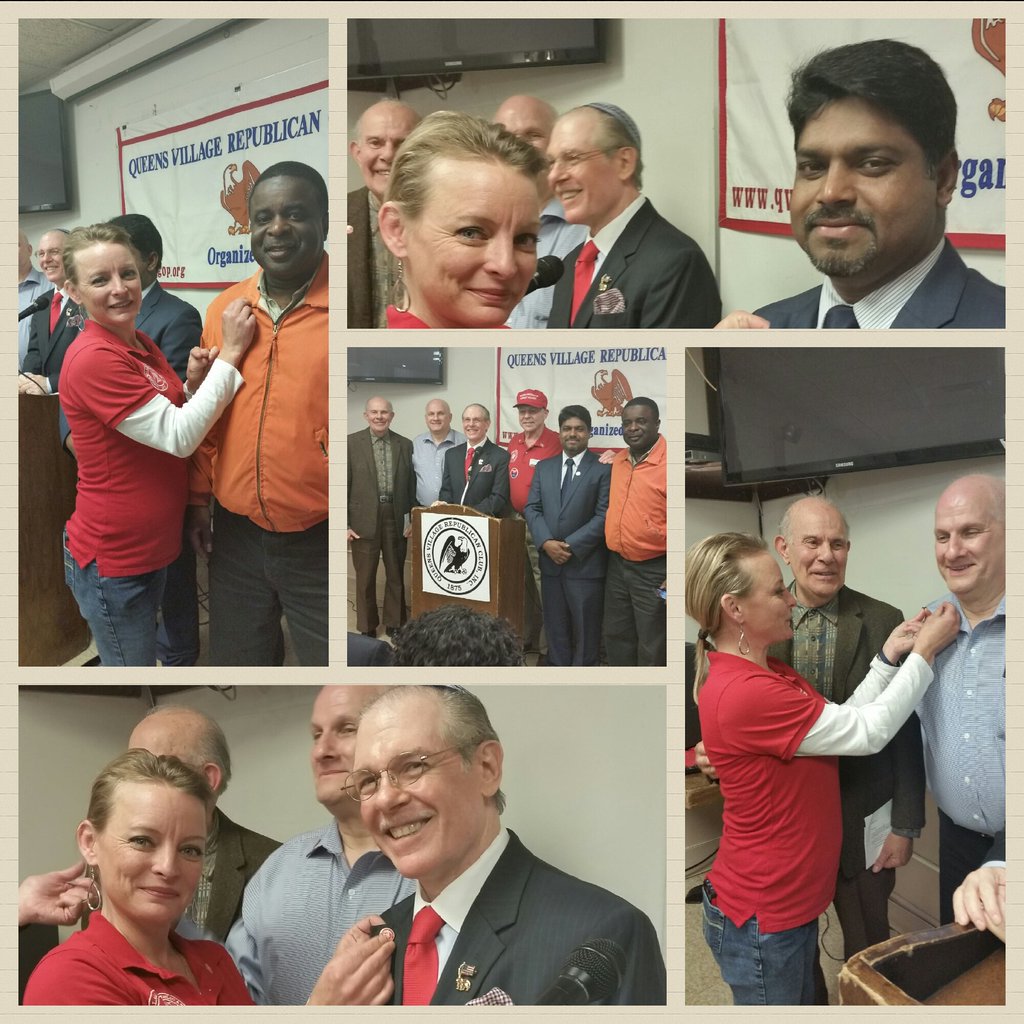 Next, President Orenstein welcomed new members who paid their dues, and older members who never got a membership pin.  The traditional pinning ceremony took place. Francois Wellington, our board member and the Republican candidate for NY State Assembly District 33, spoke briefly. He will be joined in a candidates forum at our June 2nd Club Meeting by NYS Senator Jack Martins, running for US Congress, along with other Republican candidates.  Announcements were made about some exciting May and June events coming up. Follow us on Facebook and check out our Website for updated events and information and stay current with the dynamic changes and excitement happening in Republican Party in Queens today!

« PreviousCapt Joseph Concannon calls for US Attorney of the Southern District of NY to Investigate Queens School District #29
Next »Are We Breeding Ignorance And Disrespect, One Child At A Time?