Are We Breeding Ignorance And Disrespect, One Child At A Time?

Are We Breeding Ignorance And Disrespect, One Child At A Time? 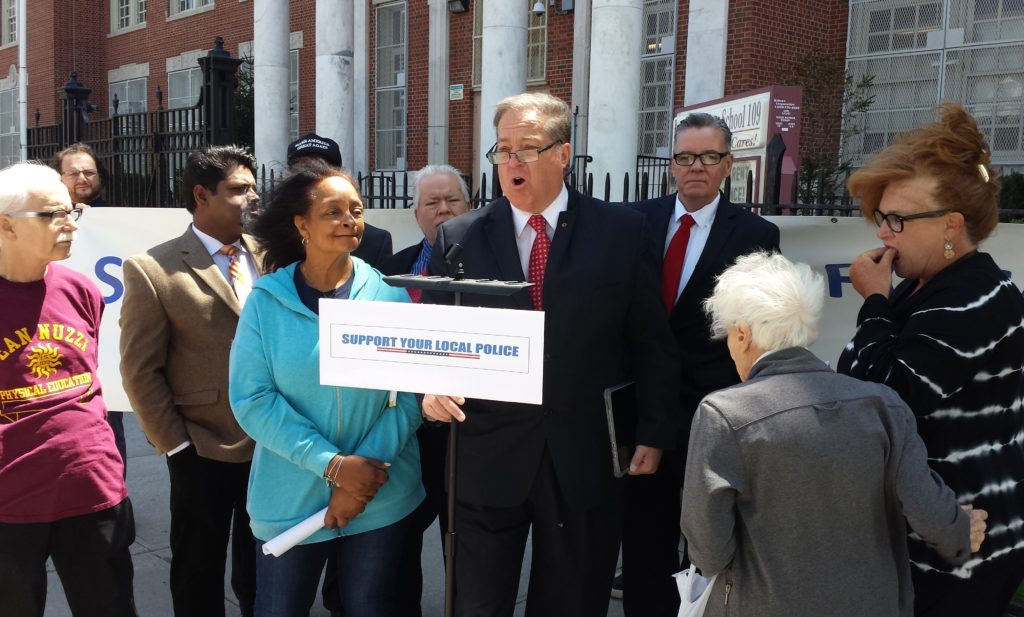 Good Morning everyone, welcome to Police Week where we focus on the sacrifice of so many during the prior year who have given it all so that each of us may be safe and secure in our persons and homes. Here’s where you can find the schedule of events: http://www.policeweek.org/schedule…..

As I write this note today, I come away from a lively meeting at Community Board (CB) #13 last night wherein we discussed a proposal by the NYC Public Advocates Office (PAO). The discussion concerned very young children 0-3 years of age and a City agency, Administration for Children Services (ACS). Generally the group agreed that ACS has a stigma which is very negative and that having an education program falling under its control might be a real problem. I don’t think anyone in the room last night was as “focused” as I was on the cause and effect of poor education and impact it could have on law enforcement personnel not just here in NYC but across the nation. A Police Officers best friend is a “well educated child”.

The PAO was promoting the idea that ACS was not capable of providing an effective program for child care (which by the way adds to the negative stigma). But the facts are the facts, right? It’s often said that you can make statistics dance on the head of pin depending on your desired outcome. I wasn’t having it. I wanted to know how the PAO measured the performance of ACS and the program in question, I wanted specifics. That just wasn’t happening. The PAO wanted a resolution from community board in favor of creating a new city agency just for this program. I asked, do you have data for the impact of this ACS program for this community board? Being informed prior to making a decision I thought would be a good idea. The PAO said the city wasn’t giving them the data. So much for bringing credibility to a CB resolution. More feel good, without hard facts.

Fast forward to now. Sitting in a McDonald’s on Springfield Blvd., thinking about the schedule for the day and while I’m eating a delicious big breakfast I can see students for Martin Van Buren High School coming in. As I’m sitting and eating one of the girls is greeted by her friend. The friend is speaking loudly and lacing the air with one obscenity after the next. I’m looking straight at them. The one girl wants to crawl under the table, the other could care less. I gently tell the young ladies, “I don’t want to hear that”. The tall girl turns to me and says I don’t care. Her friend is now melting into her seat and anxious to leave. Are we breeding ignorance and disrespect one child at a time? There was a time, when an adult spoke with you or to you – you listened and you did care, right?

This is just one cherished experience from today. It was completely unplanned. But it furthers the theme: are we breeding ignorance and disrespect one child at a time? For most of my 30 minute visit at McDonald’s was filled with the hustle and bustle of patrons coming and going – very uneventful.

In a year that has seen a 113% increase of firearm related police deaths, ask yourself are we breeding ignorance and disrespect one child at a time. That young lady I encountered today from Martin Van Buren High School serves as a horrible example of what is to come five to ten years from now as her disrespect and ignorance blossoms with her growth into a young adult in the City of New York. Our Schools, Our Future, Our Failures.