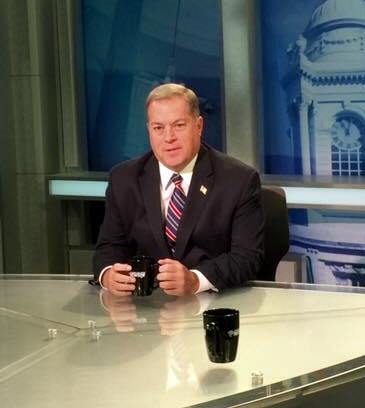 Welcome home to the many Republicans who were formerly lost, disenchanted, and discouraged.  Now Republicans can find many reasons to renew that GOP spirit in what it means to be a Republican, especially here in NYC.

Who would think that the Republican Party could ever be competitive again?  What a difference a year makes.  Who would ever dare to dream about a leading Republican majority in both the House and U.S. Senate?  To boot, who would have thought that we could capture the U.S. Presidency as well?  What a win! A majority of state governments are led by Republican governors and legislators.   Our own New York State has a Republican lead in the State Senate and we are challenging the status quo in the Assembly as well.  It’s exciting!  You have a front row seat to our Constitutional Republic, and the Republican Party is leading the way.  You are a member of not only the oldest active Republican Club in America, but the largest, strongest, and most active Republican Club in the downstate region.  Wow!!!!!!!!!

As we marvel at the results of the 2016 election cycle, we ask when if ever will New York City enjoy the same splendor of success?  Even before he takes office, President-elect Donald J. Trump has had successive wins with Carrier (1100 Jobs saved), Softbank (50 Billion invested in the US, 50,000 jobs), US Steel announcing they are coming back with plans to rehire 10,000 people previously let go!  Winning is a state of mind.  Republicans are winning – the nation is winning.  All the others are whining.  We are the party of winners and NYC will join the other winners, but we need to knuckle under, work hard and be resolute.

Our nation was once starved for leadership and now has found its compass and our President-elect is teaching us all to look up, be strong, resolute, to think big.  We can do this in the rust belt, flyover country and yes even here in NYC.  Every single Election District (ED) needs to be organized and readied for the voting season of 2017.  Failure to do so will ensure continued Democrat Party dominance and a return of Bill de Blasio.  76% of voters never turned out for the last New York City election.

Welcome home Republicans.  Help us build a nation united, grateful for our wealth, compassionate for those less fortunate, and willing to lend a hand up to those in need.  It’s who we are – don’t let others paint us as something we are not.

We are Americans, citizens of the United States of America, the envy of the world.  Now let’s act like it, get civically involved in our communities and make New York City a better place for all.  There is nothing we can’t accomplish, but we need to work hard to get it done.

2017 could be a transformational year, a year we break records, let go of past pains and problems and look forward anew.  Join me as we learn to win, and shift the balance of power once again to reflect the values and opinions of the voters in our district.  Voting matters and all of you know elections have consequences.  Let’s start winning!