Vote November 8th to Save Our Country

Vote November 8th to Save Our Country

There is a battle raging for the soul of America and it’s taking the form of a peaceful revolution at the ballot box on November 8th. Either you’re voting for Donald Trump, our Republican candidates, and real hope for the future of America, or you’re voting for four more years of Obama’s radical agenda to destroy America, under a Crooked Hillary presidency. 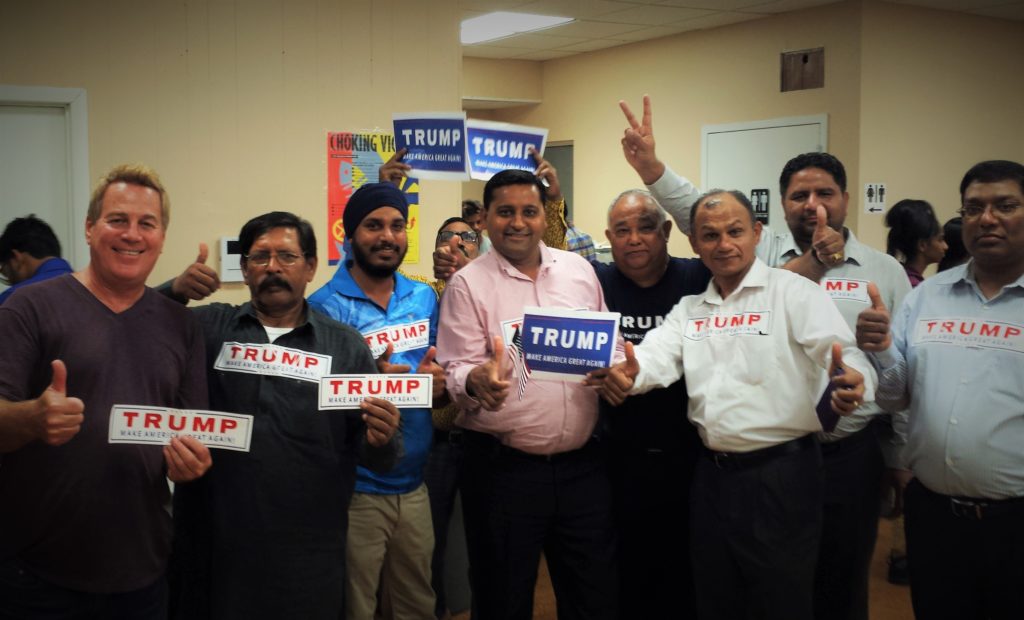 The mission of the Queens Village Republican Club, as stated at the beginning of every club meeting in the welcoming remarks to the oldest Republican Club in America, is to spread the principles of the Republican Party and to elect great Republicans. We are the party of individual freedom, constitutionally limited government, opportunity, prosperity, public safety and national security. We believe in putting America first and making America great again, since our club has endorsed Donald Trump for president, and we have jumped on board the Trump train from day one. We are the Party of real hope for the future of America.

We are in the vanguard of a new political movement. This is the Trump movement, the movement of the American people who have had enough, the movement of the political outsider. Our local Republican State Senate, Assembly and Congressional candidates are outsiders as well, not politicians. They aspire to be citizen representatives who live and raised their families in our communities and have stepped up to the plate to carry the banner of our noble Republican Party principles here in Eastern Queens. They are running because, like us they are frustrated and want to do something to challenge the status quo of deceitful, indolent, career politicians who have been languishing for far too long at all levels of government.

The Queens Chronicle quoted Ira Harris, State Assembly candidate: “I’m running for Assembly due to the frustration that I see with government and politics. Day after day, it’s the same issues that never seem to get fixed. From the corruption in Albany to the lack of quality education for all and everything in between.”

Ira and a few volunteers were campaigning in Cunningham Park for the “Jewish Music Under the Stars” concert talking to the voters about the issues that matter to them. We got such an amazing response from the people, many of whom said they were voting for Trump and all the way down the Republican line. Some said this is the first time in their lives that they will vote Republican, and some, the first time they are voting.

Many people are awakening from the 8-year nightmare created by Obama and his radical progressive policies that have decimated our economy, our military, our veterans, our schools, our police, our moral fabric and confidence as a nation, and our hope for the future of America. People are realizing that the answer is one word – VOTING – to save our country from the permanent damage that will ensue from a Crooked Hillary presidency, and that message is spreading like wildfire.

Crooked Hillary and her supporters, seeing the declining poll numbers, are in panic mode. Hillary came out with a despicable statement that half of Trump supporters are a “basket of deplorables” revealing her true hatred for the American people. She said we are “racist, sexist, homophobic, xenophobic, Islamophobic — you name it.” She urged her supporters to “stage an intervention” and many Hillary supporters, duly advised, have been actively bullying, harassing and assaulting Trump supporters.

They are trying to use fear and intimidation to silence our voices. An obnoxious anti-Trump protester followed us around in Cunningham Park one night for nearly an hour, calling us racist bigots and shouting to drown us out whenever we spoke peacefully to voters. A Bellerose Trump supporter in a corner house has to keep putting out Trump lawn signs which have been stolen one after the other. Recently, liberal Trump haters burned down a large Trump sign in front of a Staten Island man’s home. We just witnessed a summer of anti-Trump zealots blocking traffic, sometimes violently attacking, stalking and harassing supporters.

This is America, not Nazi Germany, and many patriotic Americans are standing up to the attacks of the rabid leftists and fighting back.  More people in Queens are putting out Trump lawn signs and speaking out proudly about their support for Trump and Republicans. The men and women who support Donald Trump are not racists, bigots or any other smear the zealots throw at us. We are hard-working Americans, veterans, business owners, police officers, religious leaders, members of every class, every race and religious faith in America today.

Tariq Rehmat, a new QVGOP club member and leader of the Pakistani Christian Community, showed us a shining example of courage and freedom to boldly express his passionate support for Donald Trump and the Republican Party, although he and his community members have been repeatedly harassed for their political choices. He organized an enthusiastic well-attended event in August for the Pakistani Christian community’s official endorsement of Trump, which was reported on the front pages of a Queens weekly newspaper.

This ethnic-religious community of Pakistani Christians in NYC share our values and are flocking to the Republican Party. Many are recent immigrants who came to America seeking freedom from religious persecution like our Pilgrim pioneers, fleeing a land where Christians are a religious minority who have suffered genocide and oppression because of their belief. They understand the price of freedom and want to fight to save it in America. That’s why they are voting for Trump, joining the GOP, registering their friends and family and spreading the word.

There is a battle raging for the soul of America and it’s taking the form of a peaceful revolution at the ballot box on November 8th. Either you’re voting for Donald Trump, our Republican candidates, and real hope for the future of America, or you’re voting for four more years of Obama’s radical agenda to destroy America, under a Crooked Hillary presidency.

We will spread this message to all voters. We will spread the word that voting matters! We will build a great grassroots movement of the people to get our Republican candidates elected in order to fight against the status quo. We will all go out and talk to our neighbors, knock on doors, make phone calls and encourage them to get out to vote on Nov 8th to save our country. Join us!