Sridhar Munirathinam (Sri) was honored at the Queens Village Republican Club’s annual Lincoln Day Dinner on Sunday February 9, as the “Businessman of the Year.” Historian Jerry Matacotta presented the award saying that he and his wife were seeking new dining experiences and befriended Sri when he discovered they share the same values of love of country and love of the values of America. Sri came to America to pursue his dream of opening his own restaurant and  today his restaurant, Southern Spice in New Hyde Park has been recognized by NY1 and New York Times, and has won awards as one of the finest Indian restaurants in Long Island. In fact, in October 2013, Newsday declared Southern Spice the #1 Asian restaurant in Long Island. Learn more about Sri and Southern Spice on the Queens Village Republican Club’s website. 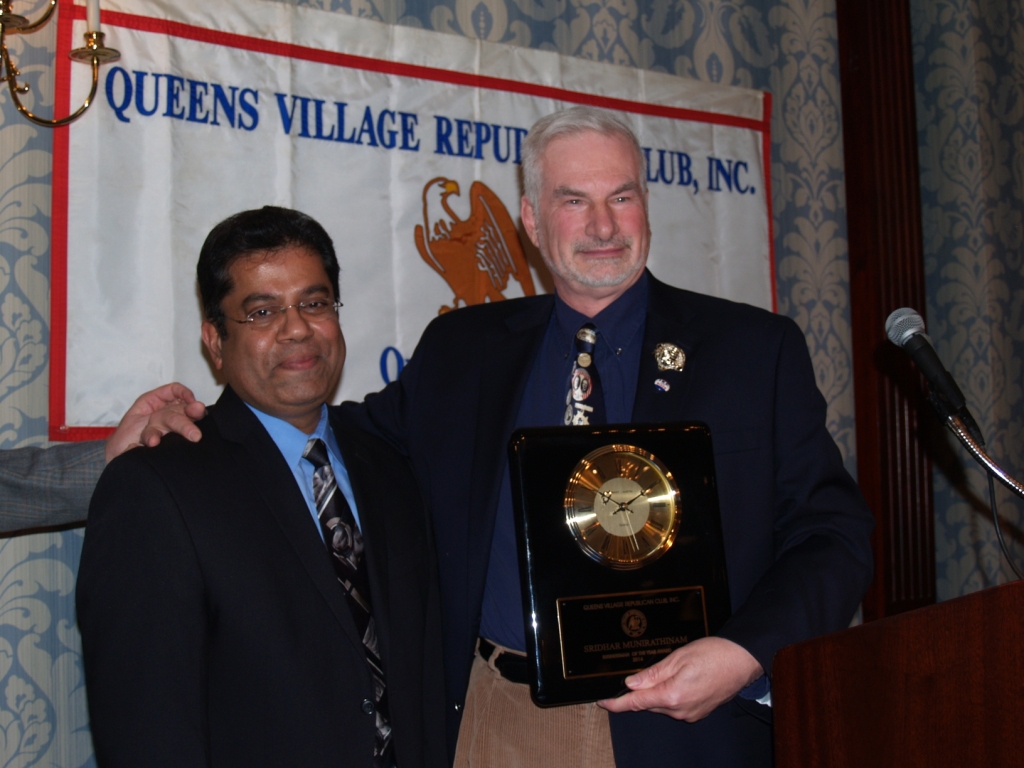 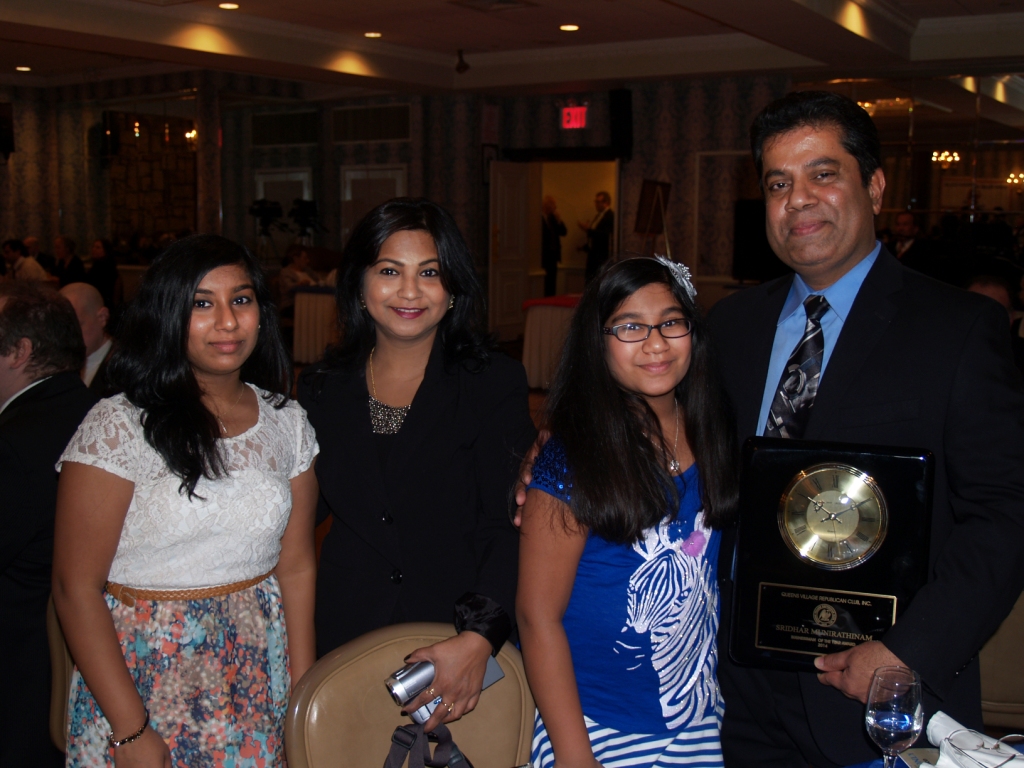 Sridhar Munirathinam, Businessman of the Year, with family