“Support our troops in the field, and that goes for the active military as well as the Reserves and the National Guard…..They are willing to put their lives on the line to support the principles upon which our country was founded.”

Lt. Col. John W. Peterkin (Ret.) U.S. Army, a decorated war hero who served in WW II, the Korean War and Vietnam, was honored with the “Veteran of the Year” award at the 139th Anniversary Lincoln Day Dinner of the Queens Village Republican Club. Additionally, New York City Councilman Eric Ulrich, Chair of the Council Veterans Committee presented a City Council proclamation to LTC Peterkin, who sacrificed so much for his country.

LTC Peterkin accepted both the award and proclamation in the name of all our men and women serving in the U.S. Armed Forces. You can read LTC Peterkin’s complete bio on the Queens Village Republican Club website. 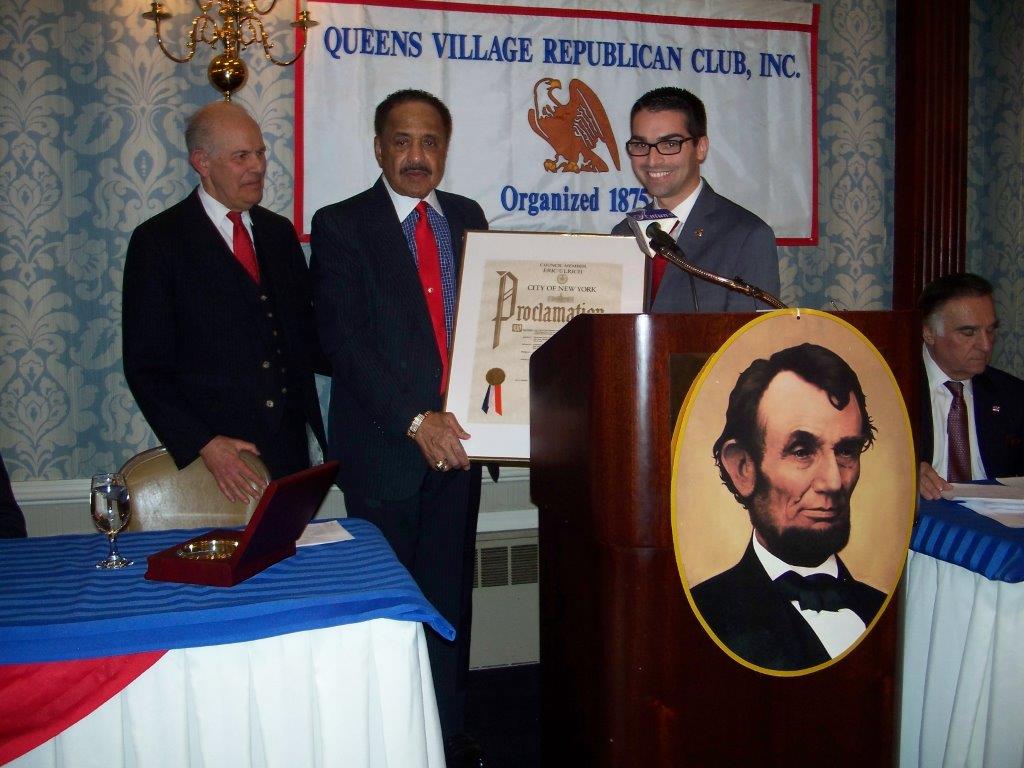 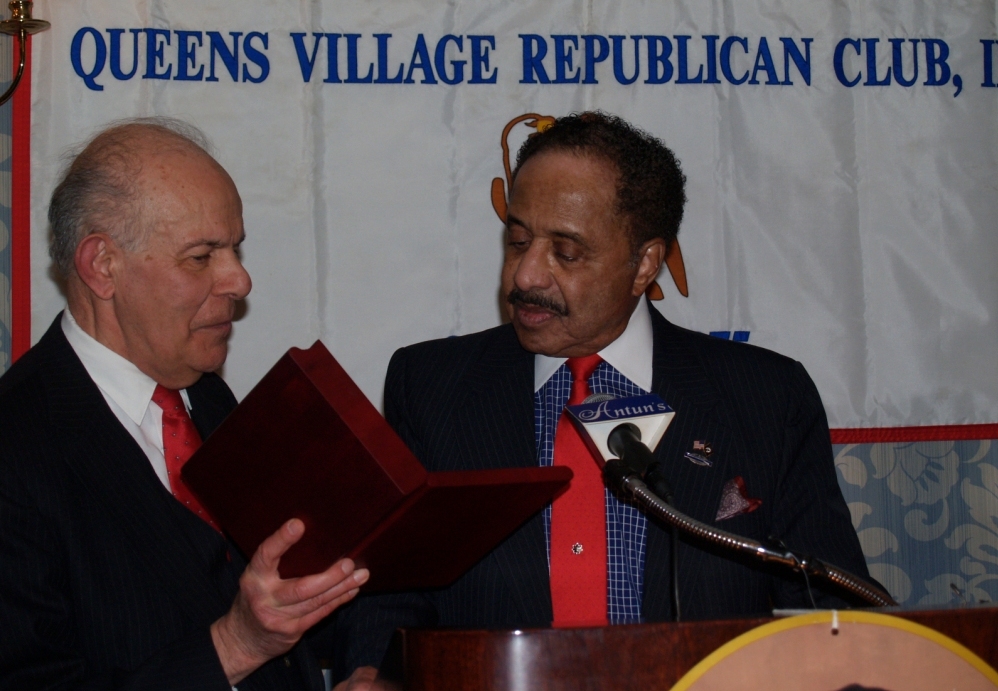 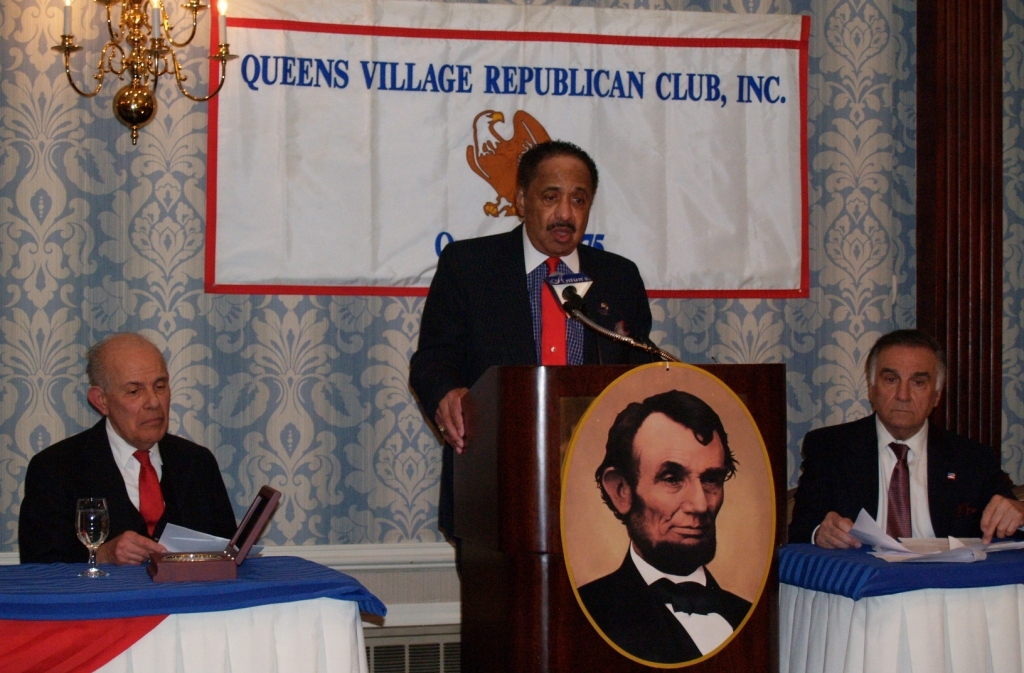 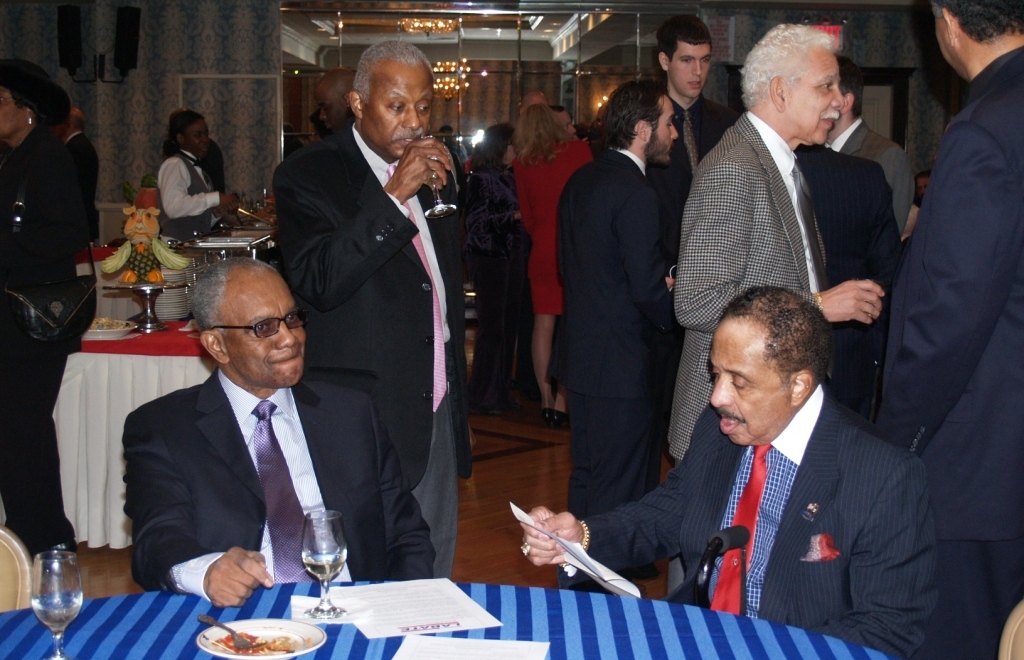 LTC Peterkin with friends and family 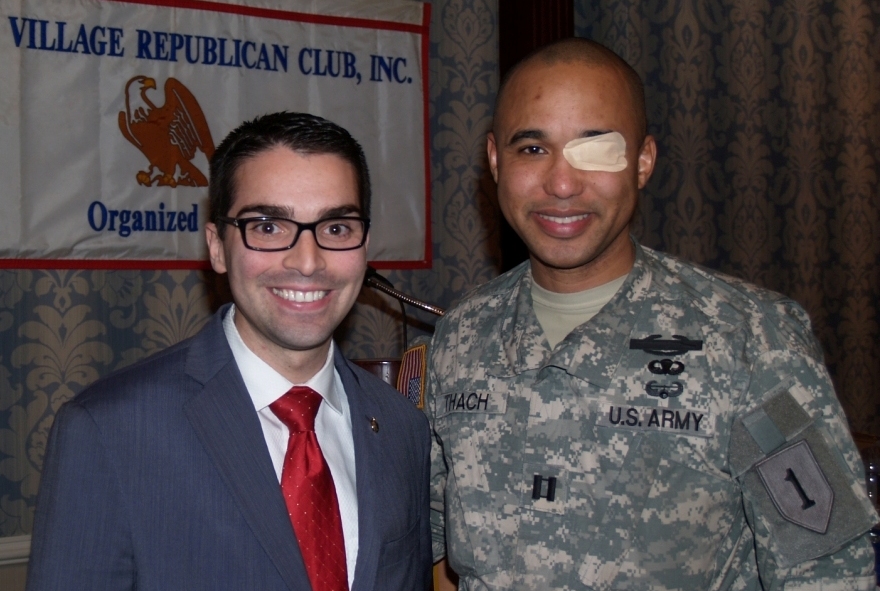 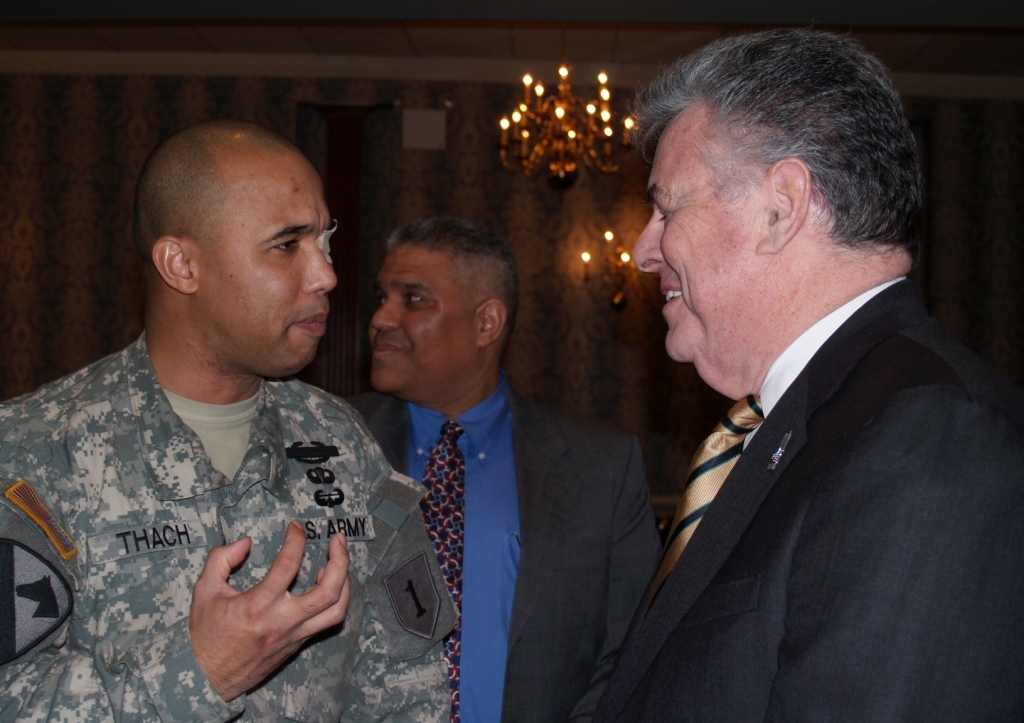