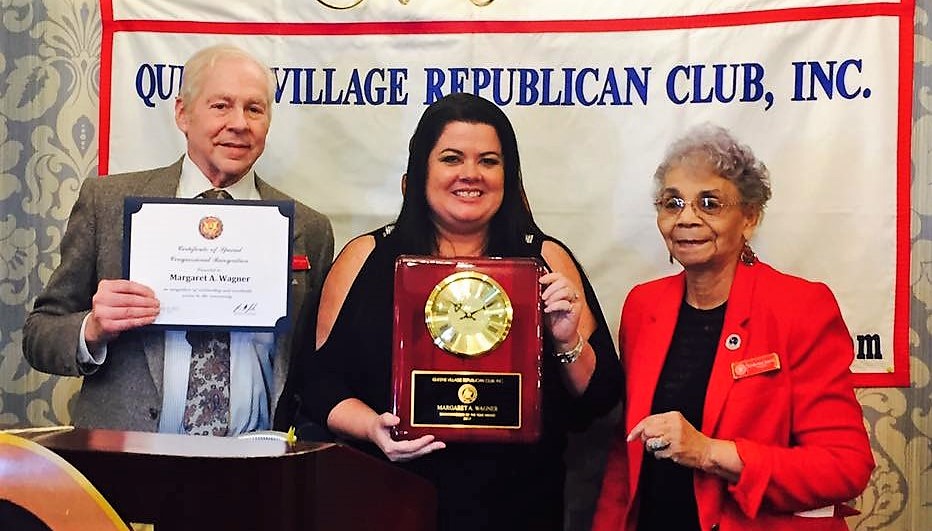 We were thrilled to have honored Margaret A. Wagner at the 142nd Anniversary Lincoln Dinner. As Past President of Rockaway Republican Club and Associate Broker at Century 21 Amiable II, Margaret was the proud recipient of the prestigious Businesswoman of the Year Award. She was honored as a successful entrepreneur, an activist in Queens political campaigns, and a “mover and shaker” in her Rockaway community where she has received numerous Real Estate Awards and Community Service Awards. Katherine James, former NYC Board of Elections Deputy Chief Clerk of Queens County, President of the Queens County Federation of Republican Women, was the presenter of the award.