Thomas Jefferson and the Tripoli Pirates: The Forgotten War That Changed American History

Author of the New York Times bestseller: THOMAS JEFFERSON AND THE TRIPOLI PIRATES

“If you want to understand the deep historic roots of the 9/11 attacks and what it will take to win the war against today’s jihadists, you must read this book.”
–Dr. Sebastian Gorka, an American expert on counterinsurgency and counterterrorism and teaches irregular warfare. Breitbart’s National Security Editor. Lectures at the FBI Academy in Quantico

” A colorful, exciting, and historic account of an overlooked portion of American military history, and a wonderful tribute to the brave sailors and marines who set a high standard for US maritime operations.”
— General Jack Keane (Ret.), Chairman of the Institute for the Study of War

“As a Navy SEAL you witness great acts of courage every day, but it’s easy to forget that the Navy and Marines have been kicking ass right from their inception more than 200 years ago. Count on Kilmeade and Yaeger to remind us of it with this swashbuckling adventure.”
–Marcus Luttrell, former Navy SEAL, author of Lone Survivor and Service 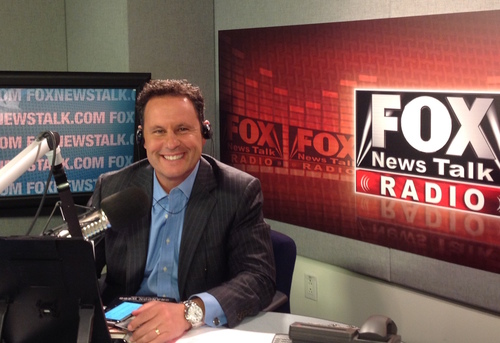 Brian Kilmeade – cohost of “Fox & Friends” on Fox News and the national radio show “Kilmeade & Friends” – returns with another fascinating historical narrative, co-written with Don Yaeger. Like their acclaimed bestseller George Washington’s Secret Six, Thomas Jefferson and the Tripoli Pirates sheds new light on a vitally important episode that has been forgotten by most Americans.

Only weeks after President Jefferson’s inauguration in 1801, he decided to confront the Tripoli pirates who had been kidnapping American ships and sailors, among other outrageous acts. Though inclined toward diplomacy, Jefferson sent warships to blockade Tripoli and protect American shipping, and then escalated to all-out war against the Barbary states.

The tiny American flotilla—with three frigates representing half of the U.S. Navy’s top-of-the-line ships—had some success in blockading the Barbary coast. But that success came to an end when the USS Philadelphia ran aground in Tripoli harbor and was captured. Kilmeade and Yaeger recount the dramatic story of a young American sailor, Stephen Decatur, who snuck into the harbor, boarded the Philadelphia, and set her on fire before escaping amid a torrent of enemy gunfire.

Another amazing story is that of William Eaton’s daring attack on the port city of Derna. He led a detachment of Marines on a 500-mile trek across the desert to surprise the port. His strategy worked, and an American flag was raised in victory on foreign soil for the first time.

« PreviousThe Glorious Quest
Next »Congressman Chris Gibson: Almost A Sure Bet to Be Running for NYS Governor in 2018