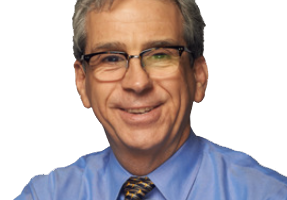 A while back, I was told 2022 is a Perfect Storm for Republicans. A combination of events will enable us to win in very blue New York City. That sounds great, but it is important to remember that this Storm is not made of rainbows and sunshine; it’s made of disasters.

Relentless waves of crime, violence, and lawlessness. Soaring prices for food, gas, school supplies, and rent. Failing schools with administrators who focus on indoctrination more than education. A tidal wave of migrants and human trafficking at the southern border. Political weaponization of justice departments in Albany and DC. It is hard to believe all this is happening in America in 2022.

We know who’s to blame for these disasters. Kathy Hochul –a walking disaster since she took over as Governor– inherited the “bail reform” mess from Cuomo, but now owns it. She won’t repeal this reform no matter how many New Yorkers die. Hochul must go.

After more than four decades in Washington, Chuck Schumer stopped representing New Yorkers. Instead, he champions Biden’s pivot to the far left – while NYers suffer from the resulting inflation, crime, migrant influx and failing schools.  Schumer must go.

Twenty-four-year Congressman Gregory Meeks is just as destructive. He has been pushing for more Build Back Better spending  –despite inflation– and is doing nothing as Chair of the Foreign Affairs committee to quell the flood of illegal immigration.  Meeks must go.

Letitia James is the chief law enforcement officer of NYS. Instead of impartial justice, she is an active partisan. She attacks national Republicans (Trump, Haley) and defends Hochul’s quarantine camps – even after they were ruled unconstitutional.  James must go.

The list goes on and on but you get the gist.

Fortunately, the Republican Party has the cures: Lee Zeldin, Joe Pinion, Michael Henry, Paul King, Paul Rodriquez, Juan Pagan, Tom Zmich, Tina Forte, and a host of NYS Assembly candidates like Tom Sullivan and Marilyn Miller. We are ready to vanquish the Democrats who sold out their constituents in the cynical hope of retaining one-party rule and personal power.  And we know how to undo their disasters.

To win, we need your votes… but we also need your help. The Democratic party is already using absentee ballot applications to cheat. To overcome their corruption, America and New York need a Red Storm of honest Republican citizens to step up. Spread the word, post signs, call neighbors and get out the vote! Election Day is D-Day!

An online poll conducted by The Wave shows that their readers want change in their government, and it shows Paul King way ahead of Greg Meeks in the poll.

« PreviousMarilyn Miller: Running to Restore Law and Order
Next »Honoring Queens: The Person and the Place