A Report on the “Specialized High School Controversy” Public Forum

A Report on the “Specialized High School Controversy” Public Forum 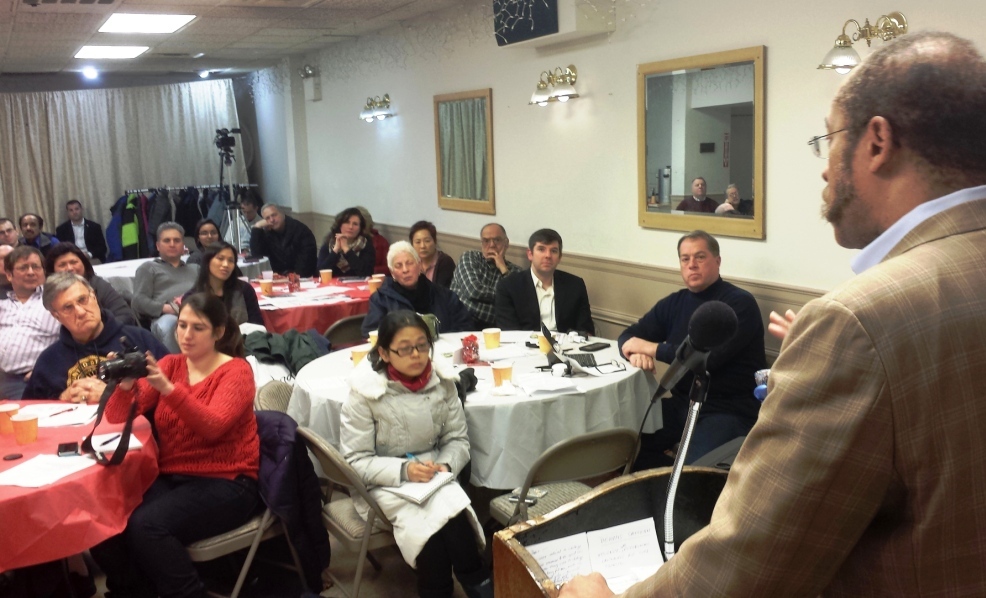 The Queens Village Republican Club presented a public forum on the “Specialized High School Controversy” on Thursday evening, February 5th, at the Knights of Columbus in Glen Oaks Queens as the better part of the monthly general meeting. The format was a nonpartisan panel discussion with experts, SHS students and alumni who discussed the mission the tradition of academic excellence and the fight to preserve the high standards of the SHSs. Quality of education is one of the foremost values that Republicans and nearly all New Yorkers share, because education is the gateway to the American Dream. 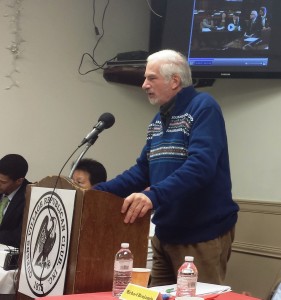 The panel included the moderator, Professor Jerry Matacotta, Founder of the acclaimed History Seminar Series at Queensborough Community College Continuing Education Dept. The following people were on the panel: 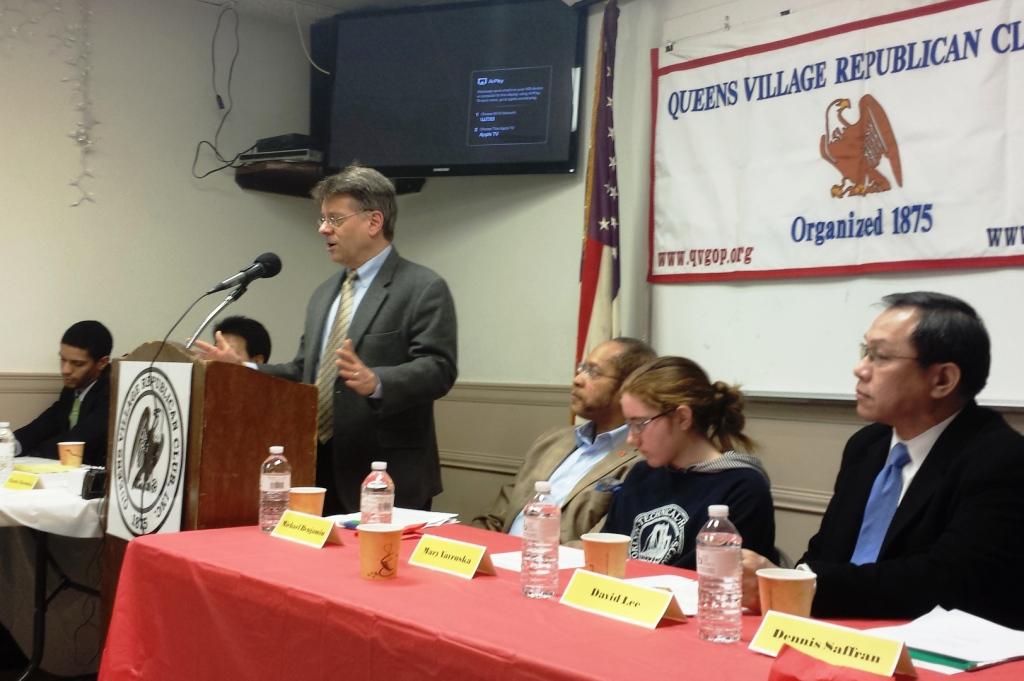 Dennis Saffran gave a brief overview of the 100 year history of Specialized High Schools, which has produced dozens of Nobel Laureates, Pulitzer Prize winners, Intel Science Finalists, International Science Fair winners and a quarter of whose graduates get accepted at Ivy League colleges. The Specialized High School Admissions Test (SHSAT) has always been the single objective test for admissions. The Hecht-Calandra bill of 1971 established the SHSAT exam as the sole objective criterion for admission, temporarily protecting it from NYC’s tendencies to level the playing field and loosen the standards. Since the ‘60s and ‘70s these schools have been under attack with people saying they have been too exclusive, catering to wealthy white and Jewish students, but that not enough blacks or Latinos have been accepted.  But Saffran gave statistics showing that that while blacks and Latino enrollment is low, white enrollment has in fact plummeted, while economically disadvantaged Asian students are excelling and their enrollment into SHSs has “skyrocketed.”

In a video presentation of a City Council testimony of Janella Hinds, United Federation of Teachers Vice President for Academic High Schools said NYC is a “beacon of diversity,” and that employing the results of a single test is unfair, and talented students across the city are prevented from taking the exam.  Moderator Matacotta called this presentation “gibberish,” saying there was never a vote, no consensus.  What the UFT is doing today is criminal, victimizing students from certain racial groups and keeping them down, unlike the days of Albert Shanker which fought for high standards of achievement all across the board. The UFT of Shanker’s era would never have been against this test. 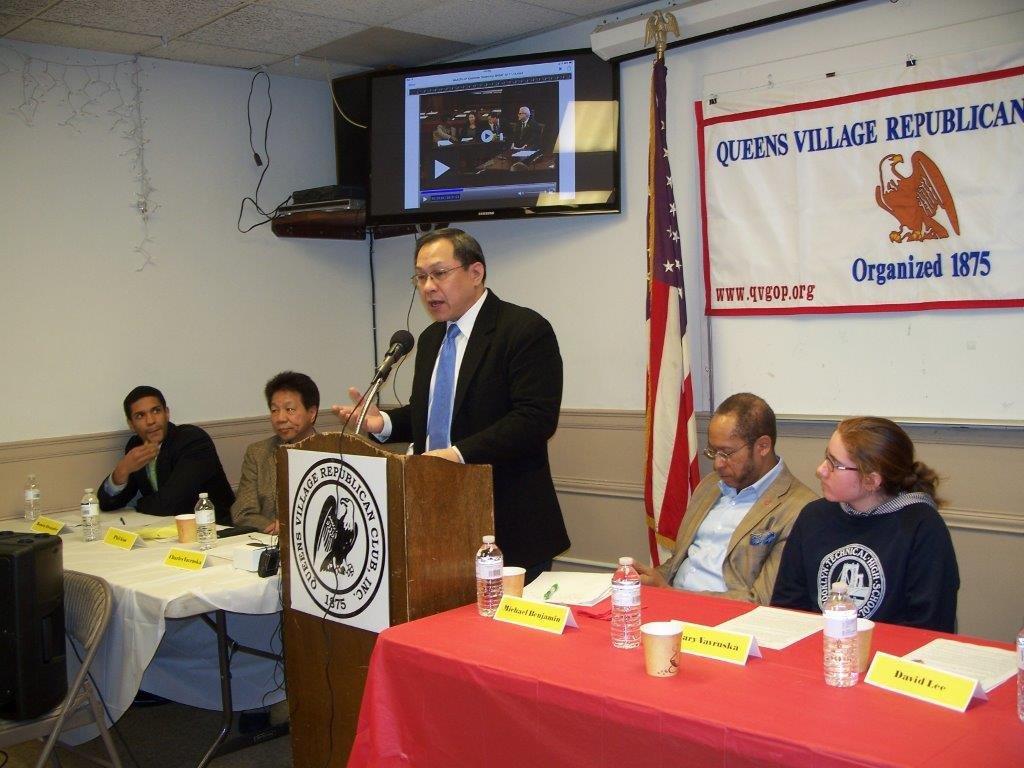 Panelist David Lee spoke about CoalitionEdu, an education advocacy group seeking to preserve the competitive scholastic admission examination policy to the SHSs of NYC.  He and Phil Gim met in a restaurant and created the advocacy group composed of SHS alumni, students, parents, and community leaders who have come together to support the integrity of the current SHS admission process, which is objective, rigorous, competitive and unbiased. Changing the admissions process will destroy the culture of high achievement and undermine the history of these fine institutions. The problem of racial disparity lies with the failure of our K-8 public schools to address the issues of High School readiness, not with the SHSAT. Holistic approaches have been used in the past to exclude rather than include minority groups such as Jewish Americans, and now the same approaches will be employed to target Asian Americans. 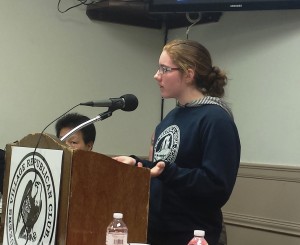 Next, Mary Vavruska, a student at Brooklyn Tech, said she has been in gifted and talented programs since kindergarten, and continued through high school. At Brooklyn Tech she has had challenging courses, including drawing and drafting and has enjoyed learning and achieving. When asked how she prepared for the SHSAT, she mentioned the Kaplan Program, and she had a math tutor two days a week after school.

Michael Benjamin spoke about tutoring programs, emphasizing after school tutoring.  He used the Barron’s test prep books and recommended them to help students prepare for the SHSAT.  School guidance counselors, principals and teachers should know who the gifted are.  They should determine who are the brightest and see that they advance. 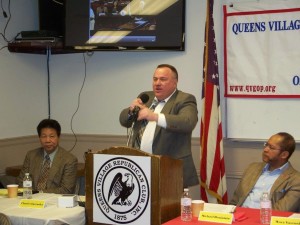 Charles Vavruska briefly looked at the history of the liberal movement up to the current administration of NYC that has challenged the exceptionalism of America and punished success and achievement in every institution of our society.  They are now taking aim at NYC’s Specialized High Schools, to undermine them as well, and their traditions of high scholastic achievement. 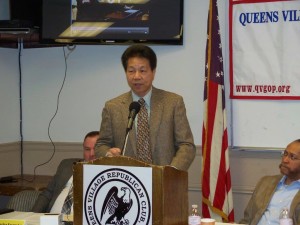 Phil Gim spoke of the Asian perspective mentioning that 73% of the students at Stuyvesant are Asian.  After immigrating to America from Hong Kong and other regions of China, Asian families made great sacrifices to achieve the American Dream. Many didn’t go out to eat, didn’t take vacations, so their children could take preparatory classes to get into the SHSs.  That’s what happened to Mr. Gim.  He said that rigor of hard work and study helps students do well in college. 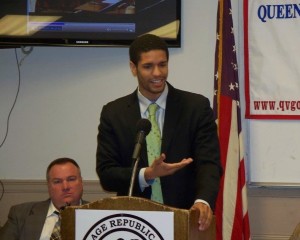 Romeo Alexander told his own story of stumbling into test preparation in the 6th and 7th grades. He took special prep classes from Monday through Friday and all day Saturday, working and studying hard. That’s how he got into Stuyvesant. He also used Barron’s books. As a black student, they thought he was admitted to Harvard on a basketball scholarship, but when they found out he was a Stuyvesant graduate, they realized he was admitted on his own merit.

Jerry Matacotta emphatically said he has a solution. These achievers we just heard from should go back to their schools and tell them how they have achieved. They need to see heroes like you. Go back to the classrooms and the public schools and tell your stories.  He said anyone can learn and get ahead in this country.

Media was present and a videotape of the entire program will be posted on the QVGOP website shortly.

« PreviousPublic Forum on Specialized High School Controversy
Next »Is America a Fair and Just Society?