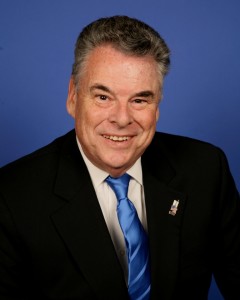 The Queens Village Republican Club is pleased to announce that Honorable Peter T. King, Member of Congress, (R-NY2), will be the keynote speaker at our 139th Anniversary Lincoln Day Dinner on February 9, 2014.  This spectacular annual event hosted by the oldest Republican Club in America, will take place at Antuns of Queens Village, famous for its world class cuisine and catering, which has celebrated every New York governor, mayor, and nearly every president of the United States.

We will celebrate our hometown hero, Rep. Peter King, who has announced his aspirations for the presidency in 2016. Nassau County Republicans recently gave their public endorsement to Congressman King and stated emphatically that he is poised to win the presidency.  Rep. King is a hero to many since he stood up for New York devastated by Superstorm Sandy. He led a successful fight against fierce opposition to obtain $60 billion in emergency funding for victims of the storm. As Chairman of the House Homeland Security Committee, King fearlessly took on the sensitive issue of home-grown Muslim terrorists radicalized in the United States and stood alone in the face of rabid opposition from special interests funded by their malevolent allies abroad. Rep. King has always been the leading defender in Congress of the State of Israel and American interests abroad. 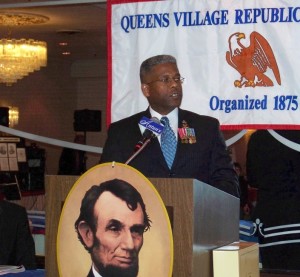 We expect another spectacular success and a sold-out crowd as excitement builds for our best dinner party to date. The Queens Village Republican Club has earned the reputation as the producer of the bellwether Republican political gala of the year. As one of our past Lincoln Dinner keynote speakers, Lt. Col. Allen West, former congressman from South Florida, said: “As the oldest GOP club in America, it is your duty to carry the torch for the Republican Party and its core principles for the whole nation.”

Media contact: James Trent: 718-343-8830  JTrent8830@aol.com
Please go to our Website or the Printable Lincoln Dinner Flyer for more information or to make reservations.