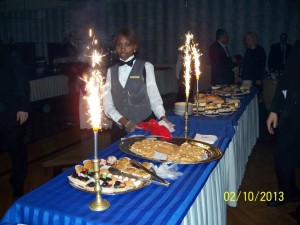 Over the decades the Queens Village Republican Club has earned the reputation as the producer of the most lavish Republican political event of the year: the annual Lincoln Day Dinner. Our Club revived this exciting event around 1994 after a hiatus of several years. Today it is once again the event to be at and be seen at. A sampling of past bold face headliners include: Florida Congressman Lt. Col. Allen West, Mayor Bloomberg, State GOP chief Ed Cox, NYS gubernatorial candidate and author Herb London, anti-Islamist firebrand Pam Geller, Congressman Rick Lazio, Guardian Angels founder Curtis Sliwa, CUNY board member and lightning rod Jeffrey Wiesenfeld just to name a few. 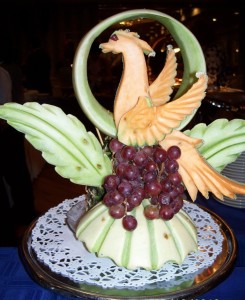 This year will be no less an event to remember. On Sunday, February 9, enjoy a five-hour over-the-top dinner party with full cocktail hour, open bar, sumptuous sit-down dinner with dessert and patriotic grand finale Viennese table. Music and dancing follow up the speeches. We will be graced by the presence of actor and producer, Tony Lo Bianco as the Master of Ceremonies, 2013 Republican City Comptroller candidate, John Burnett who will give the Lincoln Address, and Congressional candidate and our American Patriot of the Year, Dan Bongino. Also we have lined up our businessman of the year, entrepreneur of the year, lifetime achievement award awardee, and veteran of the year. We are still working on the keynote speaker and other leading speakers. These will be announced shortly.

Please print out the invitational flyer to purchase your tickets. You may use the handy coupon on the flyer to purchase your tickets or to buy an ad. We are holding the price still at $100 per person – a bargain by today’s dinner-dance standards. And don’t forget to take an ad in our souvenir Journal/Program. This handy publication includes the bios of all the major speakers and your ad here shows you support the Club and the principles of the Republican Party. See you on February 9th!!

PRINT OUT LINCOLN DINNER FLYER TO PURCHASE YOUR TICKETS

« PreviousStand Up for NY
Next »Rep. Peter King to Headline the Lincoln Day Dinner