QUEENS REPUBLICANS SPEAK OUT TO CHANGE THE STATUS CUOMO

Chanting “hey hey, ho ho, Andrew Cuomo’s gotta go,” a coalition of over two dozen vocal Queens and Nassau residents held a press conference today at Queens Borough Hall organized by the Queens Village Republican Club, to announce Governor Cuomo’s interim performance evaluation. Earlier this year, when the Governor made his offensive and arrogant remarks that if you don’t agree with his political views, you have no place in the State of New York, we came out to Borough Hall on a cold snowy day and raised our voices demanding an apology. We gathered today to let all New Yorkers hear that we’re going to change the Status Cuomo and stop the decline of New York, come November.

Joseph Concannon, NYPD Captain (Ret.) and former City Council candidate spoke about Cuomo’s interim evaluation announcing failures for our Governor on each issue. Cuomo failed in education policy by the disastrous implementation of Common Core. He failed the law enforcement community and many law-abiding gun owners by criminalizing them overnight with the passage of the NY SAFE Act. He failed to reform the cesspool of Albany politics by continuing the culture of corruption. He failed homeowners by allowing HUD to dismantle the zoning laws of New York suburban neighborhoods. He failed all religious New Yorkers by suppressing their religious freedom when he signed Obamacare into law by Executive Order. Governor Cuomo failed all New Yorkers by having the worst economic outlook, the greatest outflow of residents to other states, the highest taxes, and by continuing to be ranked the most corrupt state in the nation.

Concannon emphasized that Westchester County Executive Rob Astorino would provide the kind of leadership New Yorkers yearn for since he succeeded in the economic turnaround of Westchester County. We look to C.E. Astorino to restore religious freedom and to respect the rights of all individuals whether or not he personally agrees with them.

Rosemary Serra, President of the Nassau County Federation of Republican Women, urged everyone to raise their voices and bring everyone with them to the polls in November to end the disgrace of Governor Cuomo’s failed leadership.

Cathy Donohoe, President Bridge to Life rebuked the Governor’s arrogant assertion that religious Catholics like herself and religious people of all faiths should leave the state because Cuomo doesn’t approve of our beliefs. The Governor’s failing grade on religious freedom concerns the imposition of laws and policies emanating from both the Federal and State Government which focus on the HHS Mandate, which the Governor signed into law by Executive Order, which forces religious people to go violate their beliefs. It forces all people no matter what religion they practice to put the government as the first priority and their personal beliefs as secondary. This is New York State, where all are welcome and where all religions can be practiced freely without interference from Government.

Scherie Murray, State Comitteewoman (AD-29) proudly affirmed that she stands together with her Republican colleagues in calling for better leadership for NYS. “Governor Cuomo is the wrong leader for New York. He is a bully,” she said.

Below are some photos of speakers participating in the conference. 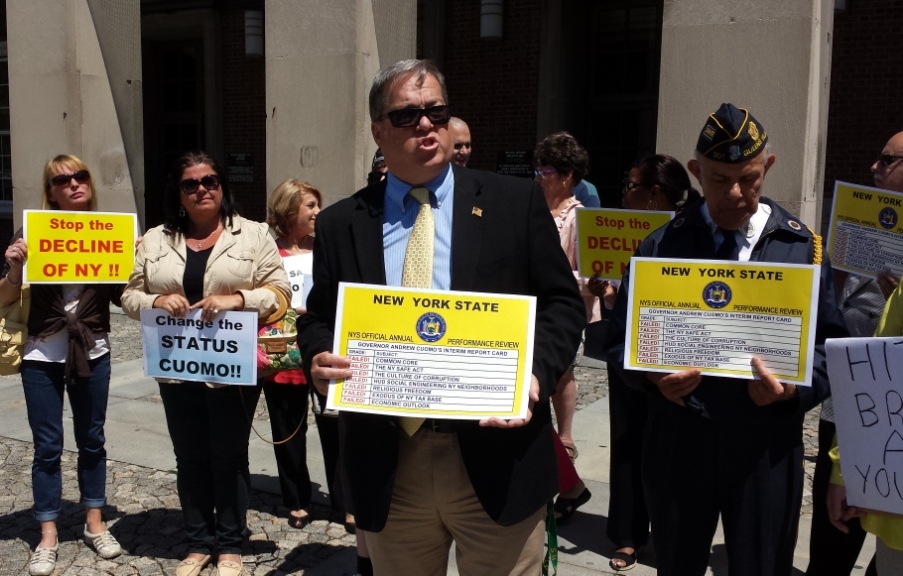 Joe Concannon evaluates Governor Cuomo as failing on all the issues. 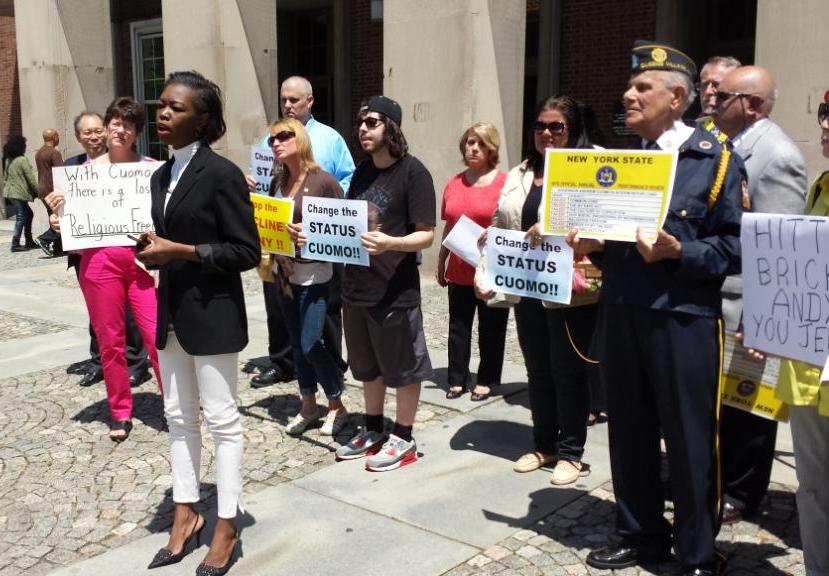 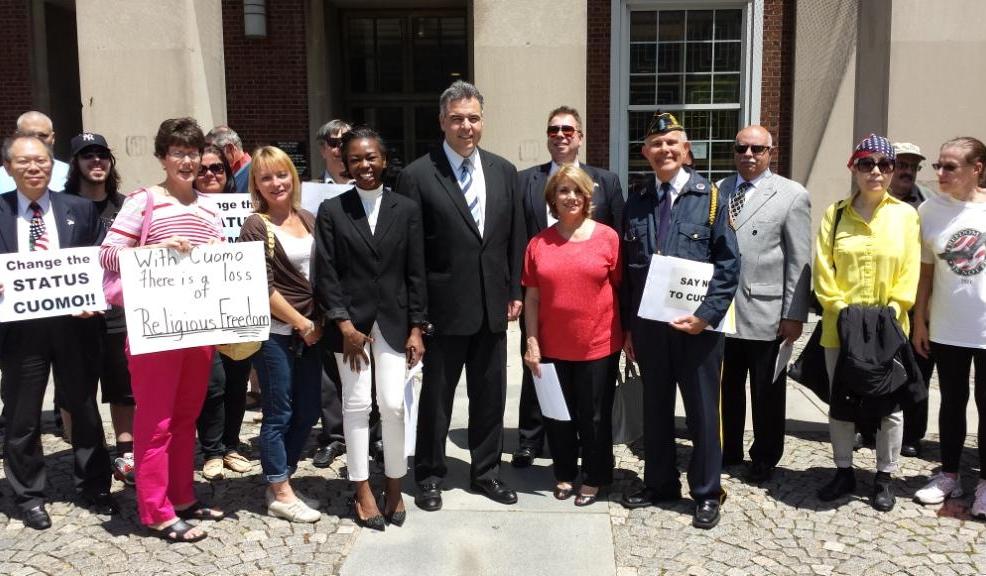 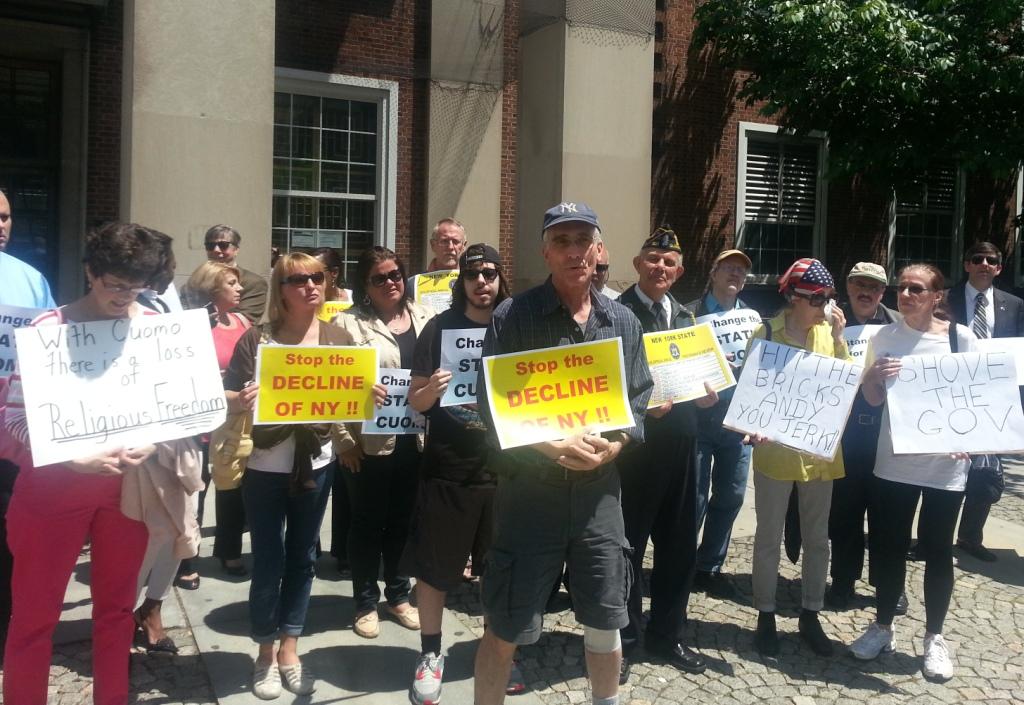 Rockaway Republican Club President Alan Zwirn calls for Queens Republicans to fight the Status Cuomo together until victory in November. 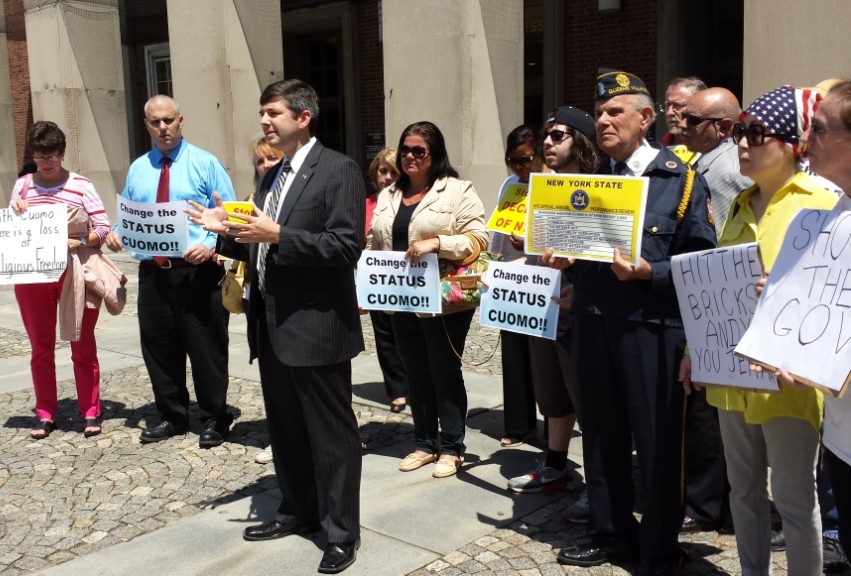 Frank Scaturro, Republican congressional candidate speaks out passionately and eloquently for principled leadership and a return to our Constitution. 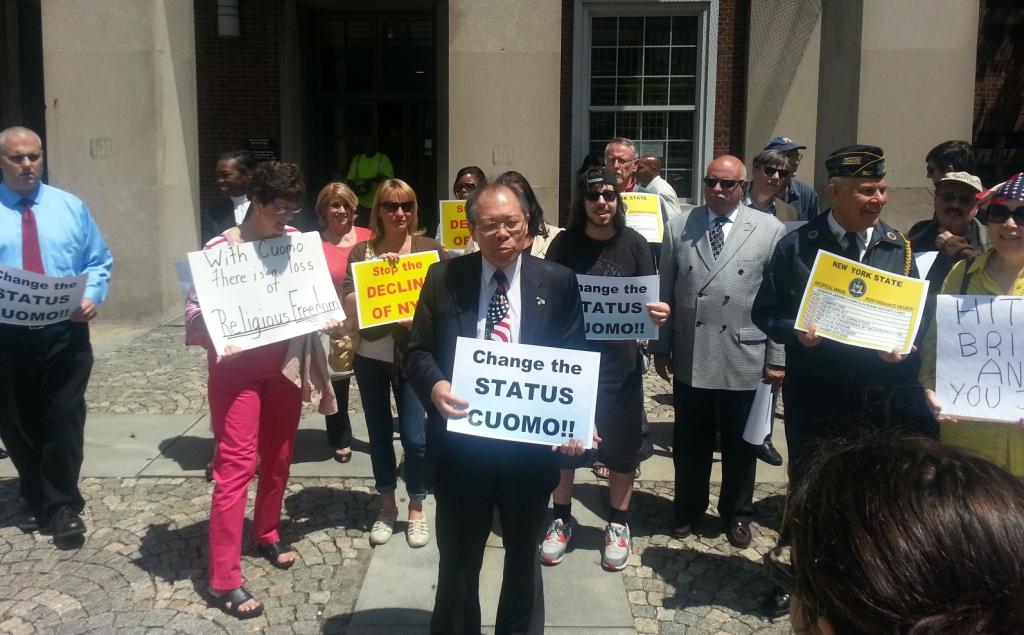 Hank Yeh, Republican from Northeast Queens says that we will raise our voices and no longer be silent. 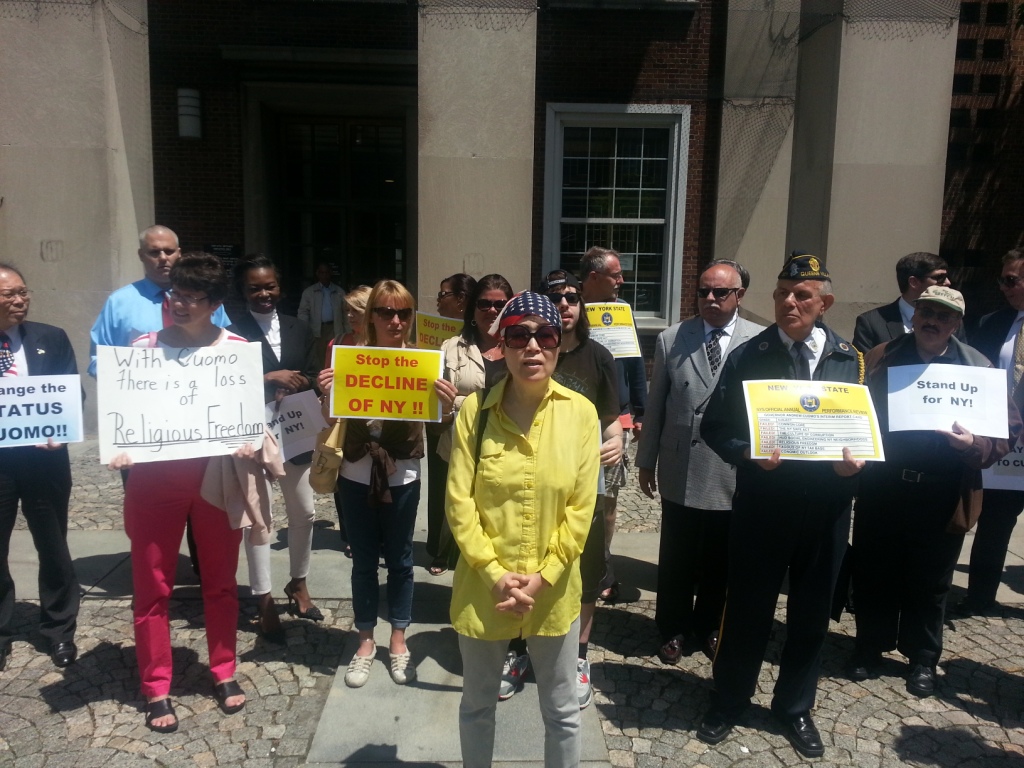