All Americans Unite behind Donald J. Trump, our President of the United States 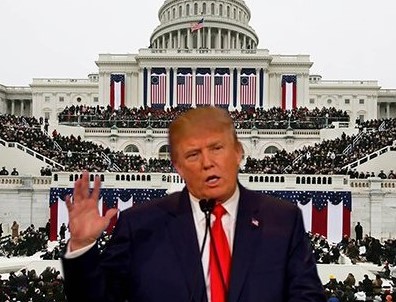 It is now official that Donald J. Trump taken the oath of office, and is now president of the United States of America. Now let me point out that as a nation we ought to be united behind our president and should show him respect for the office he now holds. Now many groups around the country are protesting, including in Washington D.C. That includes some in congress who are boycotting our new president and who did not attend the Inauguration, which I find most troubling. And yet nothing can change the fact that President Trump is now our president and Commander-in-Chief of our armed forces. We need to give President Trump a chance to make America great again and show him the respect his office deserves. He needs our cooperation and respect for America to be united so we can move forward and so democracy can thrive. Our differences must not divide us but lead us in directions that can unite us and help us to accomplish much in areas that serve the greater good. In closing let’s pray for President Donald Trump and that he succeeds for all Americans. Also May God Bless America in these most difficult times.

« PreviousVideo: Michael Cutler’s speech on the Immigration Crisis under the Trump Administration
Next »Achieve Great Victories in 2017