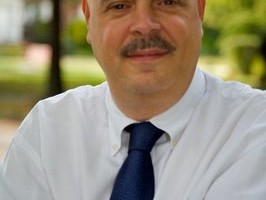 The NYPD had a 70 percent approval rating the day Mike Bloomberg left office. In a year since the new mayor has been elected, many feel this city is not the same. Elections have consequences, and we are seeing those consequences now play out in real time. On Jan. 13 at noon at Queens Borough Hall, 120-55 Queens Blvd in Kew Gardens, you can have the mayor hear your voice. A huge nonpartisan public rally to support and honor the NYPD is being held on that day. 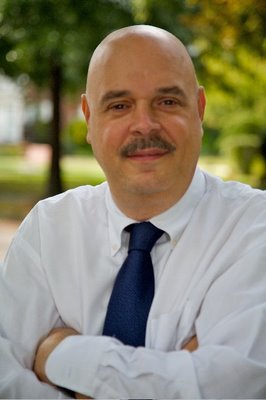 Our city is in mourning over the tragic loss of two of New York’s Finest, murdered in an unspeakable act of violence while sitting in their patrol car on a Brooklyn street a week before Christmas.

This sickening assassination came in the wake of unrelenting divisiveness and racially charged rhetoric almost daily from Al Sharpton, Mayor Bill de Blasio and other elected officials in response to the incidents in Ferguson, Mo., and Staten Island.

The incendiary rhetoric emanating from City Hall for weeks has exposed police officers to violent behavior that often percolates when raw emotions are stoked and racism is blamed for all perceived transgressions of police conduct. The absence of rational analysis amid many disparate factors brews a toxic mindset that can foment distrust and provocation.

Despite pressure from outside groups, even the family of Eric Garner refused to join the chorus of “racism” that was blamed for his untimely death. But with de Blasio at the helm, it seems that all incidents are viewed through a colored lens.

Dire predictions of mayhem and violence emanating from the cascade of incendiary rhetoric from elected officials was not unforeseen by the Patrolman’s Benevolent Association and others who were summarily ignored by the mayor and City Council.

Instead, these elected officials propagated an atmosphere that led to thousands of organized protesters in Manhattan chanting “What do we want? Dead cops! When do we want them? Now!”

One need look no further than Dr. Martin Luther King, Jr., to understand that words and symbolism matter and have consequences. When the spoken word called for restraint and temperance, Mayor de Blasio’s escalating rhetoric was nothing short of divisive and reckless.

Instead of aspirational leadership, emotions are stoked when the mayor tells us that he “had to literally train” his son Dante, “in how to take special care in any encounter he has with police officers.”

The mayor should be reminded that the NYPD not only resembles the city it represents, but has the fewest incidents of police initiated shootings per capita of any city in the nation. It is an exemplary institution that should be emulated not excoriated.

The mayor’s heated rhetoric has arrayed a large swath of the city’s residents against those very officers who are charged with their protection and safety.

On Dec. 8, a near majority of City Council members participated in a “die-in” demonstration at City Hall, lying down and playing dead on the City Council floor. Afterwards, a few of them left the chamber to join marchers in a disruptive traffic-blocking protest on Broadway.

These very same public officials who, blatantly or subtly, accused the NYPD of institutional racism and malfeasance and participated in demonstrations supporting such condemnation have rightly cried out against this brutal assassination but should now not pretend that their actions are disconnected from the atmosphere they themselves helped create.

Patrick Lynch, president of the PBA, spoke of the dangers of such behavior by elected officials and called their actions on Dec. 8 “reprehensible.”

When City Hall is turned into street theater and divisive provocation from political leaders goes unchallenged, bedlam and disorder will result. The psychopathic killer of the two police officers was just as sick months ago as he was last week. We’ll never know if the racially charged atmosphere incited by elected officials and community activists was the nudge needed to embolden such action by these types of deranged individuals. Once uncorked, it’s hard to put the genie back in the bottle.

The NYPD had a 70 percent approval rating the day Mike Bloomberg left office. In a year since the new mayor has been elected, many feel this city is not the same. Elections have consequences, and we are seeing those consequences now play out in real time.

On Jan. 13 at noon at Queens Borough Hall, 120-55 Queens Blvd in Kew Gardens, you can have the mayor hear your voice. A huge nonpartisan public rally to support and honor the NYPD is being held on that day.

Bob Friedrich is president of Glen Oaks Village, a community leader and former candidate for the NYC Council

« PreviousMERRY CHRISTMAS FROM QVGOP!
Next »Who’s protecting our Finest?