March to Support our NYPD

This is a copy of the letter by Queens Village Republican Club member, Frederick Bedell, published in the Post and the Queens Courier, calling for a counter march in support of New York’s Finest. 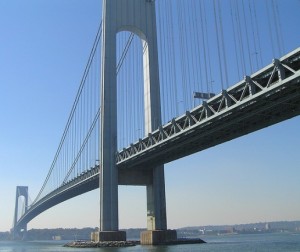 The Rev. Al Sharpton was looking to hold a march walking across Verrazano Bridge to protest the death of suspect Eric Garner who died while resisting arrest. But because of logistic problems he has change the venue whereas protesters will now park their cars and busses in Tompkinsville where Garner died, and march from that address to the office of Staten Island DA Dan Donovan. Now this was a tragic outcome with the encounter with the police. And for that we all grieve for the death of another human being.. And yet our men and women in the NYPD risk their lives everyday protecting those that need protection from the gangs and criminals who seek to do the average person harm. Not to mention there have been innocent children that have been murdered and shot with illegal hand guns. Let us also not forget their valiant efforts in protecting us from terrorists. Well if Al Sharpton wants a march so be it. But in that case I call for a counter march but not only in Staten Island but in every borough, town and village in New York in support of our Finest who for the large part go beyond the call of duty protecting and serving in the communities in which we all live. It’s time for all law abiding citizens to stand up and say to our Finest,” Thank you for all that you do, you men and women of the NYPD blue and for that you are truly true Blue.”