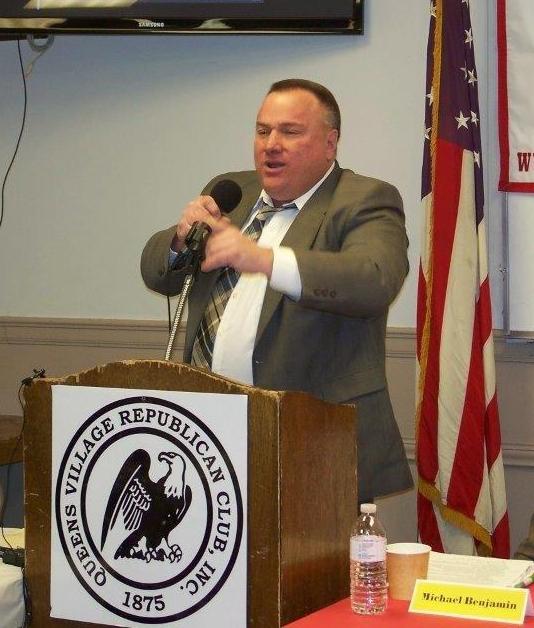 This past Friday night I was putting up fliers in Maspeth, Queens for a candlelight vigil at our local police precinct in observance of National Police Week. I went into a pizzeria that was always willing to hang up fliers or make donations to schools events I have run in the past. I was a little taken aback when the owner hesitated about putting it in his window. He explained he was worried someone may break his window and it costs about one thousand dollars to replace. He agreed to place the flier in the window but said he was only doing it as a favor to me. Leaving the pizzeria I was struck with thoughts of how rioting and vandalism on the part of anti-police protests have affected the freedom of speech of those who support the police. When our leaders give a wink and a nod by not immediately and forcefully condemning these violent protest, as both President Obama and Mayor de Blasio have failed to do, they are not only put at risk the safety and property of those in the vicinity of the protests but abetting in suppressing free expression for us all. The media who claim to vigorously defend free expression are complicit in this by giving wall to wall and sympathetic coverage to violent protest while ignoring peaceful protest that does not fit their agenda.

The Sunday before I had participated in a march over the Brooklyn Bridge with thousands of others, predominately Asians protesting the indictment for murder of Police Officer Peter Liang. Officer Liang, who is Chinese was charged with murder after his gun accidentally discharged as he entered the stairway in a Brooklyn housing project and the bullet fatally struck Akai Gurly on the floor below. Many in the Asian community feel this incident is an accident and does not warrant criminal charges but should be handled internally by the NYPD. This march was very orderly with no violence or vandalism. Although the marchers spanned the entire length of the Brooklyn Bridge, the police were still able to stop the march for red lights and allow traffic to flow. This march was comparable in size to other well covered marches, however it barely got a mention in the English media. I wonder if instead of marching to Chinatown after leaving the Brooklyn Bridge, the protesters instead disrupted traffic on the FDR drive, would the media coverage have been so sparse.

The next day after my experience at the pizzeria a police officer was fatally shot in Queens. I don’t think any pizzerias are worried about having their window broken as a result.