Four New York City police officers will be honored for their bravery and courage, two of whom sustained injuries in the line of duty while serving and protecting fellow New Yorkers. Police Officers Kenneth Healey, Joseph Meeker, Peter Rivera and Taylor Kraft from the 103rd Precinct will be receiving New York’s Finest Award on March 22, at the 140th Anniversary Lincoln Dinner hosted by the Queens Village Republican Club. Also, the prestigious honor of New York’s Bravest award will be presented to FDNY Lieutenant William Miccio, on behalf of all our gallant men and women of the of New York City Fire Department 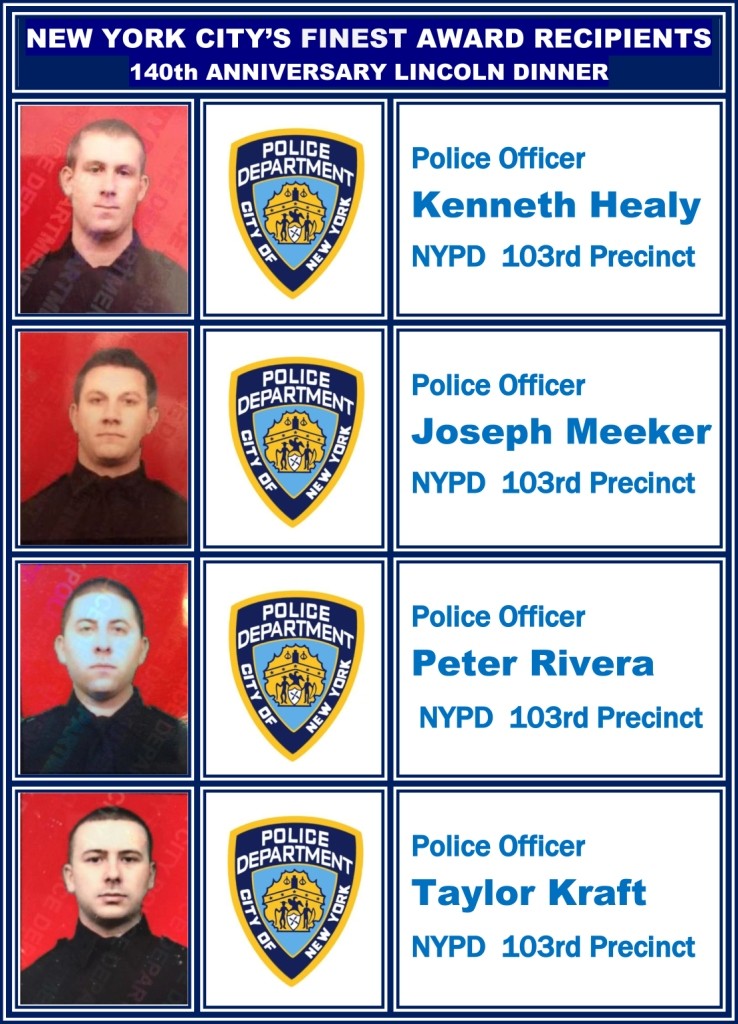 The president of America’s oldest GOP Club, Philip Orenstein said: “Since Sept 11, 2001, our heroic firefighters and police officers have put their lives in harm’s way and many have made the ultimate sacrifice for the safety and security of all New Yorkers. It is our moral obligation as grateful New Yorkers to stand up and say thank you, and this is what these awards and this dinner party is all about.”

On October 23, 2014, a recent Muslim convert launched a lone-wolf terrorist attack on four NYPD officers from the 103rd Precinct on Jamaica Avenue. According to the report from the 103rd Precinct, newly assigned Officers Joseph Meeker, Kenneth Healy, Peter Rivera and Taylor Kraft, appointed 01/08/14, were on their foot posts, assigned to the 103 Precinct impact zone prior to the assault. The officers were posing for a free-lance photographer when they were suddenly attacked by Zale Thompson with a hatchet. Officer Meeker reacted by raising his right arm and was subsequently knocked down sustaining injuries to his arm. Then Thompson continued his assault by striking Officer Healy with the hatchet resulting in injuries to his head. The attacker then began his pursuit toward Officers Rivera and Kraft where they soon turned the tide and fired several rounds ending both the attack and the life of the attacker, and thus preventing further harm. Officer Meeker was treated at a hospital and released the same day. Officer Healy was treated at a Queens hospital, listed in critical but stable condition until October 29, when he was released for rehabilitation. 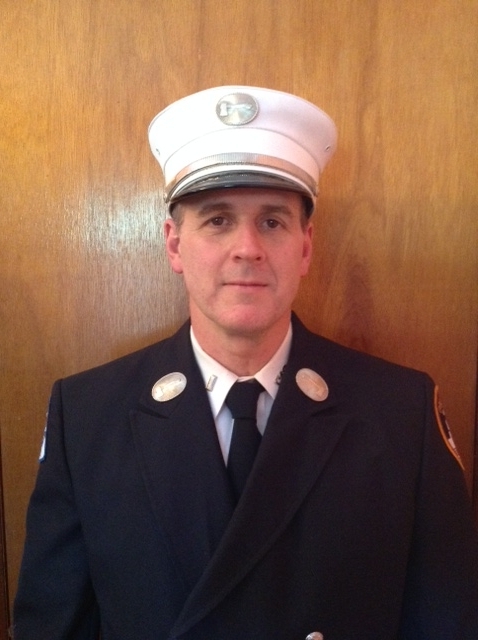 As a 28 year veteran of the FDNY, William Miccio will be receiving the honors on behalf of all FDNY and for the memories of those firefighters and police officers who perished on Sept 11, 2001. In order to preserve the memories of his fallen comrades, Lt. Miccio became active in the World Police & Fire Games in Barcelona, Spain in 2003, producing the FDNY Memorial, in order to say “Thank You” for all the international support that flooded into New York City in the aftermath of 9-11. As Vice President of the 2011 World Police & Fire Games, Miccio wanted to bring the heartfelt celebration of firefighters and police officers from around the world to New York City, on the 10 year anniversary of September 11, 2001, in order to remember all who were lost on that day. Miccio said: “Not even a hurricane could dampen the spirits of the 17,000 competitors from 73 countries who came here to compete in 70 different sporting events. Entwined in the Games were two themes: Remembrance & Gratitude…WE WILL ALWAYS REMEMBER.”