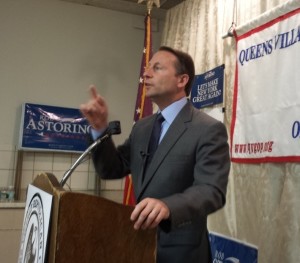 The Republican and Conservative candidate for governor of the State of New York, Rob Astorino running against Governor Andrew Cuomo, laid out his strategy for victory in the November election at the Monday evening June 30 event presented by the Queens Village GOP, the oldest continuously active Republican club in America. After a brief but glowing introduction by City Councilman Eric Ulrich (R – Ozone Park), Astorino addressed an overflow crowd of enthusiastic well-wishers who stood up and cheered several times, in the 110 person filled to capacity meeting hall at the Knights of Columbus St. Anne’s Council in Glen Oaks. Over a dozen guests watched the event on closed circuit TV set up in the backyard.

Astorino said Cuomo will win the “air game” with all his TV ads, but he confidently asserted that we will win the “ground game.” He reported that Cuomo is spending $150 million in start-up NY ads, which are in fact political campaign ads at NYS taxpayer’s expense.

He used a pie divided into three parts to describe his path to victory. Half of the total vote will come from upstate New York. Upstate is “on fire” for Astorino. The second part will be from New York City voters and he will need 30% of the total vote. Lastly, he needs to win in Westchester and on Long Island. To accomplish this he has already visited 56 of the 62 counties of NYS and has many more upcoming campaign rallies including a free public Astorino campaign event on July 7 at 7:30pm hosted by Rockaway Republicans at the Belle Harbor Yacht Club, a campaign event on July 13 at 6:30pm at the Greenlawn Moose Lodge, Greenlawn, NY, and the same day 2:00pm – 4:00pm at Sheraton Brooklyn New York Hotel, as well as events in the Hamptons and throughout the city and Long Island. 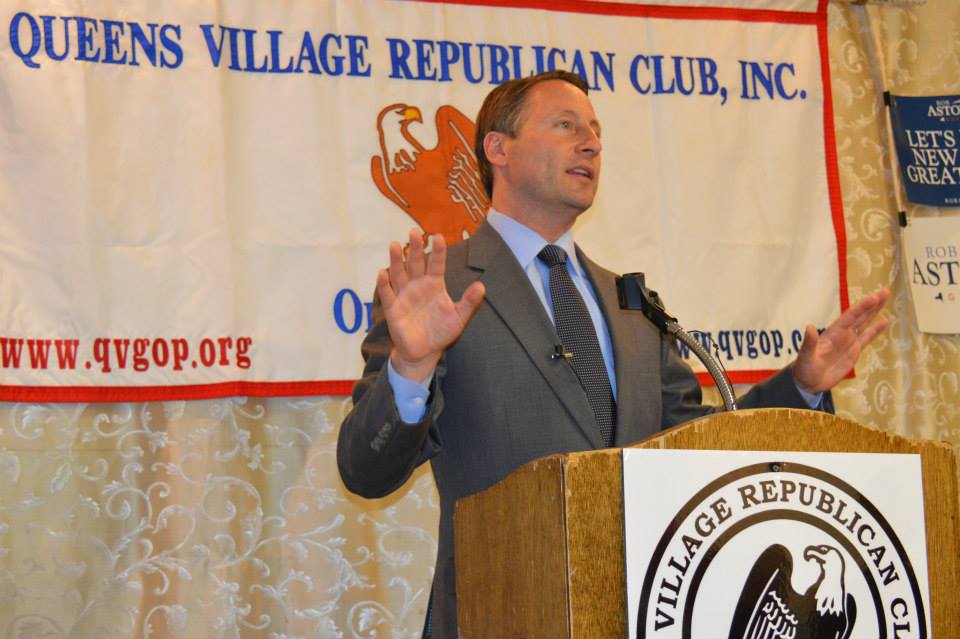 Rob Astorino presents his winning strategy for governor of NYS 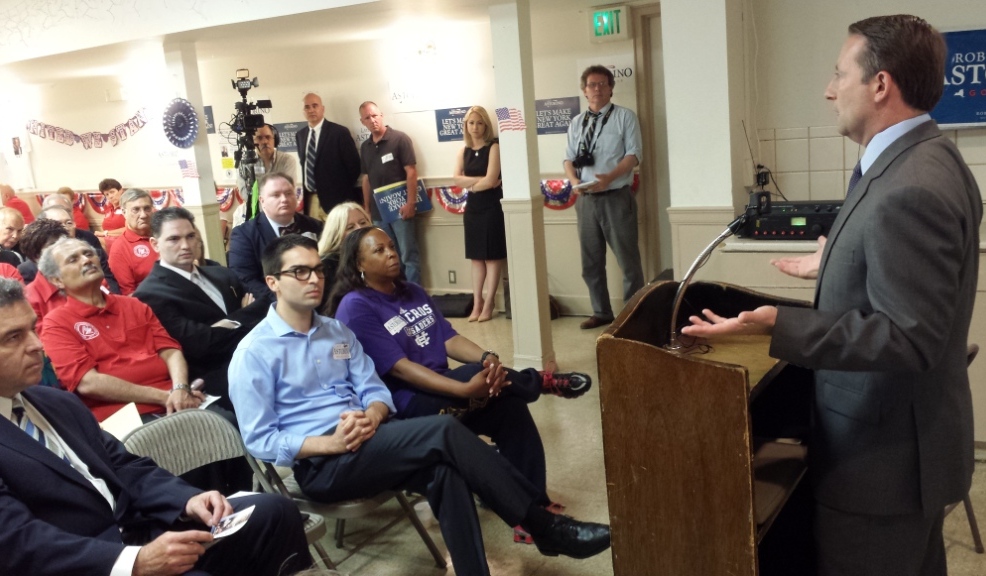 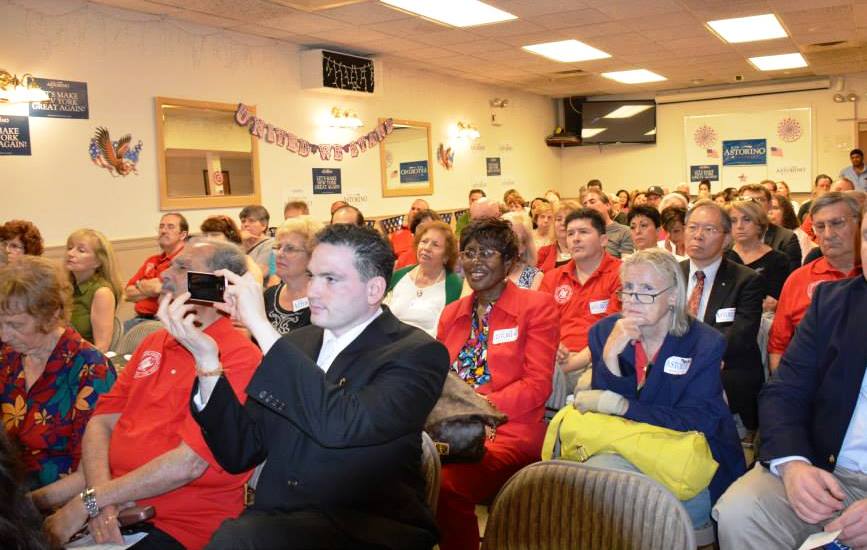 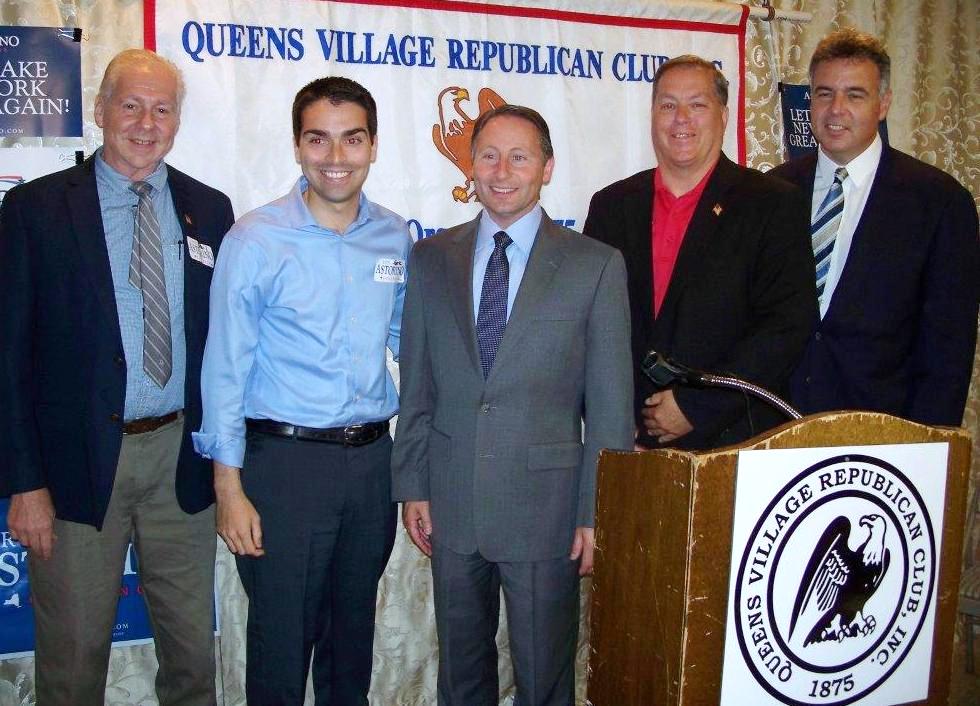 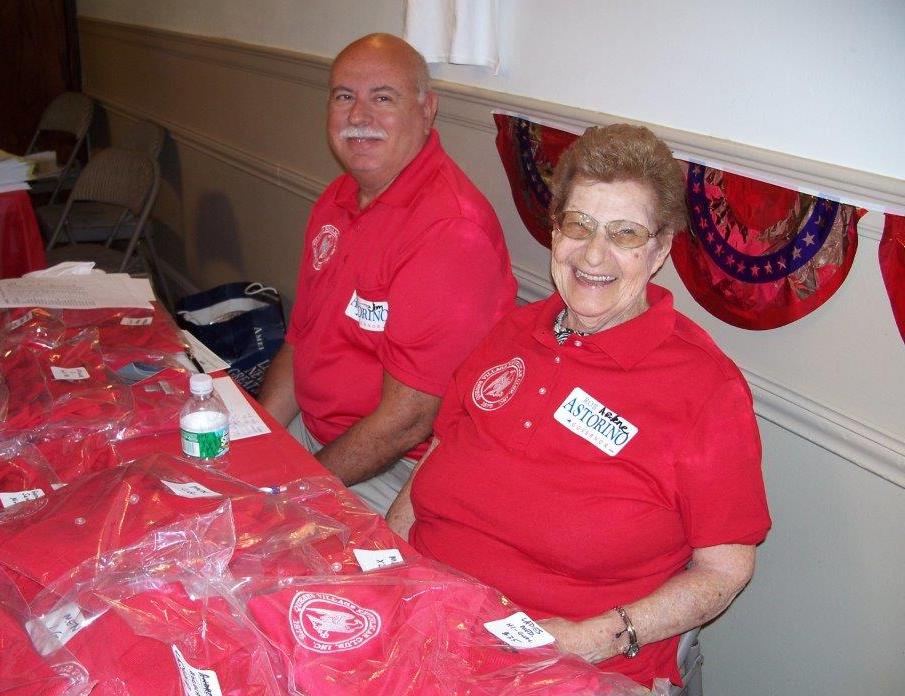 Chaiman of the Board Jim Trent and Arlene Mooradian, Club Financial Secretary 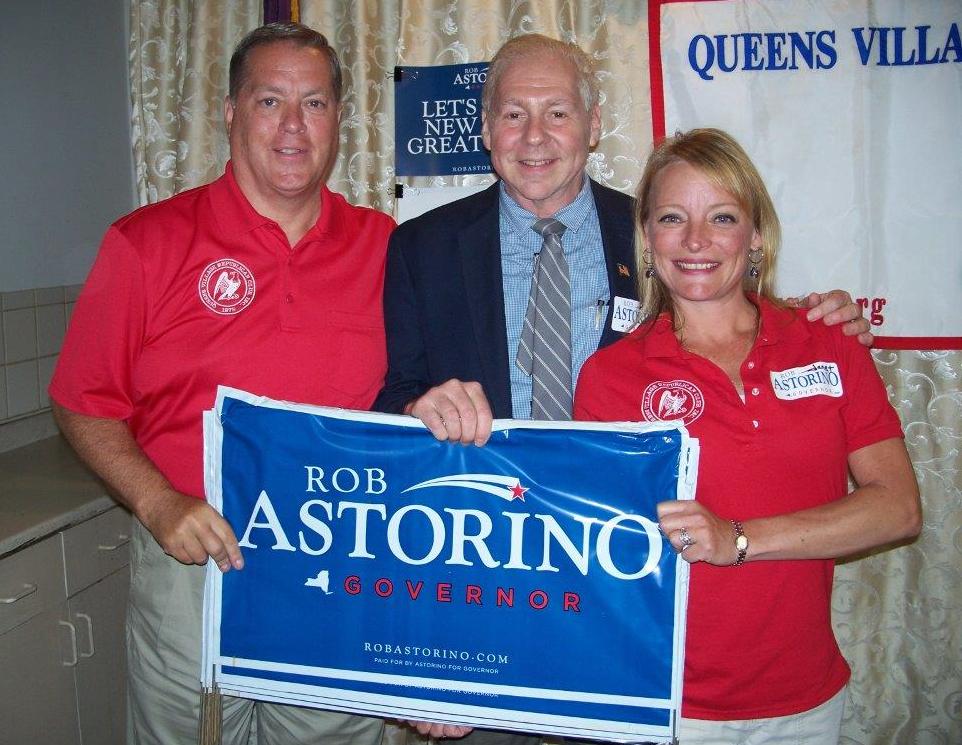