The Future of America is at the Lincoln Dinner

The Future of America is at the Lincoln Dinner

The theme of the 143rd Anniversary Lincoln Dinner is “The new golden era for America and the Republican Party.” The presentation of the “Future of America Awards” to three exemplary Young Republicans whose awesome energy, enthusiasm, and talent, will be the highlight of the dinner ceremonies, and will inspire everyone attending with great hope and promise for the future of America. Michael Conigliaro, the Managing Director of the Italian American Federation of Brooklyn and Queens, and mentor to one of the honorees, will present the prestigious awards, from America’s oldest Republican Club, to Nicole L. Weingartner, Chief of Staff of the New York State Young Republicans, Ryan J. Girdusky, President of the Middle Village Republican Club, and Michael Jannis, Legal Assistant at the law offices of Parola & Gross, LLP.

Read their complete biographies below or in the Lincoln Dinner Journals which will be distributed on Sunday, March 18th, the day of the gala event. 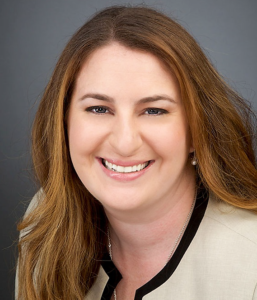 Nicole lives in Astoria, Queens with her husband, Executive Director of the New York Republican State Committee, Jason S. Weingartner, their Dachshund (Lady) and two turtles (Timothy & Crimea). They are expecting a baby boy this July. 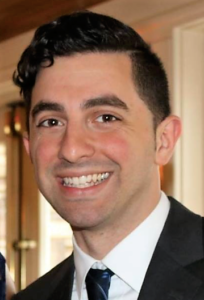 Ryan Girdusky is a native New Yorker who’s worked as a writer, pundit, and on numerous campaigns across the country including Bob Turner for Congress, Liberty for All Super PAC, and most recently Bob Holden for City Council. He is the chief strategist for two political consulting firms, the Logan Circle Group and The Yorkville Group.

My name is Michael Jannis and I am currently 20 years old, I was born and raised on Long Island, New York. I currently attend Nassau Community College where I am studying for my Liberal Arts Associates Degree. For my Bachelors, I plan on transferring to Adelphi University to study economics. My ultimate dream is to one day become an elected official and serve my constituents to the best of my ability, and maybe, one day become President.

My work in politics all began when I was 14 years old where I received an intern position at Congressman Peter T. Kings office and worked for him for about 3 years. Before entering I had very little knowledge of the political world, by the time I was in the 7th grade I knew I would like to work in politics and become a politician one day but I never knew where I would end up. Then in 2014 I received the news that a really good friend of my father was running for New York State Senate and was looking for help on his campaign and that man’s name is Michael Conigliaro. Through working on Michaels campaign, I learned the ins and outs of politics, community affairs, and social media expertise. Michael had also become a mentor and father like figure to me, teaching me basically everything I know about community relations, politics, and loyalty. Seeing my dedication and hard work, Michael had made me his Deputy Campaign Manager on both of his Senate Races knowing that I was fully capable of any work thrown at me.

I also served a short time as the Director of Communications for an education special interest group called New Yorkers United for Kids who fight for a clean Common Core repeal in the state of New York. Currently, I work as a Legal Assistant at the law offices of Parola & Gross, LLP. a matrimonial and estate planning law firm in Wantagh, New York.

When I’m not working or going to school some of my favorite things to do are being with my amazing family and friends, reading a good book, going to the gun range, going camping, playing Xbox, and so much more. I would not have made it where I am now without my family and friends, they all have been so overwhelmingly supportive of my endeavors and always push me to go further and reach higher goals, I am so grateful for them.