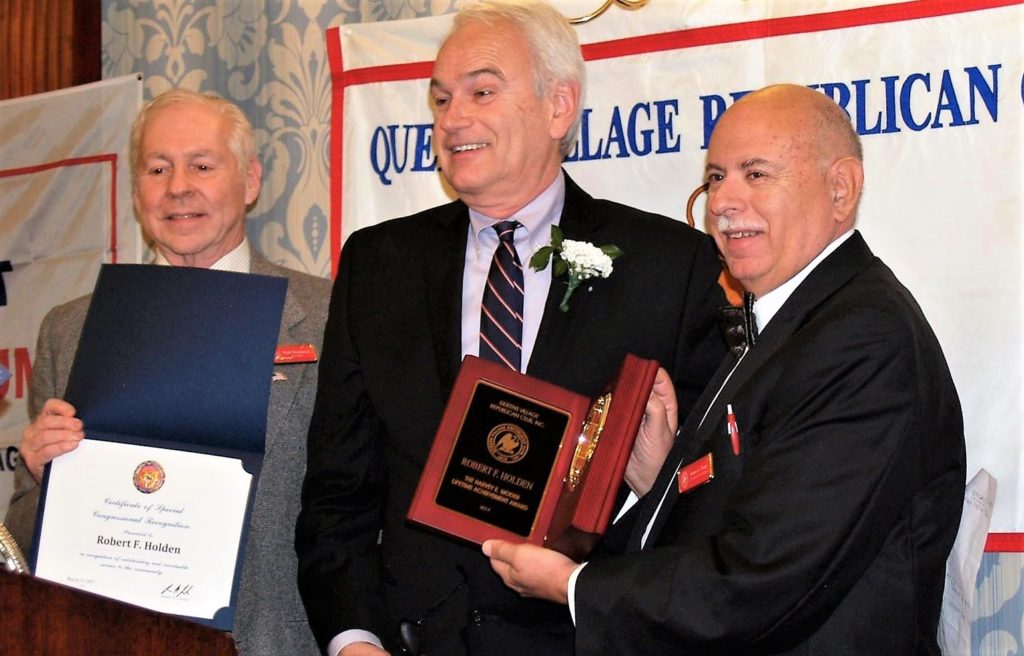 Robert F. Holden, President of the Juniper Park Civic Association, was honored at the Lincoln Dinner for Lifetime Achievement. He was the recipient of the Harvey E. Moder Lifetime Achievement Award for his full devotion of time and energy to benefit the community, and his lofty accomplishments, not the least of which is the Juniper Park Civic Association, which he has shaped into one of the leading civic groups in New York State. The award was presented by James A. Trent, President/Founder of the Queens County Farm Museum, President Four Borough Neighborhood Preservation Alliance Foundation, Chairman of the Board of the Queens Village Republican Club and Lincoln Dinner Chairman.