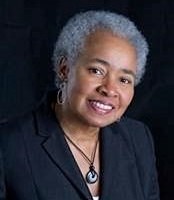 Enough with the Victim-hood: Millionaire Athletes and Their Lost Cause

Enough with the Victim-hood: Millionaire Athletes and Their Lost Cause 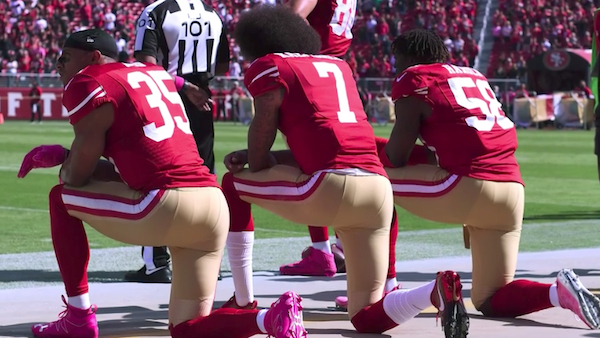 I must admit I have never in my life purchased a ticket to a sports event. I am not a sports enthusiast. But I am an American black citizen, and I have had it up to the gills with black people who embrace victimhood. I also highly resent my being expected to do the same in order to affirm my “blackness.”

Black victims these days, for the most part, are the product of decades of Black Americans being used primarily by white progressive leftists to advance an anti-American agenda.

The current brouhaha surrounding the despicable behavior of NFL athletes toward the National Anthem and the American flag is a prime example of what the Left has done to my race.

One must assume these players and their guilt-conflicted white coaches and owners (and victimhood-inflicted black coaches) are being manipulated by the Left, because no intelligent, thinking people would deliberately cut themselves off at the knees. Essentially, what these young misguided mostly black men are doing is ensuring the demise of their lucrative paychecks. Further, I would wager that if these teams consisted of all white athletes, none of this idiocy would be allowed. We are witnessing this travesty because the vast majority of players are black and can whine “oppression” if appropriate action is taken against them for their unconscionable behavior.

The twisted reasoning that claims these protests are to highlight “injustice” and “police brutality” is a laughable crock. What they do in fact is dishonor valued symbols of this nation’s heritage and cover over truth about black crime.

Black males bear the brunt of police encounters because black males commit disproportionately more crimes. Police encounters with black men are so often confrontational because so many of these men, especially the young, don’t think “compliance” applies to them. They foolishly assume they are above the law and disrespect for police officers is an act of honor.

These young blacks, sadly, took much of their direction from racists Barack Obama and Eric Holder during Obama’s destructive, eight-year regime and Holder’s corruption of the Justice Department. These two men, abusing their federal powers, gave young blacks the impression they need not heed the law, because laws are somehow unjust when they are applied to black Americans. The NFL lot, and any other athletes taking a similar stance, are also influenced by Obama’s and Holder’s disdain for law and law enforcement.

I am not familiar with one case where a black suspect to a crime was not proven legally to have caused the behavior against him, particularly in cases where the police officer involved was exonerated by facts. Michael Brown of “hands up, don’t shoot” infamy is one good example. Blatant lies were spread to cloud the truth about Brown’s case.

Back in the day when I was growing up in the racially segregated South, the opposite prevailed in many cases. There was much injustice particularly toward black men, but not today. Today, too many blacks have been fed the notion that it is now “pay-back” time, and they can flaunt their lawlessness because some whites flaunted theirs during an earlier time in our nation’s history.

Although Obama and Holder no longer wield power in this country, some of their minions continue on the pernicious path of “paying back” American whites for wrongs, real or imagined. But as the saying goes, there is a new Sheriff in town and he is not guilt-conflicted. He expects fair play under law and tolerating pay-back is not part of his agenda. Black Americans, when they break the law, can no longer claim victim status simply because they are black. Those days are over.

American laws and law enforcement personnel will be respected in America, again; our traditions and values will not be impugned in America without consequences, again. Anybody unsettled about this turn of events is welcome to leave this country. I suggest all the black players try a country in Africa, and see how successful they will be at making millions playing games. They will all soon learn what oppression really means.

Some self-directed, independent-thinking blacks (and there are many of us) have offered that if these millionaire protestors want to tackle some real problems, they might consider the thousands of black children killed in abortions annually (by the progressive Left), or perhaps the many, many young blacks murdered routinely on inner-city streets by other young blacks (in cities run by progressive, leftist Democrats), or the downright criminal state of education of black inner-city children, orchestrated by the progressive leftist National Education Association (NEA). The NEA’s aim is to produce unintelligent pawns to feed the cause of progressivism.

I am annoyed by the expressions of “sincerity” gracing the faces of the NFL protestors—as if to convey the “hallowedness” of their cause. In actuality, they provide a picture of grown men allowing themselves to be made fools of by the progressive Left. I don’t doubt, however, that some of these men have been coerced into compliance with this lost cause, either through threats of violence or shunning (from coaches and players). Alejandro Villanueva of the Pittsburgh Steelers and former Army ranger is very likely a victim of such threats. He was publicly castigated by his leftist coach for his patriotism. The coach demanded unity behind an ignorant cause.

And finally, this issue has nothing to do with First Amendment rights. President Trump’s speaking out against the clownish behavior of the athletes, on behalf of the majority of American citizens, does not mean he can or would stop any of these misguided people from making fools of themselves. To restrict them, as a government entity, would indeed be a violation of the First Amendment. But their employers, if they were to develop even a modicum of testicular fortitude, could and should fire them for doing major damage to the bottom line of the business. The rest of us non-millionaire “Joes” would certainly be pink-slipped by an employer if we dared to be so clueless about the necessity of profits and so disdainful of the sensibilities of customers.

I will wait patiently for the true sports enthusiasts to vent their rage by simply boycotting the games. It will be sweet revenge to witness the slain goose cease producing its golden eggs. 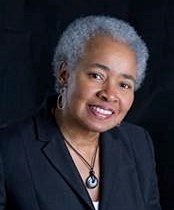 Sylvia Thompson is a black conservative writer whose aim is to counter the liberal, leftist spin on issues pertaining to race and culture. Ms. Thompson is a copy editor by trade currently residing in Tennessee. She grew up in Southeast Texas during the waning years of Jim Crow-era legalized segregation, and she concludes that race relations in America will never improve as long as the voices of many are stifled by intimidation from the few. She believes the nation needs resounding voices of opposition from true patriots and Bible-oriented Christians, to stem the forces that would transform this nation into something it was never intended to be.