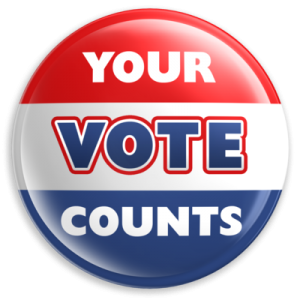 “We need to go out and wake up our local Republican and Conservative friends and neighbors. They must not stay home on November 4th. We need to energize and encourage them and even drive them to the polls if necessary. It’s a person to person, block by block education and awareness campaign.”

Calling them “extreme conservatives,” Governor Andrew Cuomo blasted conservative Republican New Yorkers earlier this year, telling them they have no place in New York State. More recently Nancy Pelosi said: “Civilization as we know it today would be in jeopardy if the Republicans win the Senate.” In ugly campaign ads and lies, the NYS Democratic Party has repeatedly slammed Republican gubernatorial candidate Rob Astorino as an “extremist” and perhaps it won’t be long before our GOP congressional candidate Grant Lally is called a right wing extremist by his opponent Rep. Steve Israel.

The “extremist” mantra is one of the three big lies that incumbent Democrat politicians use as their re-election campaign strategy to paint Republicans as bigoted and dangerous, in order to win votes by demonization. The three lies repeated incessantly are that Republicans are extremists, racists, and only care about the rich. Goebbels said, “If you repeat a lie often enough, people will believe it” and Democrats have been repeating these lies for nearly 20 years and unfortunately they’ve stuck. It’s straight out of Saul Alinsky’s playbook, the forth rule: “Ridicule is man’s most potent weapon.”

Since when did the political arena become so hideous and divisive? By and large, the great modern partisan divide was initiated in the aftermath of the United States presidential election in 2000, between Texas governor George W. Bush and Vice President Al Gore. The election results hinged on Florida, where an extremely close race ended in weeks of legal battles over the recounting of votes. A Supreme Court decision ended the recount awarding the Florida electoral votes and the presidency to Bush.

The Left screamed “unfair,” that the voters, not the courts should have decided the election. Although he disagreed with the Supreme Court verdict, Gore ended his campaign “for the sake of unity as a people and the strength of our democracy” and stated, “Partisan rancor must now be put aside.” Bush declared that the “nation must rise above a house divided.”

Regrettably, the house remained divided and the bitterness and resentment intensified. Leftwing Democrats felt cheated and declared it was an illegitimate election and that democracy doesn’t work. Angry and embittered, they vowed that the system was broken and planned to avenge their loss by ultimately seizing control of the Democrat Party and ruling by fiat. That is why today, indicative of their plan to destroy the opposition, Nancy Pelosi can say with a straight face that Republican rule will destroy America, and President Obama often uses his executive powers to bypass Congress and rule by executive fiat.

Today leftist progressives dominate the Democrat Party and repeat endless lies, run false campaign attack ads, denounce their opponents as racists and extremists, and refuse to debate as in the race between Cuomo and Astorino. Once they eliminate the opposition, they can put their extreme progressive agenda into place, “fundamentally transforming the United States of America,” as Obama declared. Their objective is to dispose of the values that made America the greatest nation in the world.

However, the vast majority of the American public cherishes the ideals and values that we uphold, the ideals that made America great. The extreme progressives are an outspoken minority who believe they should make the rules for all of us. They believe they know best that the minimum wage should be $15 per hour; that because Specialized High Schools are not diverse enough, the tests need to be dumbed down; that all school children will learn best with a universal one-size-fits-all curriculum; that everyone will be safer if cops react to violent crime rather than confront it before it occurs, that bigger, more expensive government is better for society, and the list goes on and on.

But the vast majority of the American people, in their hearts, don’t believe in the extremist progressive agenda. Perhaps up to 80% of the American public believe in American ideals, merit, family, self sufficiency, and law and order. The vast majority are not extremists or racists, contrary to the race hustlers’ accusations that racism is rampant in America. They value hard work, education, self-sacrifice, and service to our nation.

With the help of the media and academic elites, the progressive left creates the myth that Republicans are the bad guys. If the majority of Americans learned the truth and voted, the extreme progressives would be an endangered species. As Senator Frank Padavan used to say: “You’re all Republicans, you just don’t know it.”

The bigger problem is that the majority doesn’t vote. The vast majority who do the hard work, pay the taxes, raise their families, support our police and strive for the American Dream unfortunately are the silent majority. In one of the worst voter turnouts in a century, 76% of New York City voters did not vote in the 2013 mayoral election. Worse than that, 76% of Republicans stayed home on Election Day. Only 24% of Republicans came out to vote! If only 20% more Republicans would have voted, we wouldn’t have de Blasio as mayor today.

Apathy is the biggest threat to our American values today. The greatest obstacle to getting more great leaders elected to public office is voter apathy, especially within our own ranks. There is no excuse not to vote. Republicans must not stay home. Neglecting to vote is a sin. Every vote counts and recent close elections prove it. Brooklyn Republican David Storobin won the Special Election for New York State Senator in 2012 by 14 votes. Recently, Grant Lally won the Republican congressional Primary Election by a mere 11 votes!

The silent majority must no longer be silent, if we care about preserving the values that made our country great. We need to fight for those values to restore the legacy of our Constitutional Republic for our children and future generations. One of the best ways to fight for our values is by overcoming voter apathy. We have some genuinely brilliant Republican candidates running for public office this year – Grant Lally, Rob Astorino, Sheriff Chris Moss and other great candidates. This year is a midterm Republican wave election. The wind is behind our sails. We have no excuse not to score victories in the General Election. We need to go out and wake up our local Republican and Conservative friends and neighbors. They must not stay home on November 4th. We need to energize and encourage them and even drive them to the polls if necessary. It’s a person to person, block by block education and awareness campaign. Our goal is better than 80% Republican voter turnout in this election. This midterm election 2014 is the greatest opportunity to win GOP victories!

« PreviousThe Republican Party Welcomes Prime Minister Narendra Modi to America!
Next »Why we need to win the race for Congress in the 3rd C.D.