Death of Men in Blue in Dallas, Texas

Death of Men in Blue in Dallas, Texas 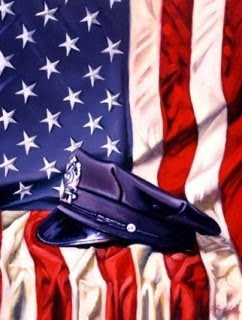 A police protest in Dallas, Texas ended with the murder of five Dallas police officers and the wounding of seven others. There are many cities across the country where there were protests over the deaths of two black men in Louisiana and Minnesota by police officers. In my view two wrongs don’t make a right. The young man who did the killing was apparently consumed by bigotry and hate and let his gun do the talking about what he perceived was justice against innocent police officers who were only trying to keep the peace. In my opinion hate is not the answer and does not address the injustices many people of color feel.

As Americans we all need to come together and discuss how we can get along better and ways to prevent further deaths of police officers and civilians. The vast majority of our men and women in blue are doing their job protecting our lives and property and they are what keeps our country safe. The few police officers who don’t feel that way need to adjust their thinking or else leave the job to those that care about the communities they serve with dedication.

Now let me offer my heartfelt prayers to go out to the families, friends and fellow officers who are grieving now for these brave police officers who have lost their lives. May they rest in peace knowing that they did their job trying to protect and serve. Remember also the words of Martin Luther King Jr. in his “I have a Dream” speech which in part says,”We will be able to speed up the day when all God’s children, black men and white men, Jew and Gentile, Protestant and Catholic, will be able to join hands and sing in the old negro spiritual: Free at last ! Free at Last ! Thank God almighty, we are free at last!” I pray that that day may come soon.

« PreviousPRESS RELEASE: WE DEMAND ANSWERS, APOLOGIES AND INVESTIGATIONS
Next »TRUMP’S THE ONE