David Bressler, Republican candidate running for New York State Assembly in the 26th AD, against Assemblyman Ed Braunstein (D-Bayside), was featured in the New York Post’s Queens Weekly on page 2. The same announcement article was prominently featured on the cover page of the Bayside Times. Bressler announced his candidacy when he was honored at the Lincoln Dinner on March 18th. The video of Bressler’s award ceremony and speech is HERE. 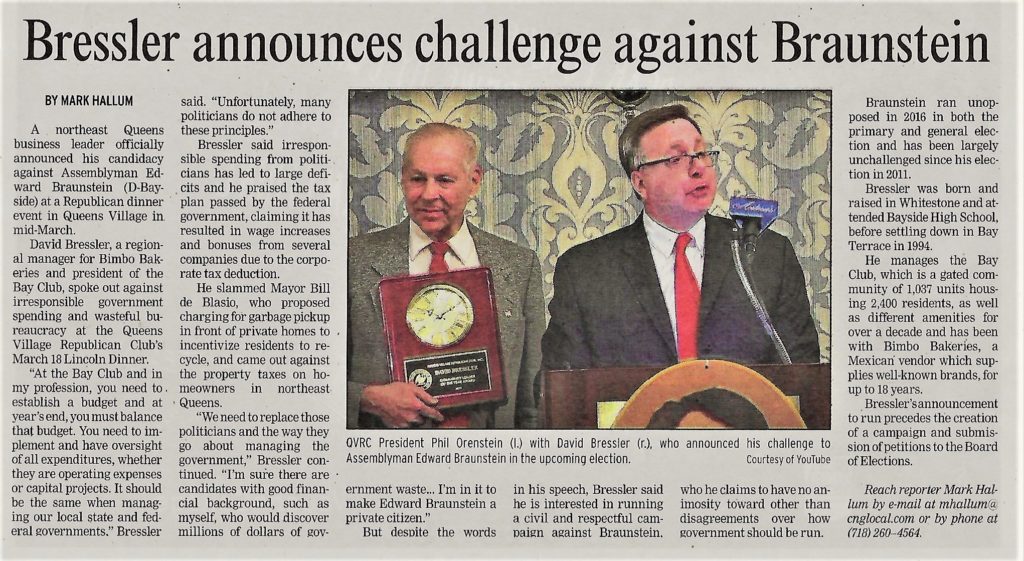