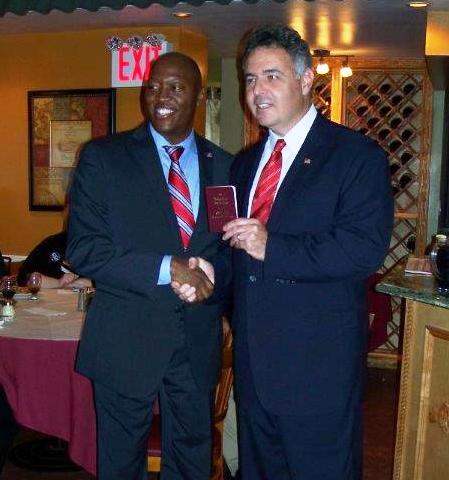 Congressional candidate Grant Lally greeted cheering supporters on Wednesday evening Sept. 17, in a packed house at Trattoria Lucia Italian Restaurant in Bellerose, hosted by the nation’s oldest GOP Club, the Queens Village Republican Club.  The dual purpose event coupled the celebration of the anniversary of the U.S. Constitution with a successful fundraising event for Lally’s campaign war chest that generated $1000s from donors who now see a Lally victory in NY’s Third Congressional District. Lally is the Republican, Conservative and Libertarian candidate for New York’s 3rd Congressional District, a huge district which stretches across three counties from Eastern Queens, through Nassau and Suffolk. 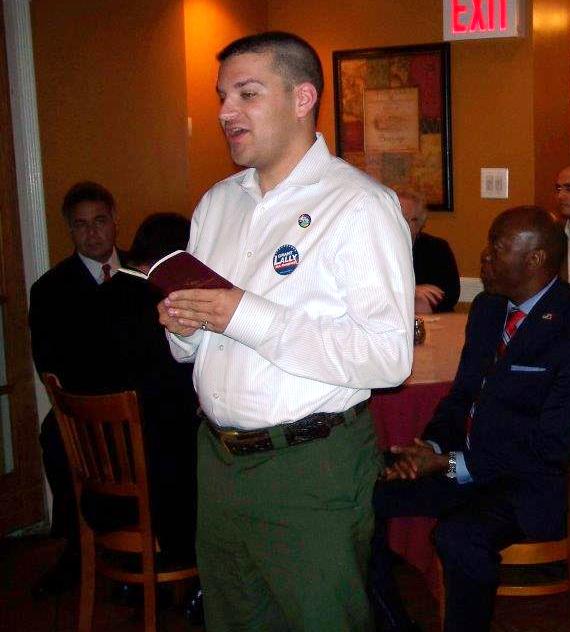 Adam Sackowitz reads from the Constitution

Lally spoke about the historical significance of the U.S. Constitution after a reading of excerpts from our founding document by Young Republican leader, Adam Sackowitz. Lally mentioned this is “Constitution Day” and that the Constitution is the most brilliant and unique document in the world. It was the first document that gave sovereignty and guaranteed rights to the people, that many countries have emulated. The Constitution upholds a stable and limited government, with maximum protection of freedom of religion, speech and the press.

Erich Ulrich, Republican NY City Councilman of District 32 in Queens, expressed his thoughts that our City, State and Country are far worse now with the present leadership and we need to put our country back on the right track. Lally has a proven record that we can be proud of and he will represent the moral, ethical and hard-working people of our communities. We need to vote for Grant Lally. He believes Lally can win and it’s up to decent, honest people like us campaigning for him that will make the difference. 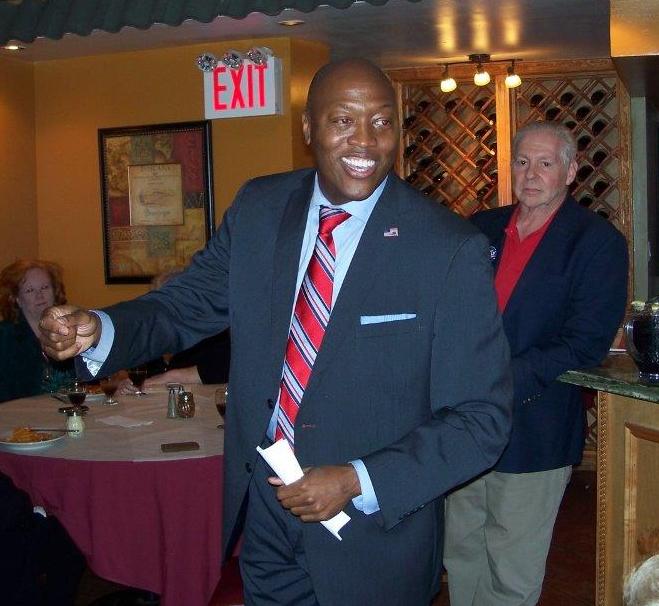 Next, former Queens Village resident, John Burnett, 2013 candidate for NYC Comptroller, and now NYS GOP Strategic Advisor, said “I’m a black Republican running in a dark blue City.”  He said we need common sense in Washington.  We need to stand up and get the economy going, to stimulate job growth especially now with 92 million out of the work force. Burnett said Grant Lally is the one who can bring common sense, focus and insight to Washington.

To rousing applause and a standing ovation, Grant Lally was introduced as our next congressman for NY’s 3rd Congressional District. He stated that he will end Obamacare once in office, and that was not just an empty promise, since he has already filed a brief against Obamacare in the Supreme Court. He said by its very own rules the Affordable Car Act should not have passed.  People should be able to shop for their own health insurance anywhere in the country according to the rules of the free market, if they cannot get it through their employer. 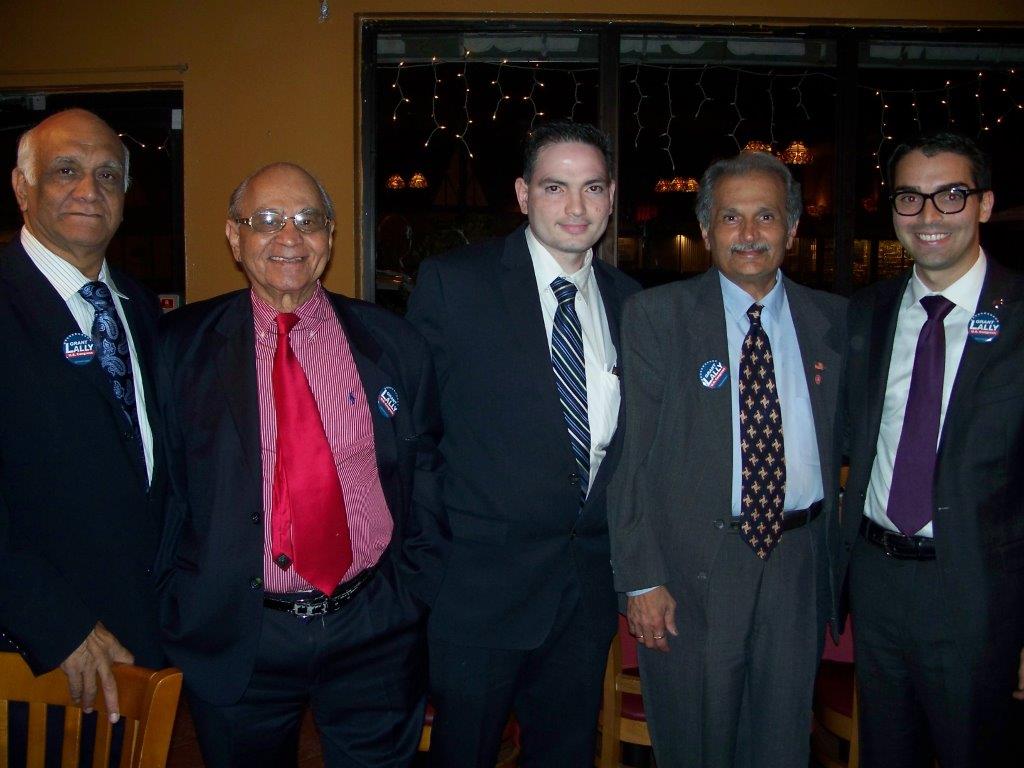 Lally stated that ISIS is “a monstrous organization that needs to be crushed; they are barbaric and savage.  They need to be hunted down to the last man.”  Lally publishes a daily paper on terrorism: “Homeland Security Daily Wire.” He called the Middle East “a pit of vipers,” and our president has no clear objectives or understanding of the region, and is getting us involved in dangerous civil wars and rejecting the Egyptian Army that we trained and paid for.

The people were fired up to win in a district that is 50-50 Republicans to Democrats, where there is no excuse to lose. Club president Orenstein stated that the winning votes will come from Queens where there is a Democrat majority. He said that we need to work hard in Queens, and that we need to wake up the Republican base. There is no excuse not to vote in an election where every vote counts. 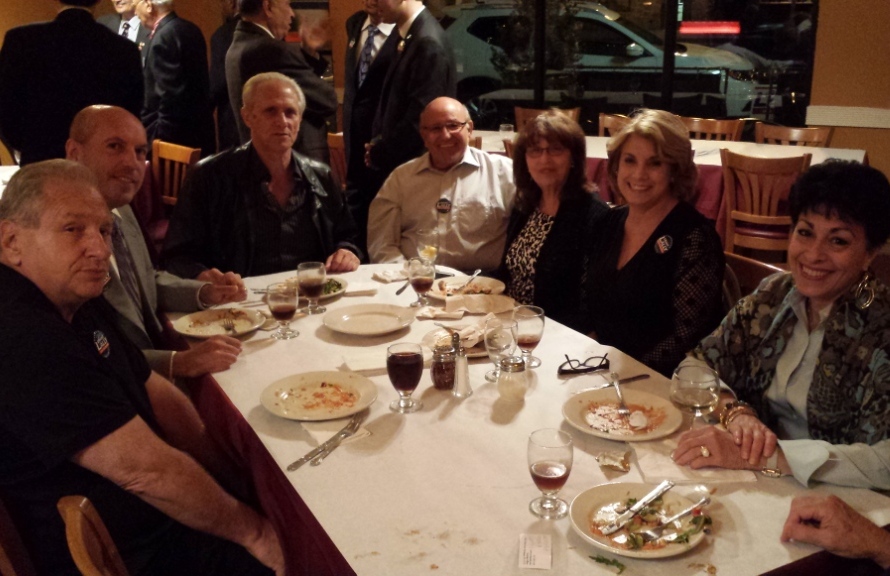