CLUB ALREADY PLANNING FOR NEXT ELECTION 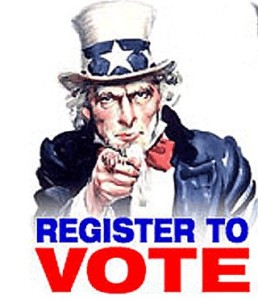 The Queens Village Republican Club has launched a voter registration and membership drive to lay the groundwork for winning future elections. Here are some of the talking points, facts and figures to help get the message out. This is a battle for the hearts and minds of our fellow New Yorkers.

We are the true defenders of minorities, the poor and hard working Americans while liberal Democrats have made their lives worse.

Recent remarks by Mayor-elect Bill de Blasio attest to the fact that he is a believer in big government and hostile to the free market when he said to some of the city’s biggest business leaders: “Everything you heard about me is true. . . I am not a free-marketeer. . . I believe in the heavy hand of government.” Clearly he is a radical leftist who believes that it is the role of government to secure equality and fairness for all the downtrodden. Democrat socialists like de Blasio paint themselves as defenders of the underdog and champions of minorities, women, children and the poor. They smear Republicans and Conservatives as their oppressors and selfish defenders of the rich and powerful. In truth it’s the other way around. The policies of Democrat administrations have made the lives of minority and poor Americans worse.  It’s our pro-individual policies to reduce the size and scope of government and our free market principles that empower people and give their lives dignity and fulfillment. We need to make it known that we are the defenders of minorities and the poor as well as the hard working middle class Americans, and that the Democrat socialists are the enemies of the people and have destroyed their lives, their families and their neighborhoods and will continue to do so.

New York is not de Blasio’s “tale of two cities” myth, but One City with opportunities for all to achieve the American Dream.
De Blasio and his fellow liberal Democrats love to point out the income inequalities between the rich and the poor, gender bias epitomized by Conservative’s so-called “war on women” and their accusations of racism directed at the NYPD for allegedly “targeting” Blacks and minorities for 90% of the “stop, question and frisks” in New York City.

The left has falsely painted America as a class society of the “haves” and “have-nots” with class, race and gender hierarchies instituted to keep people down. But millions of immigrants come from their mother lands of rigid social class structures to America for the chance to move up the ladder and better their lives. Wherever they come from, they seek independence, self-reliance and opportunity and the chance for their kids to do better and achieve the American Dream. Nobody seeks to be dependent upon government. Rather it is thrust upon them as government hand-outs by liberal politicians seeking their votes. U.S. Treasury Department figures bear out the fact that America is a highly mobile opportunity society.  The findings show that in 1996 nearly 60% of all taxpayers in the lowest tax bracket moved up into a higher income bracket a decade later. By the same percentages, the top 1% of all earners landed in a lower income class a decade later. We Republicans are the advocates of upward mobility and opportunity for all and the realization of the American Dream.

The poorest cities in America are run by Democrats. The most business friendly states are run by Republicans.
Facts on the ground provide the best arguments to make for who is best to lead city and state governments. The 10 poorest U.S. cities have had mostly Democrat mayors since the 1960’s. Likewise, states governed by Republicans slaughter Democrats in business friendliness and overall economic competitiveness. According to the 2013 annual study by CNBC, 13 of the top 14 states in the nation ranked best for business are led by Republican governors and legislatures.  According to the U.S. Census Bureau, the four poorest cities in the U.S., Detroit, Buffalo, Cincinnati and Cleveland have had big government Democrat mayors for the past 25-60 years. Detroit, America’s poorest and the most dangerous city has had a Democrat mayor since 1961, Buffalo since 1954, Cincinnati since 1984, and Cleveland since 1989.

Democrats have ruled Detroit and run the city into the ground in the past 52 years, 20 years of which Detroit was led by Mayor Coleman Young, a member of the Democrat Party and Communist Party as well. Before the Democrat socialists took over, Detroit was one of the richest cities in the world with the highest per capita income in the U.S. Today it is the poorest large city in the nation with 2/3 of its population gone leaving behind a tragic city of rising crime and despair with nearly one half of its inhabitants unemployed or no longer looking  for work, over a third living on food stamps and 75% of its children born out of wedlock. This is the result of the corruption of the ruling elected officials and their socialist policies attacking wealth, private industry and white people, which was designed to insure their long-term political domination by running Republican and Conservative voters out of town.

New York City is headed in the same direction after a 20-year renaissance since Mayor Giuliani began his pro-active crime reduction policies, pro-business programs and welfare to workfare incentives. Mayor Bloomberg built on that progress. But previous Democrat administrations produced a long spell of violent crime and murders causing over one million people to flee, property values to plummet and businesses to suffer and close their doors. Our population has grown by 1.3 million since those dark days.  Today our streets are safe, annual murders are down from a high of over 2000 during Mayor Dinkins’ years in office, to a little over 400 today. Broadway, the tourism industry, restaurants, music, the arts and local businesses are thriving. But with de Blasio and a leftwing administration and City Council, we may see all the gains gone in a flash.

To be continued in future issues. These talking points were gathered from “Government vs. the People” by David Horowitz and John Perazzo, available from www.Frontpagemag.com , Governor Scott Walker’s new book “Unintimidated”, Forbes columnist Mark Hendrickson and other sources.  If you would like to suggest additional talking points, please email me at maduroman@att.net.