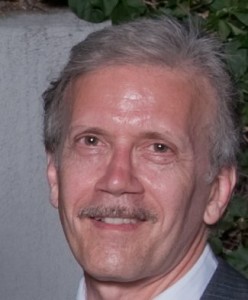 Abe Fuchs, former candidate for State Assembly and Queens Village Republican Club member asks the question, “why is it necessary for the government to take over the entire industries of health insurance care and education?” He responds that “Government has a role in limiting the dark forces of private industry and to offer a safety net for its citizens in need, but government should not take over private industry!” The following article is a comprehensive argument in response.

Religious wars, racial divides, business legal battles or romantic jealousies are all understandable on some level because they involve deep emotional attachments or basic competing interests but why do people get worked up over methods of education or the dispensement of health insurance?

Before the mid 1600’s educating children was done by the family, church or through apprenticeships. The first public or town school was the Boston Latin School founded in 1635. By 1642 all of the New England colonies made town schools compulsory. In 1837, Secretary of Education of Massachusetts, Horace Mann, instituted a common curriculum for all schools statewide, based on a model known as “common schools.” This uniform and free public school system caught on in the North and eventually in most states. However by 1862 a Southern critic of this educational method questioned its proficiency by mocking the educational level of the captured Northern soldiers based on the misspelled words in their letters.

The growth of private schools however was stymied because of laws called the Blaine Amendments introduced in 1875 which prohibited tax dollars for private education. The nation being mostly Protestant, resented the heavy inflow of Irish Catholics in 1840 and didn’t want to fund the Catholic schools that were starting. These Blaine Amendments exist even today in 38 of the 50 states, ours being among them. Thus it is understandable how by the end of the 1800’s private schools were outnumbered by public schools. Fast forward in history – now three quarters of high school graduates need remediable education to attend college and the Jewish Orthodox community as well as others who send their children to private schools, scramble to pay for their tuition bills even as they’re paying taxes to keep the corrupt public schools in business.

The history of  hospital and physician insurance date back to 1929. Privately based Blue Cross and Blue Shield were pioneers of such insurance. Some unions also got involved in providing coverage for their members. However what really shaped the state of modern health coverage was when the government got interested in promoting employee based plans as a means of compensation for not allowing employers to raise salaries for their workers during World War II when labor was needed to fill military slots. In 1954 federal legislation allowed for health plan funding to be tax exempt. Naturally employer based health plans became dominant in the market place while individual health plans took on a second class status with insurance companies because individuals not employed or associated with an organization were suspect and therefore charged more.

Subsequently, the government threw a blanket of coverage for the elderly and the indigent. In 1965 Congress enacted Medicare which paid for hospitalization and subsidized physician costs for those over 65 and Medicaid was enacted to cover the same for low income individuals. Fast forward in history -according to a CBS 2010 report, Medicare is defrauded by $60 billion a year and organized crime, at times, consider Medicare fraud an easier hustle than drug dealing.

However our government was not satisfied with the state of individual coverage and President Clinton attempted to enact universal coverage for all Americans but it failed to pass in Congress. In 1996 however, further health care legislation was passed known as HIPA (Health Insurance Portability and Accountability Act) which would help those who lost coverage when becoming self employed or through job loss to maintain their health coverage.

The truth is that many individual plans had problems of consumer abuse. Policy holders were dropped or rates were raised for those who incurred a high pay out of medical claims. Weisel clauses in fine print were inserted in policies or just straight out substandard policies were issued to customers without the policy holders’ knowledge similar to those who obtained a subprime mortgage without the lender’s or homeowner’s knowledge of their content.

In both industries of education and insurance, artificial markets were either facilitated (employer tax exempt health plans) or coerced, by taxing parents of private school children for other children’s education. The status quo of these institutions is what the public by and large have come to accept as the norm. However both of these need to be liberated from the dominating force of government and allowed to flourish in the marketplace. Interstate competition would be good for the insurance companies akin to school choice for education. Also, as those on the Right have argued, limiting jury awards for malpractice suits, which the public ultimately pays for, could make a serious dent in the estimated $50 billion annually that is spent by the health care industry by practicing defensive medicine (unnecessary procedures just to cover oneself in case of a lawsuit).

Regulation has a place in government and it places a safeguard to the greed of some in the free market place. Practically every industry under the sun is now regulated, arguably many times what is necessary, and very few businesses are under regulated. The Financial Accounting Standards Board sees to it that accountants adhere to acceptable standards of accounting. The Food and Drug Administration sees to it that we don’t get sick when we eat in a restaurant. The Dept. of Transportation assures the product safety of the automobiles that we drive. The National Association of Insurance Commissioners regulate the insurance industry. We get it and society agrees for the most part that services and products need governmental oversight.

What the Affordable Care Act or Obamacare gets wrong is that it makes consumers buy policies that aren’t necessarily suited for them. An older woman does not need maternity care in her policy and one should be able to judge for themselves whether they should have drug abuse treatment or mental health counseling in their policy. However what presents a major impediment to the viability of Obamacare is that it allows for people to pay a penalty for not obtaining health insurance ($95 in the first year for individuals and $2,000 for an employer) and then be eligible to obtain insurance once having a preexisting condition! That’s like not buying fire insurance for one’s home and then calling the insurance company for a fire policy once the house is on fire!

The roll out of Obamacare was a disaster due to a malfunctioning website. Later, an uproar ensued from the fact that 5 million insurance policies had been cancelled due to noncompliance to the new guidelines and millions more were slated for cancellation, this, despite Obama’s reassurances to the contrary. Pressure subsequently descended upon the President, even from his own party, and he agreed to attach a waiver to the Affordable Care Act allowing these policies to remain valid for an extended year. However, after a year many of these may not be replaced because of higher premiums and the young and healthy may opt for the no-insurance penalty which would derail the success of Obama’s health insurance reform. Obamacare needs a net plus of 7 million policy holders to succeed. Any bets?

So why is it necessary for the government to take over the entire industries of health insurance care and education? Education has not proven efficient under direct government control and neither have Medicare and Medicaid. Standards and regulation can apply to education and health insurance as well as vouchers for each. Paul Ryan’s plan advocated for vouchers for Medicare and vouchers for education are being successfully implemented in different states. Government has a role in limiting the dark forces of private industry and to offer a safety net for its citizens in need, but government should not take over private industry! ‘Big Foot’ is good for movie viewing of prehistoric creatures but you don’t want ‘Big Foot’ walking into your place of business.