Re: Revision of New York State Election Law Sec. 6-144 and update of New York City Board of Elections equipment and rules.

Anita Uppal and I were candidates for Republican State Committee in the 24th Assembly District in Eastern Queens, NY running in the June 22nd Primary Election.

We met all the legal signature requirements and abided by the NYC Board of Elections petition rules, but our petition volumes were invalidated because both volumes were time-stamped with the same time in minutes. I am requesting a revision to update rules and equipment to include seconds in the appropriate section of New York State Election Law, and an evaluation of NYC Board of Election’s arcane rules, in order to achieve a more fair and honest election and ballot access process for candidates and voters alike. 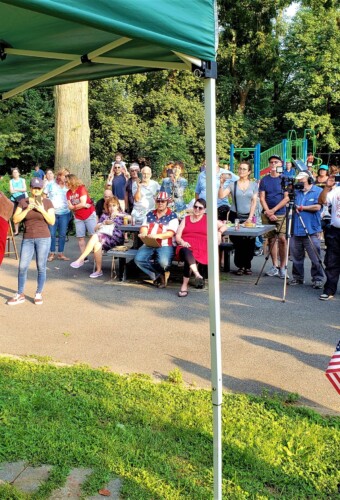 A crowd of 200 Republican Patriots gathered for a beautiful day of wild excitement and fun at Alley Pond Park on Sunday July 25th. Instead of the expected forecast of rain and clouds, the gathering of enthusiastic Republican activists was blessed with gorgeous sunny skies! In addition to Curtis Sliwa, Rob Astorino for NYS Governor, Andrew Giuliani for Governor, Tony Herbert for Public Advocate, Vickie Paladino for City Council, Scherie Murray, and newly elected Republican State Committeeman, Joe Concannon regaled the crowd and brought everyone to their feet.

View videos of the incredible speakers and subscribe to QCRP Rumble Channel! 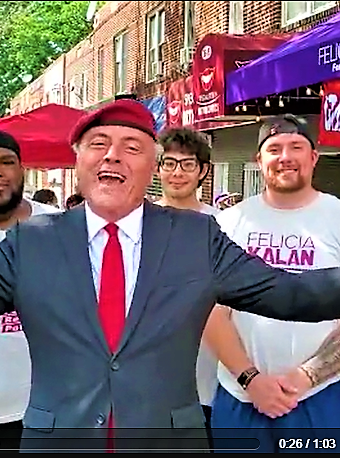 Curtis Sliwa in Astoria Queens takes on AOC and DSA

Small businesses get walloped with fines of $100 in Astoria, in this case for a merchant trying to sell watermelons on a hot summer day. There will be no hidden taxes on NYC small businesses with Curtis as mayor!

Curtis pledges to take out AOC and DSA. Come along for the Republican ride into Astoria, Queens where the immigrant community loves Curtis Sliwa because he has been fighting for them for the past 40 years. He is one of them! 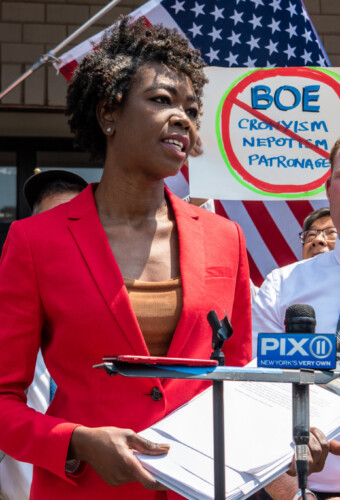 By Gabriele Holtermann Posted on July 7, 2021

After the Board of Elections (BOE) bungled last week’s preliminary ranked-choice voting calculations and mistakingly added over 130,000 test votes to the original ballot count, Republican mayoral nominee Curtis Sliwa called for election integrity reform outside the Board of Elections’ office in Queens on July 6.

“Democrats are now experiencing what all voters have experienced, the lack of ballot integrity,” the Guardian Angels founder said. “This particular office was responsible for processing 130,000 test ballots in with all the other ballots that had been filed on election day, that didn’t even include the absentee ballots that they started to count on Monday.”