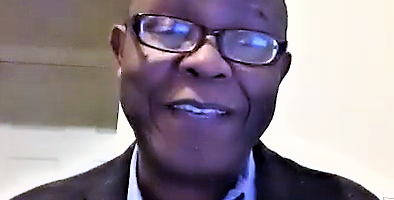 This election cycle has seen a tireless President of the United States travel the country making his case to thousands of supporters.  As Air Force One touched down in one hanger after the next, citizens across America came out to salute the Commander in Chief and pay their respects. Americans love their President, clearly!

As of this writing, the accounting for the election is still unsettled and the amount of fraud is simply overwhelming.  The next steps will be in the courts and maybe in the halls of Congress should we head into January.

Months ago, we brought into our club a gentleman by the name of Daniel Ulysse, an ordained Baptist minister, a clinically trained chaplain, social entrepreneur, and community organizer dedicated to God, family, country, our soldiers and the law enforcement community.  He is committed to building strong Haitian American Communities in the U.S. and the sustainable development of Northern Haiti.

Daniel will be the special guest speaker at our Christmas/Chanukah Dinner Party at Nancy’s Restaurant on Dec 3rd. Click here for more information and to make reservations to meet Daniel at this inspiring annual dinner event!

Daniel is a unique individual with a fascinating history and career.  He was one of the organizers behind Black Voices for Trump.

Black Voices for Trump is an organization that encourages the Black community to re-elect President Donald J. Trump by sharing their own experiences and success of everyday Americans as a result of the Trump administration. They believe re-electing President Trump would ensure greater economic opportunity, safe communities, and better health-care policies for generations to come.

This year Black voters were the critical demographic that helped determine the final outcome of the presidential election, and President Donald J. Trump won a larger share of the Black vote than he did in 2016. According to the 2020 exit polls, Black men shifted toward Trump in record numbers.

Empowering the Black community has always been a top priority for Donald J. Trump even before he became President. Since his inauguration, President Trump has championed policies that have revitalized the Black community. He has done this by creating a more inclusive economy for Black Americans, providing historic funding for Historic Black Colleges and Universities, expanding school choice, and giving former inmates a second chance to achieve the American Dream.

As we review Donald J. Trump’s presidency and campaign, Black Voices for Trump will have played a significant role in establishing the new Republican Party – the Party of Trump.  Trump will have answered the question, what do you have to lose?  Black Voices for Trump may have awakened some in the Black community who want to thrive without an oppressive government holding them down.  This is what Donald J. Trump had to offer.  Our role in a local Republican club is to take the baton and pass it on so that we can capitalize on the president’s efforts. Always remember voting matters, elections have consequences!