Bellerose calls for crackdown on ‘spas’ 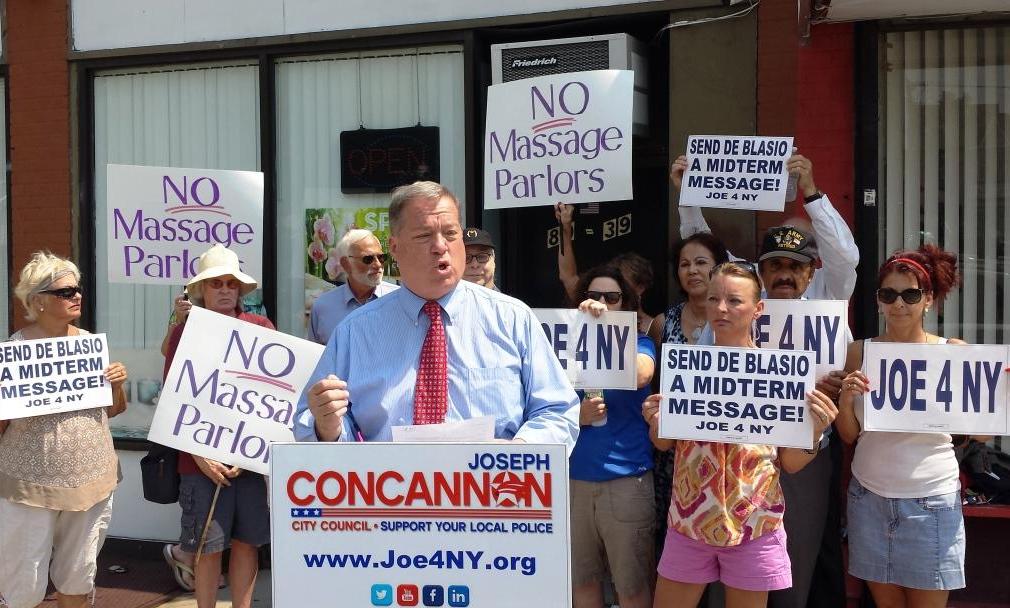 The building at 89-39 Gettysburg St. in Bellerose, just north of Braddock Avenue, for years was the office of former state Sen. Frank Padavan.

They also said they did not do nails.

“The man said ‘Only massage,’” she said.

Residents gathered outside the spa on Monday, calling for the city to take action against between five and seven such establishments they say have opened nearby in recent months.

Joe Concannon, who is running for the Republicans in the 23rd Council District special election in the fall, came out to support them. The retired NYPD captain said he is certain police are investigating the matter.

Bur he also said at least three other city agencies could have acted to shut them down, calling the NYPD the agency of last resort.

He said Consumer Affairs could act on the fact that there is not a required list of services and prices inside; that the Department of Buildings or Health and Mental Hygiene likely could find enough violations.

“This is another quality-of-life issue in which Mayor de Blasio has let us down,” Concannon said. He added that the state’s Department of State has the authority to check for the license of each masseuse in a business.

« PreviousFOR ONE DAY, CLUB LIVES IN PAST
Next »November 3rd Election is a Referendum on de Blasio