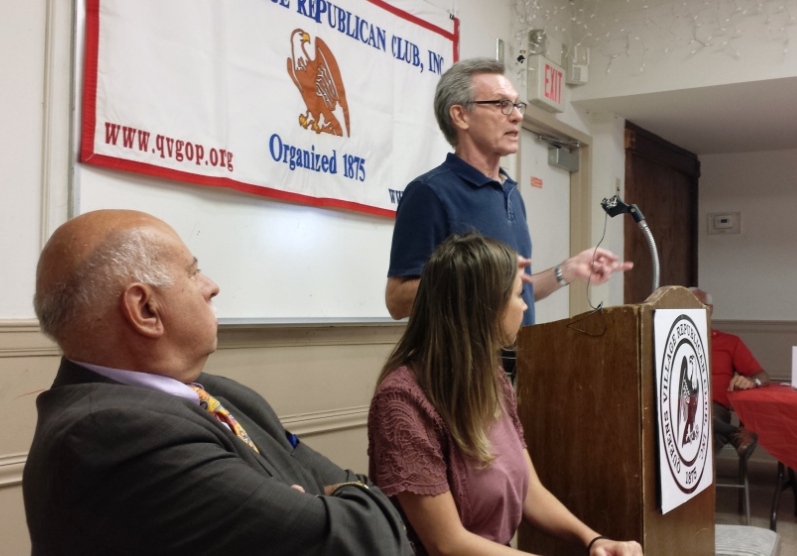 Our September meeting was largely given over to a panel discussion of Mayor Bill de Blasio’s plan to revamp zoning in New York City to accommodate “affordable” housing. The consensus is: beware of what will happen to your neighborhood.

Due to vociferous push-back all over the city both from liberal and conservative factions of the populous, the City has reduced the amount of proposed height increase down to just five feet. However, that is likely to result in allowing basements to be built instead of cellars. By raising the ceilings in cellars so that cellars can be reclassified as basements, and with additional egress, be made legal. Most civic leaders regard basement apartments as still being firetraps and will worsen parking problems.

Much faulty thinking went into this plan. For example, areas near subways would no longer require off-street parking with the assumption that people would walk to the subway. But the subways are at capacity and there are no viable plans for massive subway expansion in our lifetime. Senior housing and nursing homes would no longer require off-street parking on the premise that seniors don’t drive. Largely true, but their visiting relatives do, as does those who staff these facilities. Where are they supposed to park?

De Blasio’s core constituency, the far-left liberals, oppose this initiative because close study reveals that by changing current zoning to denser zones, existing affordable housing will be demolished and replaced by newer market-rate housing that will incorporate fewer affordable units than what was demolished. In other words, the political left sees the plan as benefitting evil capitalists more than the “poor.” This a rare moment where the left and the right agree on something: oppose the administration’s plan for “affordable housing.”

« PreviousOCT. 1: TAKE YOUR PICK – EAT OR JUST MEET
Next »Voters should take action about the Iran nuclear deal