Voters should take action about the Iran nuclear deal

The pendulum is now swinging back in the opposite direction. The people have had enough of de Blasio, Obama and the Democratic Party. The only things that elected officials respect are votes.

Voters should take action about the Iran nuclear deal

by Phil Orenstein
President Obama and the Democratic Party have failed the American people. The Obama administra­tion’s nuclear deal with Iran not only preserves Iran’s capabilities for developing nuclear weapons, but guarantees the expansion of a nuclear arms race in the Middle East. Iran was classified as “the world’s foremost leader in state sponsored terrorism” by our State Department, and now this deal grants $150 billion to fund Iran’s terrorist activities and its proxies, putting Israel and our allies at risk. 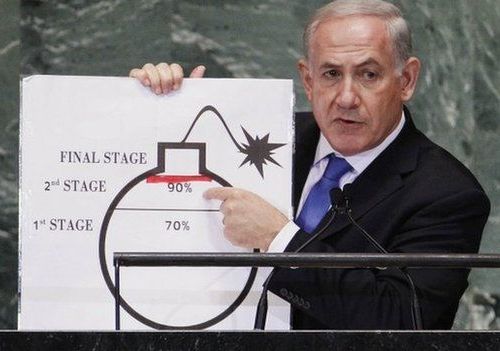 Upon sealing the deal with Iran, Supreme Leader Grand Ayatollah Khamenei promised “there will be no Zionist regime in 25 years.” Israeli officials are saying that in the last few weeks, Iran has accelerated its proxy war with Israel, stepping up its operations to arm Hezbollah in preparation for a major conflict.

This misguided deal has been rejected by a majority of our legislators and by every single Republican in Congress. Yet the Democrats put political loyalty to the Obama administration above national security and the will of the people, securing just enough votes to enable this foreign policy nightmare.

Senate Democrats recently blocked a resolution to reject the Iran Nuclear Deal for the third time, handing Obama a major foreign policy victory. Not a single Republican joined them and only four Democrats stated their opposition to the deal.

This deal will go down in history not only as Obama’s, but also the Democratic Party’s notorious deal with Iran. Their blatant hypocrisy was evident as they voiced their opposition yet voted in favor of the deal nevertheless. Supporters like Sen. Cory Booker said: “This deal has clear flaws and substantial risks even beyond the obvious and disturbing short duration of its term. We are legitimizing a vast and expanding nuclear program in Iran.” Other supporters like Sen. Chris Coons, expressed their disappointment saying, “I have deep concerns about the scope and implications of Iran’s permitted centrifuge-development program after 10 years and its nuclear-enrichment capacity after 15 years.”

The Democratic Party has failed the American people and the litmus test for all future elections should be based upon support or rejection of the disastrous deal. It’s high time for all voters who believe in America’s greatness and exceptionalism to abandon the Democratic Party and vote for principled Republicans who emphatically stand with America and Israel. This is especially true of Jewish voters who care about the survival of Israel in a perilous world.

The silent majority, the moral majority, or whatever you want to call it, is still silent. In the mayoral election of 2013, 76 percent of Republicans stayed home and that is why we have de Blasio as the mayor of New York City, although he was voted in by a mere 17 percent of the electorate.

The pendulum is now swinging back in the opposite direction. The people have had enough of de Blasio, Obama and the Democratic Party. The only things that elected officials respect are votes. Rallies and protests, while demonstrating a powerful show of force, mean nothing to hypocrite politicians, unless their jobs are at stake. The only way to threaten their jobs is at the ballot box. .