Frederick R. Bedell Jr., wrote “A Christmas Memory” which was first published in Newsday in 2009. He has updated this sweet story year after year and this year we present it as the front page article in the January issue of the Queens Village Eagle and herewith on the QVGOP website. Mr. Bedell is the Grand Knight of St. Anastasia Knights of Columbus Council #5911 and a member of the Queens Village Republican Club. We wish all our members and friends a very Merry Christmas! Enjoy the story.

Christmas is here, and there still may be some gifts to wrap, more cards to send, even a few more decorations to hang. It’s also a time to reflect on the troubles in the world, for instance the terrorist attack in San Bernardino, California where 14 died and 17 were injured. Our nation is at war and while there have been many who have lost their lives this year in America and around the world, the message this season is “Peace on earth and good will to men,” but where is it?

This is when a lot of us might be reflecting on the gentler times in our past. I find myself thinking about a Christmas when I was young and America was not so troubled. It was 1957, during the Cold War, but I didn’t much understand or care about such things. I was 8 years old, living in a corner house on 213th Street in Queens Village with my mother and father and two blind borders my mother was caring for. We didn’t have much money but we always had a good Christmas, full of love and sharing and plenty of music, which my mother said was,” tonic for the soul.”

A few evenings before Christmas, we set out to buy our Christmas tree, but my father’s car would not start. It was a crisp, cold night and snow was on the ground and still falling. My father had an idea so that my mother would not be disappointed. We took my sled to the place where they sold trees, about a half a mile away. When we got there, my father picked out a beautiful six-footer, tied it on the top of my sled and guided it home.

We sang Christmas carols all the way home. Back at the house my mother had a special place in front of the fireplace for the tree. Our job was done once it was settled in the stand, then my mother took over, decorating it with love and devotion to every detail. Kindness and love seemed to bounce from house to house in those days, and neighbors greeted one another with a “Merry Christmas” as carolers sang from house to house. Churches were beaming with worshipers and the neighborhood lit up every night with bright lights. I remember being in Christmas plays where I was one of the shepherds and another year I was one of the wise men alongside my good friend Harry whom I recently reconnected with 50 years later. I also remember singing in the choir and singing Christmas carols at Grace Lutheran Church in Queens Village. 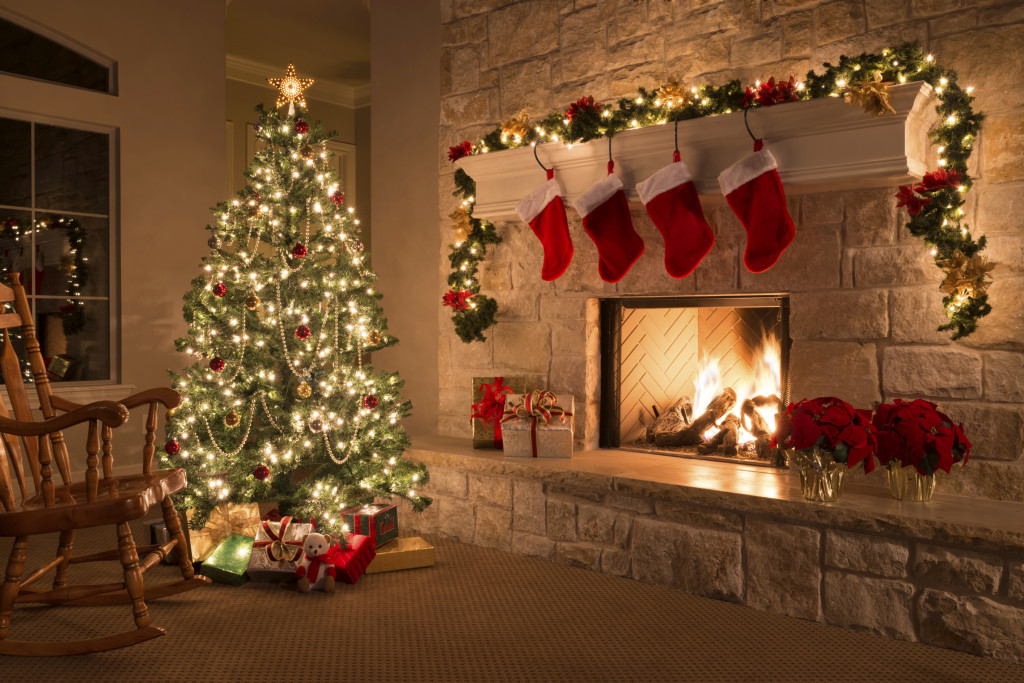