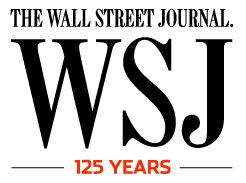 A case of racial engineering that Obama wants to take nationwide.

This is an excellent editorial in this morning’s Wall Street Journal detailing Rob Astorino’s  fight against the Federal Government, as well as Andrew Cuomo’s attempt to make race an issue in this campaign. Please pass it along and share with all your friends.

Residents of the northern New York City suburbs were recently treated to a TV ad invoking images of the Jim Crow South and claiming that Westchester County executive Rob Astorino has “repeatedly violated anti-discrimination laws for years.” None of the ad is true, but it does reveal some important political news with national implications.

To wit, Mr. Astorino is resisting the Obama Administration’s attempt to rewrite local zoning laws by federal fiat, and as the Republican candidate for Governor of New York he has a better chance to beat incumbent Andrew Cuomo than the conventional wisdom believes.

The facts are that Mr. Astorino took office in 2010 in the heavily Democratic county and inherited a 2009 housing settlement with the federal government signed by his Democratic predecessor. The deputy county executive at the time the original lawsuit was filed was none other than Larry Schwartz, who is now Mr. Cuomo’s chief of staff. In 2007 the county executive’s chief adviser, Susan Tolchin, called the lawsuit “garbage.”

The suit was always dubious given the lack of evidence of discriminatory practices. Between 2000 and 2010, the numbers of blacks and Hispanics living in Westchester’s mostly white neighborhoods increased by 56%. The county is the fourth-most diverse in the state and rivals Manhattan in the number of black and Hispanic residents.

Mr. Astorino has nonetheless complied with the settlement, which requires Westchester to build 750 affordable-housing units in mostly majority-white neighborhoods over seven years. Westchester has secured financing for 417 units and nearly a quarter of the units are already occupied, putting the county ahead of schedule.

Democrats still aren’t satisfied because Mr. Astorino refuses to let federal housing officials expand the deal extrajudicially. The Department of Housing and Urban Development is pressuring Westchester to declare that its zoning practices are discriminatory merely because many of its neighborhoods aren’t as racially integrated as HUD deems necessary. Westchester would then have to build thousands more public housing units, submit to HUD investigations and let the feds seize control of local zoning to determine where to build homes and schools.

Westchester conducted eight studies of zoning between 2011 and 2013 and found no evidence of racially exclusionary policies or practices. Mr. Astorino also hired an independent analyst from Pace University to look at the data, and he concurred with the county’s conclusions.

HUD didn’t like these results, so the agency’s federal monitor brought in the left-leaning Pratt Institute to produce “report cards” on the 31 communities involved in the settlement. Pratt also found no racially exclusionary policies or practices. It did find economic reasons that some neighborhoods aren’t diverse, but this is the result of individual home purchases. Pratt gave Mr. Cuomo’s own community of New Castle and other wealthy neighborhoods like Rye and Scarsdale passing grades.

When Mr. Astorino still resisted, HUD withheld $7.4 million in community development block grants last year and is threatening to withhold $5.2 million this year. This deprives Westchester’s poorer neighborhoods of the very funds that are supposed to build affordable housing.

All of this has national significance because HUD is using Westchester to test drive its racial engineering project to redefine discrimination by demography. Former HUD deputy secretary Ron Sims referred to Westchester as its “grand experiment” in 2009. HUD hit the Long Island city of Oyster Bay with a similar lawsuit in April, and other cities are wondering if federal funds are worth the threat.

Citizens in the town of Goffstown, New Hampshire, rejected a HUDbacked housing proposal in September after viewing a video that explained what had happened to Westchester. Mr. Astorino has also proposed to refuse federal funds and to use a bond issue to start Westchester’s own block-grant program “for the communities being held hostage by HUD.”

Which brings us to this year’s race for Governor. The media are portraying it as a lay-up for Mr. Cuomo, but don’t be so sure. Mr. Astorino should do well upstate, where the economy is lousy and Mr. Cuomo has banned fracking for natural gas.

The Republican has a history of doing well with suburban Democrats, who also resent Washington’s attempts to rezone their neighborhoods. In 2010 Mr. Astorino won 25% of the black vote and 30% of Democrats. Mr. Cuomo is worried enough that he recently cut a deal with the public-union Working Families Party, which suggests he will move left on taxes and the economy if he wins re-election. Mr. Cuomo is also trying to shut down Wall Street donations to Mr. Astorino, who needs money to get out his message of economic revival.

This is the context for the HUD-Cuomo-Sharpton racial squeeze play: Try to stigmatize Mr. Astorino just as he is trying to introduce himself to a broader electorate. Such race-baiting politics is what should be stigmatized, just as the country should reject HUD’s attempts to dictate the racial composition of America’s neighborhoods.