This is a letter from Club member Fred Bedell,  sent to local and regional newspapers regarding the “Meet Rob Astorino” event on Monday June 30th. 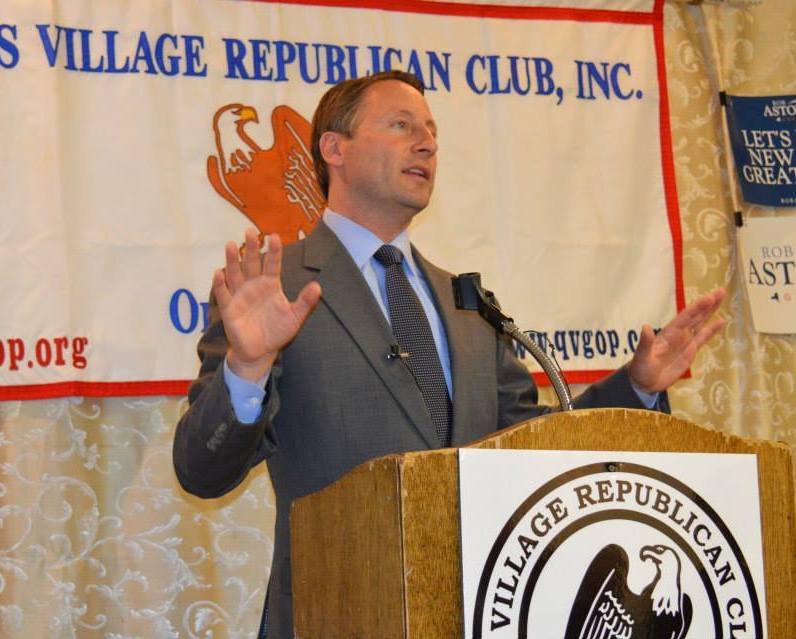 I had the privilege to attend a meeting of the Republican club of Queens Village held at St. Anne’s Knights of Columbus hall in Glen Oaks Village, on June 30th. The guest speaker was Westchester County Executive Rob Astorino, who spoke why he wants to be the next governor of this great state of New York.

Rob Astorino pointed out that N.Y. ranks 50th in the country in things that matter. We are highest in taxes in America, worst business climate, most corrupt government, second highest in electricity costs, and the greatest in population loss. Now Rob Astorino as Westchester county executive has cut taxes by 4%, reduced the county property taxes by 2%, created nearly 30,000 new jobs, and has the highest credit rating in the state. Now that’s the kind of governor we need now.

There were questions to Rob Astorino and mine was the first that was read. It was about the Education Investment Tax Credit that was not passed by Albany and Governor Cuomo said it would. He said education was his highest priority and that piece of legislation should have passed because it would have helped private and public schools and would not have cost the state a dime. All this being said, I say vote for Rob Astorino for he is a man of the people of this great state of New York.