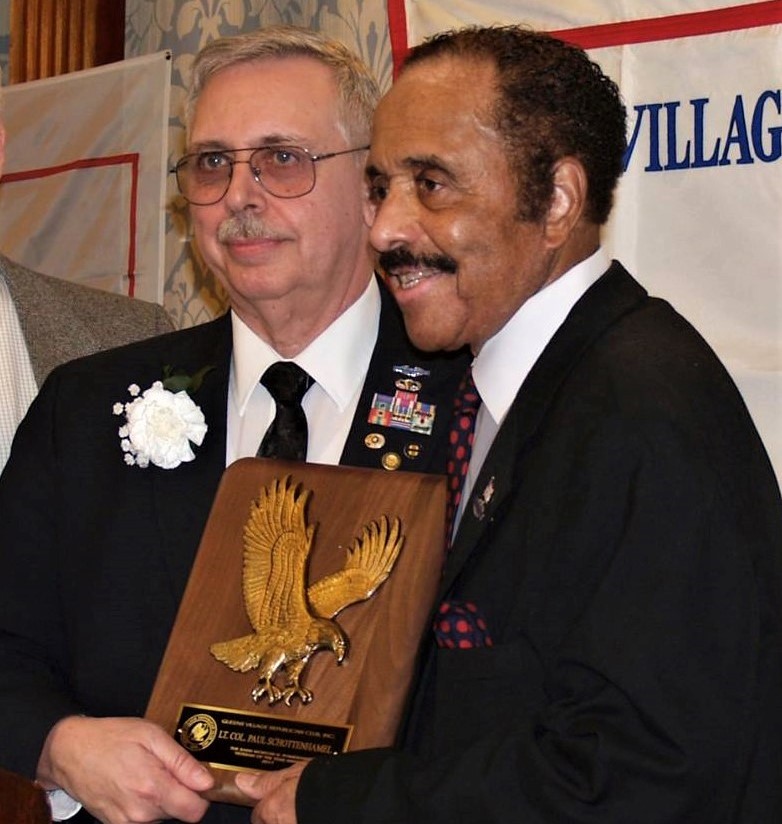 Lt. Col. Paul Schottenhamel, U.S. Army (Ret.), the past Queens County American Legion Commander, was honored as the Veteran of the Year at the Lincoln Dinner. He was the recipient of the Rabbi Morton Pomerantz Veteran of the Year Award, for his heroism on the battlefield, as a highly decorated combat war veteran, and his tireless leadership of the community of veterans in New York City, in order to always remember their service and sacrifice to keep America free. The award was presented by Lt. Col. John W. Peterkin, U.S. Army (Ret.), who served in World War II, served two combat tours in Korea, and two combat tours in Vietnam and served in NYC as an NYPD Officer.