Time For Republicans To Give Black Voters a Real Choice

Time For Republicans To Give Black Voters a Real Choice

Editor’s Note: This is Robert Hornak’s column as published in the news and media outlet, The Schpiel, with explicit permission of the author. The Schpiel is a proud partner of the Daily Caller News Foundation, the Jewish News Syndicate, and the Free Speech Alliance.

Disclaimer: Opinions expressed on our website pages are not necessarily the official positions of the Queens Village Republican Club, Inc. Additionally, we understand the author’s intent to use this as a positive opportunity to work with the Black community and welcome them into the Republican Party. However, a rebuttal will be coming soon on the deep-rooted historical problem in Black and minority communities in cities across American, and offer a solution based on Republican principles. 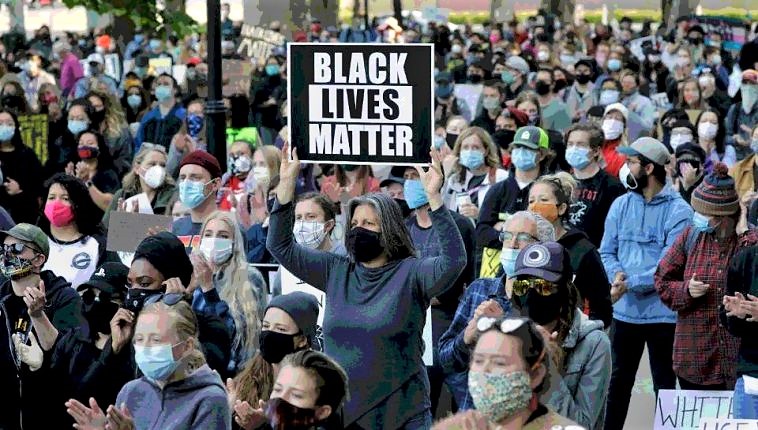 In recent days many people whose politics lean center-right have been trying to give “the facts” on racism in America. This completely misses the point and is nothing more than a distraction from the need to address a real and very serious problem and from the larger conversation we need to have on race relations in America.

Republicans should immediately please stop. And listen. Listen to the pain that real people peacefully protesting are experiencing. Do not allow the small group of violent thugs, looters and Marxist agitators hijack this very real crises and change the debate to the one they want to have, with all blame, accusations, and no solutions. Don’t take the bait from those who seek to profit from further dividing America.

There are many ways to parse the numbers if you want to examine race and inequality. You can also debate whether it is systemic racism or something else. But at least we should all agree, putting politics aside for just a minute, that there are problems unique to Black America and something real and constructive needs to be done to solve this systemic problem.

Here are some facts that there is no denying. The White population is almost 6x the Black population. Marginally more Whites than Blacks killed by cops every year doesn’t begin to consider the full story and all the facts.

Currently, one in four Black families in America live in poverty. For White Americans it’s less than one in ten. The other three fourths of Black families don’t fare much better with the median income for Black families at $41,361. Hispanics are at $51,450, Whites at $70,642 and Asians lead the nation at $87,194. This isn’t White Privilege or supremacy (which is nonsense); this is Black disenfranchisement.

The facts on police killings are only a very small part of the big picture here. You can look back at over 150 years of racism since slavery was abolished, that includes Jim Crow, Trade Unions formed to exclude Black workers, school segregation, Separate but Equal, police dogs set upon peaceful protests in the South, Poll taxes to prevent Blacks from voting, killing and authorities cover-up of civil rights workers in the South registering Blacks to vote, Great Society war on poverty that was the catalyst for the breakdown of the Black nuclear family, redlining by real estate agents and mortgage brokers, dilapidated and unsafe public housing (in NYC 50% of public housing occupants are Black), dysfunctional and substandard schools, low air quality in many Black neighborhoods, bad roads and infrastructure, poor job opportunities and in some cases abusive cops and bad public safety policies by local mayors.

That history sounds pretty systemic and institutional. And this record has been mostly exclusive to Black America, making it easy to define as systemic Black disenfranchisement.

If we want to point the finger of blame anywhere, point it at the people who are elected to represent these communities who get elected making promises they never intended to keep. In plain talk, they lied. They promised better living conditions but provided inferior housing. They promised better education but provided dysfunctional and unsafe schools. They promised safer streets but allowed bad cops to remain on the force and arresting Black men in record numbers for minor drug possession while doing nothing to stop gang violence, calling places like NYC “ungovernable” when it came to public safety.

This was one of the most cynical political ploys in American history, taking advantage of people’s suffering and abusing them just to get their vote.

But Republicans are not without blame. After 100 years of fighting for the equal rights of Black Americans, they abandoned Black America in the 1970’s. Now the response to building outreach in Black communities and supporting Black candidates in majority Black districts is “Don’t waste your time, they’ll never vote for us anyway.” That is an unacceptable response.

As the current crises has unfolded their focus has been entirely on the violent agitators masquerading as protesters. There’s no question that all the violence must end, thus allowing the focus to be on legitimate peaceful protest. But that is only one step in the process of being able to create a more inclusive society that truly gives equal access to every American to achieve the American dream. We must not get so caught up in step one that we lose sight of the entire mission before us. We didn’t secure the beaches at Normandy, declare victory, and go home. We must not secure the streets and declare victory now, as the fight is far from over.

There’s no question that we need to differentiate between the belief that Black Lives Matter and the organization of the same name, an organization that is a radical Marxist, anti-Semitic group dedication to destroying western values. But making this radical anti-American group the focus of our efforts elevates them to a place they don’t deserve, to define the issues of the coming debate in a way that benefits their agenda, not America’s.

Now more than ever we need to bring everyone in America together, foster real racial healing, and allow this country to move forward as one America. As a lifelong Republican I want to see my side stop bitching about how silly the complaints are from people living in those circumstances outlined above based on an analysis of a cherry picked set of facts and start putting real solutions on the table and then fighting to get them heard and considered. At least give people a real choice at the ballot box and maybe put the fear of god into the people who have profited from their decades of lies and abuse.

« PreviousCuomo Searching For Scapegoats To Blame For His Deadly Coronavirus Order As 10,000+ Nursing-Home Patients Have Lost Lives To COVID-19
Next »We Must End the Slavery of One-Party Rule