Video: The Politics of National Security

The Politics of National Security 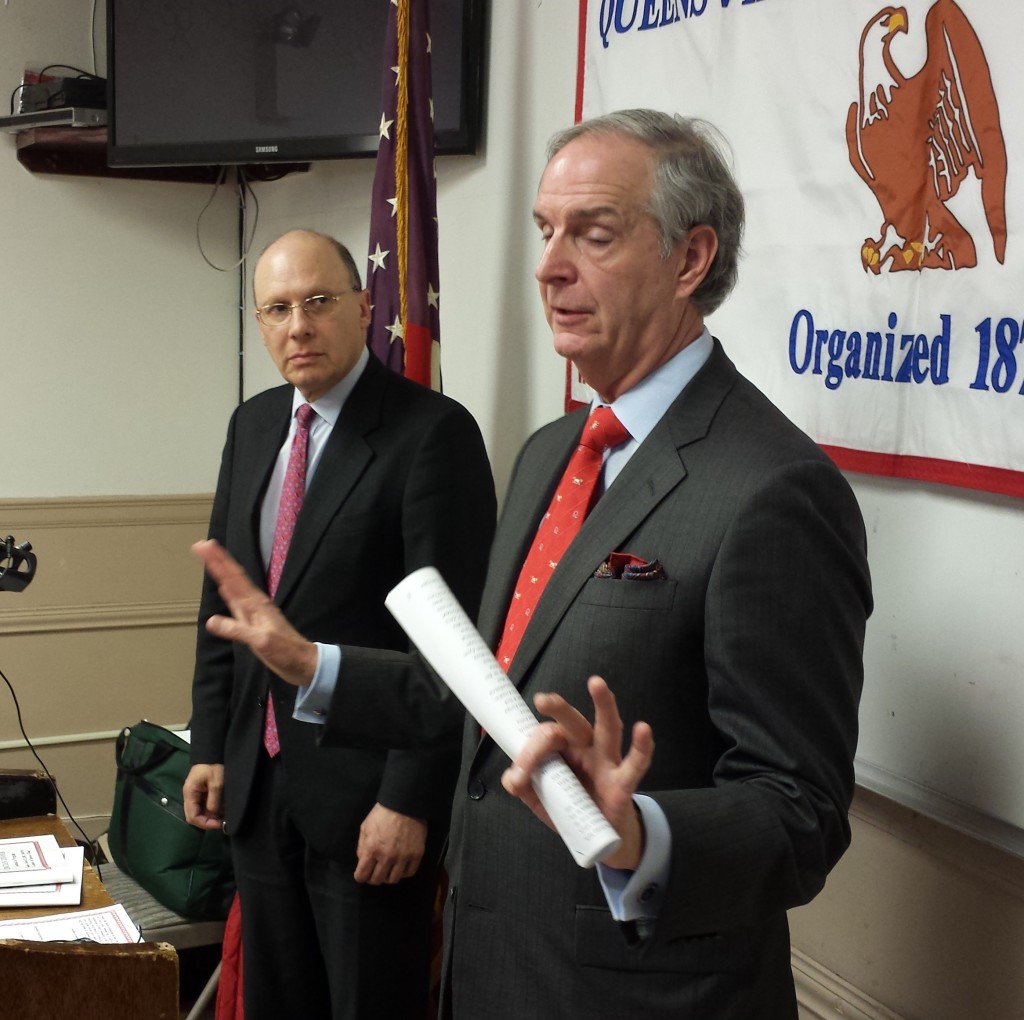 Former U.S. Congressman and Fox News contributor John LeBoutillier spoke about national security at our January 2016 monthly meeting. It was a public forum and John delivered a riveting, inspiring presentation that articulated the politics behind Barack Obama’s failed leadership and his destructive foreign policy. Here is his videotaped presentation. It is a MUST SEE!

John LeBoutillier is a renowned political commentator, columnist, radio and TV personality, author and public speaker. He is a former Republican Congressman who served in Northeastern Queens and was elected in 1980. He served on the House Foreign Affairs Committee and the Special House POW/MIA Task Force. One of his books he co-authored with Ed Klein “The Obama Identity”. He appears every Sunday on Harris Faulkner’s Fox News show, Political Insiders.

« PreviousQVGOP hones in on No. 1 issue: safety
Next »Video of Ken Abramowitz Speech: Save The West