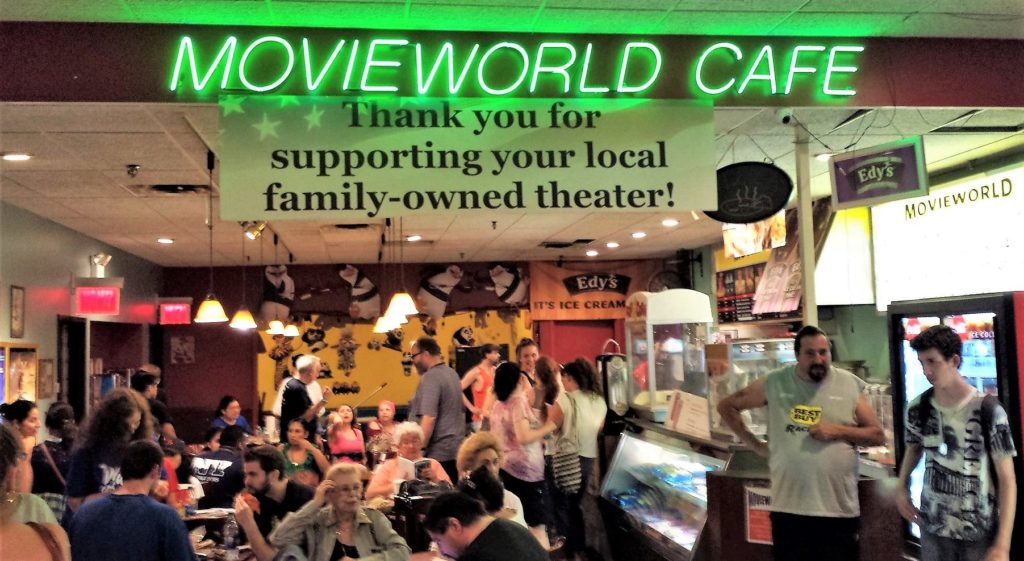 Bay Terrace, NY: On July 2nd, Movieworld, the beloved family-owned theater in the Douglaston Shopping Center, closed its doors for good. Sadness loomed at the customer appreciation party that evening, as the diverse crowd of moviegoers expressed their indignation that a small minority of local politicians and Community Board members, were bought off and conspired to close down the theater to make room for the big box retailer, Lowe’s. They were the only ones who were in favor of the closing. None of them lifted a finger to make a compromise or accommodation for Movieworld, which could have reasonably been done. The fix was in and the local politicians readily fell in line.

David Bressler, State Assembly candidate, was at the thank you party talking with the customers, sharing fond memories from his youth when he frequented Movieworld. If Bressler was in public office, he would have fought to keep Movieworld open, while the current Assemblyman Braunstein ignored the pleas of his constituents and did nothing to stop the shuttering of Movieworld. Either he was unaware of the closing or he knew about it and was in the pocket of big business.  Neither Braunstein, nor any other local politician showed their face that night at the party.

Bressler said: “I was very upset when I heard Movieworld was closing. It was more than a movie theater to me. It was a way of life. When it opened in 1983, I was 25 and I remember going to the movies with my dates and having a pizza in the cafe after the movies. It was a great place to spend time with a girlfriend or friends and family. At their last night party, I spoke to many people, and we were exchanging personal stories about our experiences at Movieworld. All the customers were extremely upset that this 80’s style movie theater, which is family owned, was forced out, because the landlord saw greed instead of seeing what the community wanted. The shame of it is no elected official tried to stop the closing, and it shows me how out of touch they truly are with the neighborhood. They should have fought hard to keep this icon of a movie theater opened, so generations of families and friends can escape the challenges life presents for a few hours like we had the opportunity to do.  I wish I was in office because I would have found a way to keep Movieworld open, so our community can continue to enjoy the wonderful experience. We have to think of the joy of the people instead of money. Our elected officials do not.”

Nobody in the community wanted to close down a profitable family-centered movie theater and open a big box hardware store and garden center, with the gamut of giant delivery trucks, noise, exhaust, congestion, and more traffic jams on the LIE. It was a crushing blow to the people of Northeast Queens who have been relishing the respite and joy of NYC’s most affordable family theater for over 30 years.

This is a case of a small elite minority forcing their will on the vast majority. Movieworld was the sacrificial lamb of the local politicians in a one-party pay-to-play system. Ultimately, it’s the hard-working everyday people who get stabbed in the back. In a one-party ruled borough like Queens, the public interest is squandered and the people are left without hope. They have lost their voice, without a representative to fight for their issues and concerns. The answer will come this November at the voting booth when there are two viable candidates – a real challenge to one-party rule. The people ultimately have the power to control their own destiny to choose the one who will fight for them. Everyone who is angered about the theater closing needs to vote for David Bressler who will be their champion and stop this travesty from happening again, so that the people, not the politicians and big government, will win in the end! 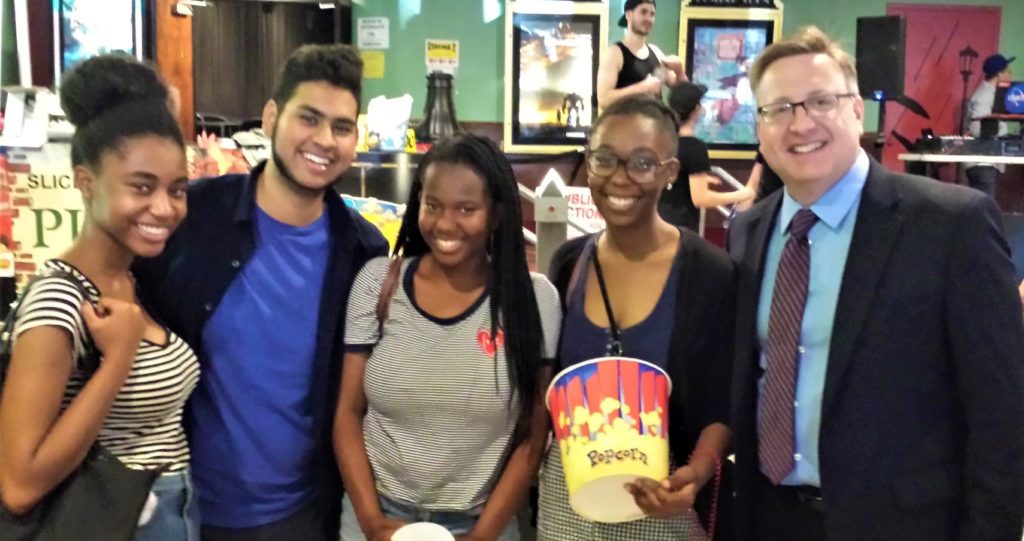