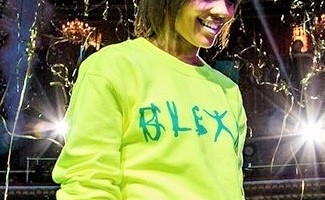 Last week we witnessed three auspicious anniversaries. November 11th was the 100th anniversary of Veterans Day, marked by the annual Veterans Day parade in Manhattan, one of the largest in America.  President Trump was the first sitting U.S. President to attend the event and address America’s veterans.  We are eternally grateful to our veterans who served and sacrificed fighting for freedom.

The week was also marked by the 30th Anniversary of the Fall of the Berlin Wall, a pivotal moment leading to the downfall of Communism and the light of freedom emerging in Eastern Europe. During the same week, Kristallnacht or the Night of Broken Glass, a violent pogrom against the Jews of Germany in November 1938, also marked its anniversary. German authorities looked the other way without intervening, and the world remained silent giving Hitler the green light to advance his plans for the systematic murder of six million Jews during the Nazi Holocaust.

We partake in these events and remember once again that freedom is not free. President Ronald Reagan warned: “Freedom is never more than one generation away from extinction” and in the hallowed words of Edmund Burke, “The only thing necessary for the triumph of evil is for good men to do nothing,” a timeless quote from over 200 years ago that stands as words of warning against the sin of succumbing to political apathy.  However, the actual language went more like this: “When bad men combine, the good must associate; else they will fall, one by one, an unpitied sacrifice in a contemptible struggle.”

Today, we see that the appalling conditions in our country, our city and state warrant that “the good must associate.” Now is the time for all good patriotic Americans to proudly stand up and associate into organizations and movements to save our country, defend our values as Americans, and resist the socialist trends of the times.

Thankfully, this optimistic trend of good people associating is happening here and now! Not only does this describe the successful workings of the Queens Village Republican Club, but all throughout the nation, Americans are uniting and fighting to take our country back. Hope is not lost. There is a rebirth going on today, on Main Street, U.S.A. The #WalkAway campaign, Blexit, and The Exodus Movement are the names of just a few of these positive associations to light the fire of hope and freedom in the hearts of all good American citizens.

We remember Brandon Straka, who just hosted a jam-packed Hispanic American Town Hall in Congressional District 14, AOC’s district in Queens, to reveal that the Hispanic community largely holds conservative values. Brandon, a former New York liberal and Hillary supporter, who walked away and transformed himself into a proud patriot and Trump supporter, received the acclaimed American Patriot of the Year Award at our March 2019 Lincoln Dinner. Since then, his #WalkAway movement has grown into a tidal wave of Americans from nearly all ethnic and minority communities, who are following Brandon’s lead to think critically and independently. 1000’s are dissolving their loyalties to a political party driven by hate and intolerance, that manipulates emotions and controls our thoughts by dividing us by race, gender, and sexual orientation, and undermines the will of the people with its phony witch hunt against the president.

Candace Owens and her Blexit movement that is encouraging millions of black Americans to exit the Democrat Party, has Republicans applauding and Democrats terrified of the president’s rising poll numbers in the black community, with one pollster placing the president’s approval rating at a high of 36%. Candace is a charismatic conservative firebrand, who like Brandon was a liberal until she heard candidate Trump at a campaign rally in 2016 ask black America: “What the hell do you have to lose?” and started her thrilling journey exiting from decades of Democrat’s deception and media brainwashing, and who is now encouraging millions to do the same. Candace is on our shortlist of luminaries invited to keynote our upcoming 2020 Lincoln Dinner on March 22nd. Mark the date on your calendar for this magnificent annual event!

Elizabeth Pipko, whose front-page essay is featured in this issue of the Eagle, is the founder of The Exodus Movement, and is an international model, former Trump campaign staffer, and media star. Elizabeth is a proud millennial Jewish American, who is teaching others to stand up for what they believe and think for themselves, and to make their Exodus from the rising anti-Semitism and anti-Americanism of the left and the Democrat Party. We are excited to have Elizabeth speaking at our December 5th Holiday Dinner Party. Please help spread the message of The Exodus Movement with a contribution, and join us on December 5th and bring your friends!

Our club is also on the forefront of the battle winning hearts and minds over to the Republican side on Main Street, Queens. Literally. We are planning inspiring meetings and a glorious 2020 Lincoln Dinner, as well as marching in local parades, joining Trump 2020 rallies, handing out flyers, registering voters, building our county committees, recruiting Republicans, organizing and fighting to take our country back. The movement we are leading is to rebuild the Republican Party, to vote Republican, and win local elections, so we can change the radical policies that are making conditions in New York worse, and to hasten the new Republican renaissance in NYC! Join us and be part of these patriotic movements!

« PreviousLet’s celebrate our great USA!
Next »Centenarian Philip Kahn: From Harlem Hospital to Hiroshima to Home