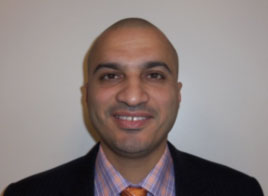 While the GOP seeks to reinvent itself with a more racially diverse composition, Queens Village Republicans are ahead of the ethnic curve without watering down their fundamental American values. They immigrated to America seeking the blessings of liberty and democracy and the economic, political and religious freedoms not found in any other nation on earth. Many came here penniless, but with the creative entrepreneurial spirit, they rose up to be wealthy and successful. America is an exceptional nation where anyone, no matter what race, religion or class origins, has the opportunity to fulfill their highest potential.

The Club is also proud to celebrate this diversity and American exceptionalism at its 138th Anniversary Lincoln Day Dinner at Antun’s of Queens Village by honoring Khurshid Abdul-Mutakabbir, Principal of Maspeth High School as the Educator of the Year. He founded a unique new public school which offers a classical education curriculum, traditional American values, character development, and implements discipline and dress codes. This innovative program presents all his students with the opportunity to fulfill their highest potential.  While today’s failed public school system graduates roughly 50% of its students, Khurshid confirms that his students are excelling and expects a graduation rate of 95%.

Khurshid is the bi-racial offspring of a white Irish mother whose family emigrated from Ireland after the potato famine in the mid 19th century, and a black Caribbean father from the small island of Antigua in the West Indies. He came from a family of military veterans who fought in nearly every war in the U.S. Armed Forces since World War I. Coming from a long line of patriotic parents, uncles and grandparents who love democracy and America, he was nurtured with a strong desire to serve as well. His opportunity came as a direct result of his outrage over the terrorist attacks on September 11 when he left the financial services industry to become a New York City Teaching Fellow in their Math Immersion Pilot Program.

Living in Maspeth, Khurshid is fortunate to see these patriotic values reflected in the community as a whole. Due to the huge spillover, Maspeth residents have been looking to build a new high school for many years.  He presented a proposal to the New York City Department of Education, and out of 250 proposals, his was accepted for what has now become Maspeth High School, the “crown jewel” of the New School Initiative.

Growing up in Boston, Khurshid attended Catholic Schools, starting with St. Margaret’s Elementary School to Boston College High School, an all boys Jesuit high school, where he was taught moral values and compassion. From his moral and patriotic upbringing he developed a core ideology which shapes the vision, mission and core values of Maspeth High School today. He believes the purpose of public education is to produce an educated population to be the critical thinkers, innovators, philosophers, entrepreneurs, statesmen, and productive citizens of the United States.

In order for our democracy to work, our country needs a strong, comprehensive education system. But in today’s highly toxic climate, public education has been tossed around like a political football, and its sense of purpose has been blurred by clueless elected officials without any vision or concern.  There is a disconnect between the federal government’s educational bureaucracy and the local school districts, as every new administration enacts a grandiose program and a new slogan every four years. Federal bureaucrats shouldn’t be deciding education policy.

Consequently, home schooling is growing due to the dumbing down, politicization of the classroom and the overall failure of the K-12 system. Teachers unions fight for their self-serving agendas at the expense of the children. Radical ideologues abuse the system for their own destructive causes. The purpose of public education ultimately gets lost in the mix.

Maspeth High School is a new public school created from scratch offering a classical, college preparatory curriculum that exceeds the state graduation requirements.  Khurshid was able to hire his own teaching staff and enjoys the support of parents and the local community. His bio states that he is a “product and an advocate of classical education, which is the mechanism through which the morals, values and ethics of our Western Civilization were developed, built upon and still examined.” The school’s website touts classical education as a “language intensive and knowledge‐centered approach to education existing for over 2,500 years producing great minds like Socrates, Copernicus, Galileo, Shakespeare, Goethe, Newton and Einstein.”

The Queens Village Republican Club is proud to honor Khurshid Abdul-Mutakabbir, who is truly deserving of the Educator of the Year award and we look forward to his future accomplishments with great expectations. This GOP Club believes the early successes that Maspeth High School is experiencing are the prelude to the modeling of its classical education curriculum and core values for a public education system sorely in need of reform.

Next »Oldest Republican Club in the Nation to Honor Pamela Geller