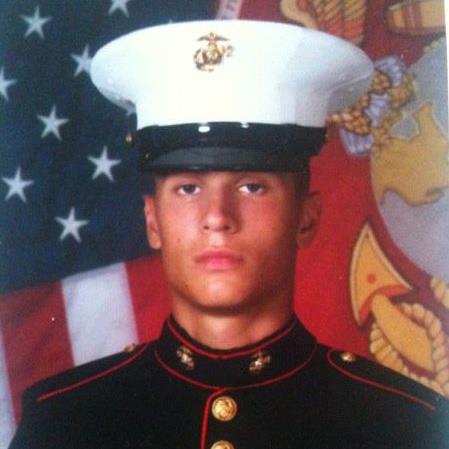 When the Ultimate Sacrifice Award was presented to the family of Marine Lance Corporal Greg Buckley at the Lincoln Dinner, and the majestic strains of the hymn,  “Mansions of the Lord” was heard, the entire crowd was on its feet in solemn emotion. Greg Buckley, Sr. spoke tearfully about his son’s “Green on Blue” murder at the hands of the Afghanistan police he was training and demanded justice for his son. The Queens Village Republican Club made a promise to support the Buckley family and seek justice for LCpl Greg Buckley Jr. The video of the moving speech and call to action will be posted on the Club website shortly. Here is the story and what we can do to help bring justice for LCpl Greg Buckley Jr.:

Lance Cpl Greg Buckley, Jr., was one of three Marines murdered, with a fourth critically injured, in a “Green on Blue” insider attack on his military base in Helmand Province, Afghanistan on August 10.  He was working out with fellow marines in the gymnasium dressed in shorts and undershirt when he was shot in the chest with an assault rifle by the 19 year old “tea boy” (slave/assistant) of the “allied” Afghan District Police Chief who was being trained by our soldiers and living on their base.  Greg’s murderer was immediately captured and the gruesome killings were concurrently celebrated as he shouted “I did Jihad.” The District Police Chief, whose AK-47 was used and who gave the approval to execute these Marines was detained but soon released in order to comply with the Obama administration’s policy of “cultural sensitivity” to the needs of the Afghans.  The Marines were unarmed on our bases at the time due to this administration’s constant desire to appease, while the Afghans remained fully armed. There have been over 75 “Green on Blue” murders of our soldiers since they began in September 2008 and our government continues the scandalous cover-up. 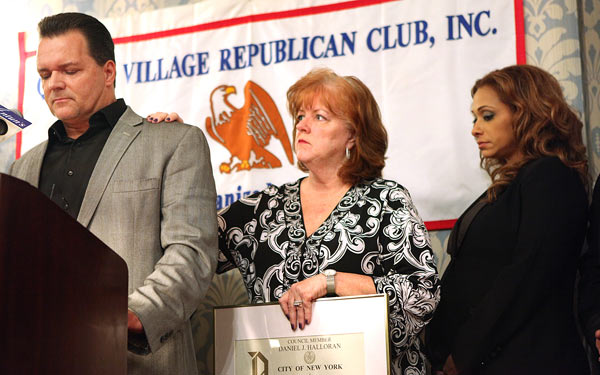 he Buckley family has sought justice and answers for over six months, but they have been stonewalled by our government. The Military has classified their deaths as homicides, now we need those responsible to be prosecuted on American soil as terrorists. The Buckleys continue to speak out against the shocking disrespect of our soldiers and military families by this administration, while demanding justice, until all our sons and daughters are brought home.  They are asking that we all come together and demand answers from our elected officials and NCIS, the Naval Criminal Investigative Service that is investigating the murder of these Marines.   Follow the Facebook page:  www.facebook.com/GregBuckleyJr  to help seek justice and get answers.

• DEMAND JUSTICE FOR LCpl GREG BUCKLEY JR. AND ALL THE VICTIMS OF GREEN ON BLUE INSIDER ATTACKS AND TO EXPOSE THE GOVERNMENT COVER-UP.

• DEMAND TO KNOW THE STATUS OF THE INVESTIGATION INTO THE MURDERS OF LCpl BUCKLEY JR, Cprl RICHARD RIVERA AND SSgt SCOTT DICKINSON AND THE CRITICAL WOUNDING OF SSgt CODY RHODE.

• DEMAND SWIFT AMERICAN PROSECUTION OF LCpl BUCKLEY JR’S MURDERERS AND DEMAND THEY BE TRIED AS TERRORISTS ON AMERICAN SOIL.

• DEMAND RESPECT FOR OUR MEN AND WOMEN IN THE US ARMED FORCES AND THEIR FAMILIES FROM THIS ADMINISTRATION.

• DEMAND FOR RULES OF ENGAGEMENT THAT PROTECT OUR SOLDIERS, NOT THE ENEMY.

• DEMAND THAT OUR SONS AND DAUGHTERS ARE BROUGHT HOME FROM AFGHANISTAN NOW.