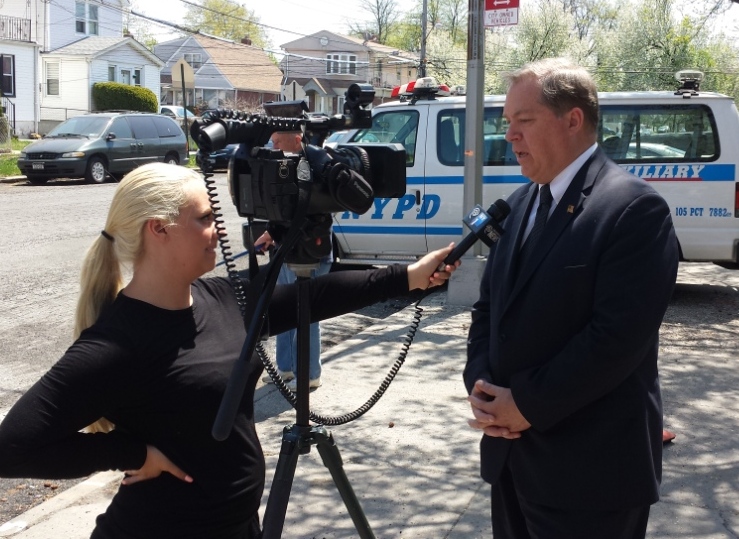 Today, I am calling for a national boycott of the City of Baltimore, Md. I am doing so to address the failure in leadership in which:

In the streets of Baltimore, we observed police officers retreating instead of enforcing the law.

“The Purge” is a movie where the police stand down and allow lawlessness to prevail. Citizens, business owners and clergy are left to fend for themselves.

The movie became reality when the Baltimore mayor issued a stand-down order to her police department and left the citizens defenseless.

Life imitates art. Like most movies, this one may be coming to your town soon.

In Baltimore, they have taken the force out of their police force.

Here in Queens, NY at the 105th Police Precinct in Queens Village, it is with great sorrow and regret that we acknowledge that this is the command where Police Officer Brian Moore was shot on Saturday evening by an ex-con, who has been arrested and charged with attempted murder. We offer Police Officer Moore our deepest prayers to him and his family for his speedy recovery.

We are calling on the citizens of NYC to rally behind New York’s Finest and come out and pay their respects to police officers nationwide who died in the line of duty. Candlelight Vigils will be hosted at every NYPD Precinct in NYC, in coordination with the nationwide observance for National Police Week, occurring the second week of May.  The date for the Candlelight Vigils is May 13th and assembly time is 8:30 PM. At 9 PM or whenever it gets dark, everyone will light their candles or flashlights and host a moment of silence for our fallen heroes, 117 of whom nationwide, died in the line of duty in 2014.

This will give comfort to the families of the deceased, and bring attention to the great sacrifice of these officers who have fallen in the line of duty while dedicating their lives to protecting others. Starting this year, it is hopeful that this police vigil will become an annual staple of New York City community events in solemn memory of our fallen officers.