All Politics is Local – Get Out and Vote!

All Politics is Local – Get Out and Vote! 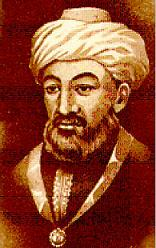 We believe one person’s actions can make a difference. Moses Maimonides, a preeminent medieval Jewish philosopher, said it best: “Each person should see himself as though the entire world is on a delicate balance, and with one deed, he or she can tip the scales.” Although some of us may feel we are too tiny and insignificant to change the world, there is something we can all do to make a real difference: vote and encourage others to do the same!

Voting matters. Some elections have been decided by just a handful of votes. Republican David Storobin won a special election for State Senate in Brooklyn a few years ago by a mere 13 votes. The Father of the Constitution, James Madison believed that voting matters and helped establish the first political party, the Republicans, although it had no relation to the modern GOP established in 1854. In fact, he said it is so crucial, that “the government equilibrium of power would face collapse” without “an informed and engaged electorate.” Madison believed that all power in America ultimately resides with the people.

Many members of the Queens Village Republican Club have been doing their part in supporting and volunteering for the various local Eastern Queens Republican candidates, contributing their time, energy and money, knocking on doors, making calls, delivering newsletters, handing out literature at shopping centers and attending fundraisers. Every single one of these actions is making a real difference and “tipping the scales” to help great Republican candidates win the elections in order to take our country back and save America from decades of progressive Democrats’ destructive agenda.

We know that the Republican Party is the party of freedom, law and order, constitutionally limited government, prosperity, safety, hope and optimism, while the Democrats are the party of big government, high taxes, welfare programs, onerous regulations, slashing our military, and vilifying our police. Once a sensible party of great statesmen like Truman, JFK, Scoop Jackson, and others, now has turned sharply leftward into the party of Obama, Crooked Hillary, de Blasio, Mark-Viverito and New York City Council Members who refuse to stand for the Pledge of Allegiance.

Dinesh D’Souza presented a new documentary, “Hillary’s America” exposing the true history of the Democrat Party, the Party that championed slavery, racism and opposed the 13th, 14th and 15th Amendments, which granted emancipation, equal rights and the right to vote to blacks. These were passed by the congressional Republicans over the unanimous opposition of Democrats. He revealed the Democrats’ creation of segregation, Jim Crow laws, and the KKK, “the domestic terrorist arm of the Democrat Party” in the words of historian Eric Foner, in order to prevent blacks from voting for Republicans. The true history reveals the Democrats’ opposition to the Civil Rights Act of 1964 and Voting Rights Act of 1965 both of which passed due to Republicans votes in higher percentages than Democrats.

D’Souza also revealed the “Big Switch” in which the Democrats became the good guys and Republicans, the bad guys, and history was veiled in deception.  As the recently reconfigured champions of blacks and minorities, Democrats created inner city progressive plantations with their “War on Poverty” programs which created a massive welfare system of dependents on cash handouts, food stamps, subsidized housing, medical care, and other basic needs, spending $20 trillion in tax dollars which failed to reduce poverty in America. By offering free stuff, they sought to convert these formerly undesirable populations into Democrat voters. Blacks switched their allegiance from the party of Lincoln and freedom to the party of slavery, segregation, the KKK and now economic slavery. The results are cities like Detroit, once the most prosperous city in America, which now after more than 50 years of progressive Democratic rule, has turned into the poorest and most dangerous large city, and biggest bankruptcy, in the nation.

Now Crooked Hillary, keeping on track with Saul Alinsky’s playbook, Rules for Radicals, seeks to finalize decades of progressive destruction of America by controlling not only the White House, the media, academia, and all the corridors of power in America, but also the Supreme Court, the federal court system and open borders immigration policy. A victory in November for Clinton and the Democrats will make Obama’s plan of “fundamentally transforming the United States of America” a fait accompli.

Our club organized an outing to see “Hillary’s America” when it was playing in local movie theaters on Long Island. Now it’s out on DVD at hillarysamericathemovie.com. Order the DVD for your friends and colleagues. Host a viewing party for your neighbors. Let’s disseminate the truth far and wide before the General Election!

D’Souza says America’s only hope “is a resurgent Republican Party, the party of Lincoln and Reagan, the party of civil rights, economic opportunity, and freedom; the party that truly has the opportunity to not only save America, but make it great again.”

Do your part to actively participate in the most important and historic election of our lifetimes! Remember, all politics is local and there’s plenty to do here. Get involved and do it. Let’s make history by electing our Republican candidates, Ira Harris, Mark Cipolla, Jarret Freeman, Mike O’Reilly, Wendy Long and Senator Jack Martins. Let’s win New York for Donald Trump. We can make a real difference. Let’s make our voices count on November 8th and take America back! We can do this by rallying our neighbors, friends, colleagues and co-workers to go to the polls in massive numbers!