This is the text of Phil Orenstein’s acceptance speech at the installation of new Club officers at the January 9, 2014 Queens Village Republican Club meeting.

Thank you for the great honor of being installed as President of the Queens Village Republican Club.  But I accept this role also as a great responsibility to continue to build our historical and iconic Club and the Republican Party in this part of Queens.

As former Congressman LTC Allen West, who was our keynote speaker at a past Lincoln Dinner, said:  “As the oldest GOP club in America, it is your duty to carry the torch for the Republican Party and its core principles for the whole nation.”  This is a tall order and I will do my utmost to fulfill this mission entrusted to us. 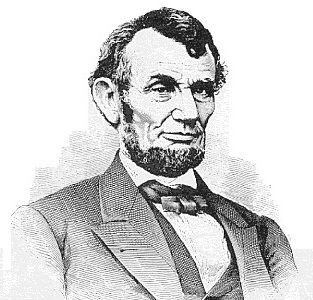 Abraham Lincoln was the original force behind the creation of a teeming network of Republican Clubs to build the Party organization and help in his presidential campaign with parades, brass bands, barbeques and rallies.  The Republican Party stood for opposition to slavery, for economic freedom, individual liberty, free market capitalism, opportunity, the dignity of work, self-improvement and hope, and it still does today.

Our Club was founded in 1875, 10 years after Lincoln’s death and enjoyed abundant success here in Eastern Queens when Republicans were plentiful and popular.  Everyone who owned a home and a business was a Republican.  Dozens and dozens of Republicans were elected to public office with a Republican Borough President in Queens.  There was a vast and robust GOP organization with four clubs in our own Assembly District which at that time covered Bellerose, Queens Village, Hollis and Cambria Heights. Our Club had its own Clubhouse here in Queens Village.  We had a Civil War cannon mounted on wheels donated to the Club which we used when marching in parades supporting our candidates and firing it along the parade route to frighten the opposition.

However, as the Party has been diminishing here in Queens, the QVRC has been growing recently.  Thanks to the efforts of the members and our past presidents: Phil Sica, Glen MacDonald, Kathleen Jones, Harvey Moder and many other who are no longer with us, our Club has been growing steadily and has earned the reputation as the trendsetting Club of New York City.  We have annual Lincoln Dinner extravaganzas with great speakers from all across the United States that have become the annual highlight of the city’s political calendar.  I hope everyone comes to our February 9 gala event coming up soon.

As the new president, I determine to continue to build and walk in their footsteps.  We have a great opportunity now to grow and bring back the glory days of the Grand Old Party in Queens.  We’ve enjoyed a renaissance in NYC for the past 20 years since Mayor Giuliani instituted proactive crime prevention policies and quality of life changes.  Crime has gone down to its lowest point in NYC history since they’ve been keeping records.  Since then, 1.3 million people have flooded back into NYC, and tourism, the theater, culture, the arts, businesses and restaurants have been booming.

People from all across the globe have flooded into Queens, the melting pot of the world.  They have come from all over the world to America and settled in Eastern Queens neighborhoods.  Queens Village and this part of Eastern Queens is the most diverse neighborhood in the world.  People come here for the safety and security we provide for our citizens and the unhindered pursuit of the American Dream.  They come for freedom, opportunity and hope. This is what we offer as a Club.  These are our core principles we stand for as Republicans and we will carry this vision to all the citizens of who have come to create a prosperous life for their families in Eastern Queens.  In a time of decline of the fortunes of the Republican Party, we will carry the torch as Allen West said, as a Club and light the path to the future for all the citizens of all races, religions and national origins of Eastern Queens and beyond.  We are all one in America, wherever we come from, the greatest cause on the face of this earth unites us, and that cause is America, the great land of freedom and opportunity. 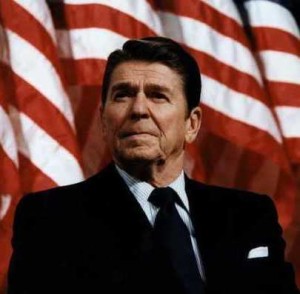 I believe it is our mission to become the “shining city upon the hill,” as Ronald Reagan said in his acceptance speech for the GOP nomination in 1984.  We will be the shining Republican Club upon the hill, the beacon of light for all to come to in NYC.  Our Club is the big tent welcoming all.

We are the Statue of Liberty as we rebuild our Party’s brand.  We welcome you all to the Republican Party with our shining torch of hope and light.  As a Club, we open our doors.  In the words of Emma Lazurus’ famous poem inscribed on the pedestal of the Statue of Liberty:

“Give me your tired, your poor,
Your huddled masses yearning to breathe free,
The wretched refuse of your teeming shore.
Send these, the homeless, tempest-tost to me,
I lift my lamp beside the golden door.”

As president, I pledge to make this vision for our Club a reality.  I ask for your support, your help and prayers to make it a reality and bring back the glory days of the GOP in Queens, with dozens and dozens of principled Republicans elected to public office.