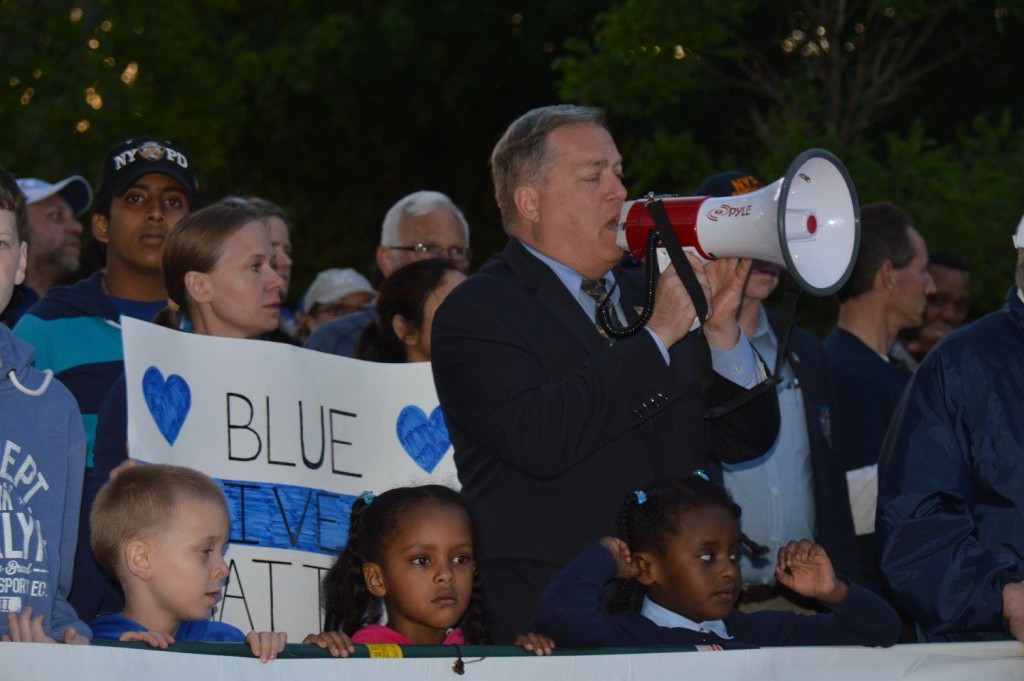 The National Law Enforcement Officers Memorial Fund hosts National Police Week each year, along with two other organizations: Concerns of Police Survivors (COPS) and Fraternal Order of Police (FOP). In 1962 United States President John F. Kennedy signed into law that May 15th would be known as National Peace Officers Day each year.  Henceforth, each year for the second week of May, the nation celebrates National Police Week.

This years’ service focuses on police officers who died in the line of duty during 2014.  During 2014, a breathtaking 117 police officers from around nation died in the line of duty.  This is why many say the police are under attack.  For example in the past five months, five New York City police officers have been shot and three of those fatally (Police Officers Liu, Ramos and Moore).  This data does not include the police officers who suffered a hatchet attack late last year, nor does it include the incident on 168th Street and Hillside Avenue where a man started shooting at the police, nor does it include the recent hammer attack on a police officer in midtown Manhattan. Our police officers are in harm’s way and the streets of New York City are proving to be increasingly more dangerous.  As crime numbers remain stable in some areas, the concern is that fear and disorder will return even if the crime itself remains neutral.

The highlight of Police Week has always been the Candlelight Vigil.  Picture a sea of thousands of flickering candlelights and a blanket of tens of thousands of police officers gathering around the families of the fallen officers.  It is why we say in life and in death a police officer will never ever be alone.  The police family is tight and they take care of each other in good times and during crisis.  This event is something that we want to repeat here in New York City, and each year increasingly expand the show of support by many communities throughout the city. 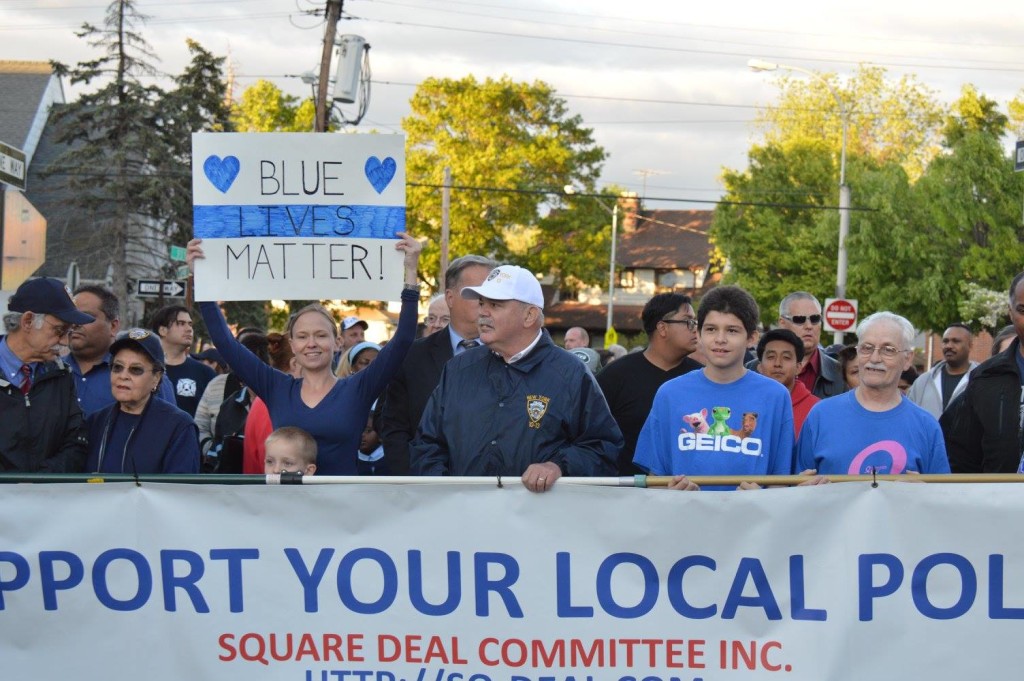 The undersigned has created and developed a newly formed not-for-profit in New York State called Square Deal Committee, Inc., a 501(c)(4) in formation.  Square Deal Committee is a social welfare, civic organization seeking to provide information to people so that they can enjoy life and live fully informed.  Square Deal has been hosting police rallies and press conferences during the freezing winter that just passed, and is the anchor organization for a growing movement to make National Police Week more prominent here in New York City.  This year a number of communities across NYC joined us in celebration of National Police Week.  None was more prominent than the 105th Police Precinct here in Queens Village.  On May 13th at 7PM the Queens Village/Bellerose area residents gathered for a Community March and then a wonderfully solemn vigil in front of the 105th precinct.  Square Deal Committee will now work towards strengthening the National Police Week celebration next year and we encourage everyone in the community to help make this a New York staple.

« PreviousProposal for the Police Officer Brian Moore Athletic Field
Next »Are the Lights Going Out on New York?