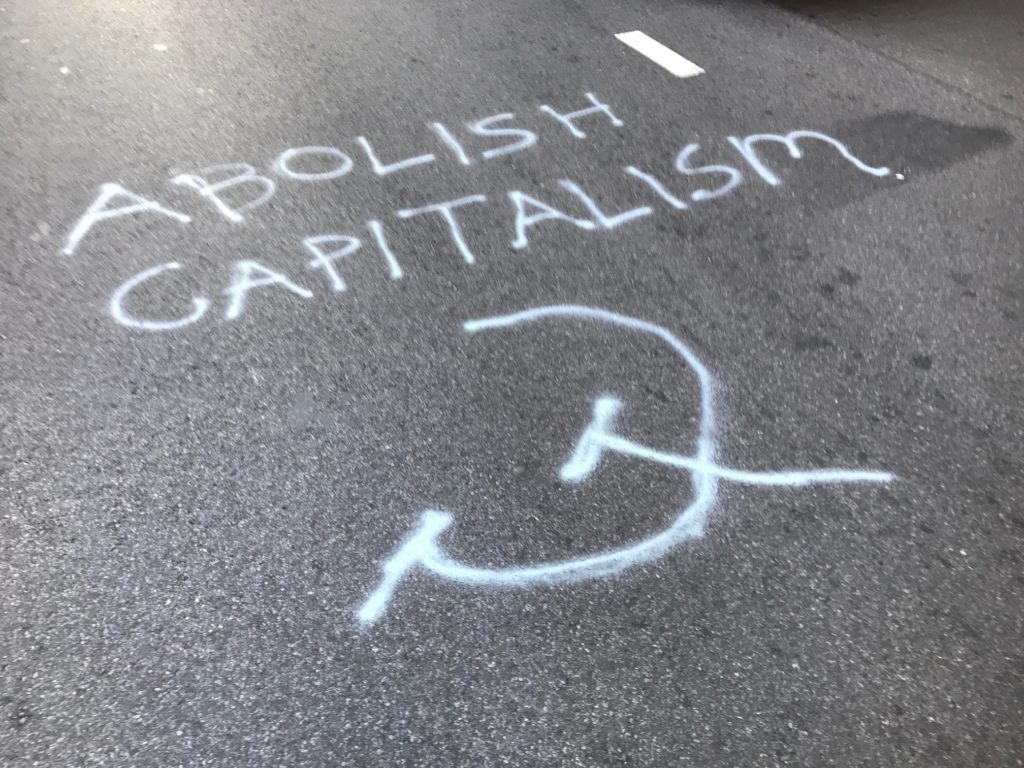 All day long Comrade Bill de Blasio spends his days painting black lives matter onto the streets of NYC.  Meantime he permits the black lives matter/antifa group to occupy city hall.  As you can see they have graffiti up all the gov’t buildings surrounding city hall.  Since all that de Blasio is capable of doing as of late is paint, let’s put his acquired skills to work. He has emasculated the police and shut down the rest of the city except for the black lives matter protests.  It would be nice for him to get out his roller and paint and begin to cover up the massive amount of anti-cop graffiti that he allows to stay up.

Look at the one picture where the demonstrator is lynching a police officer.  Could you imagine if the roles were reversed?  ALL HELL would break loose.  Since the newly empowered CANCEL CULTURE is trying to limit free speech would this be considered free speech? 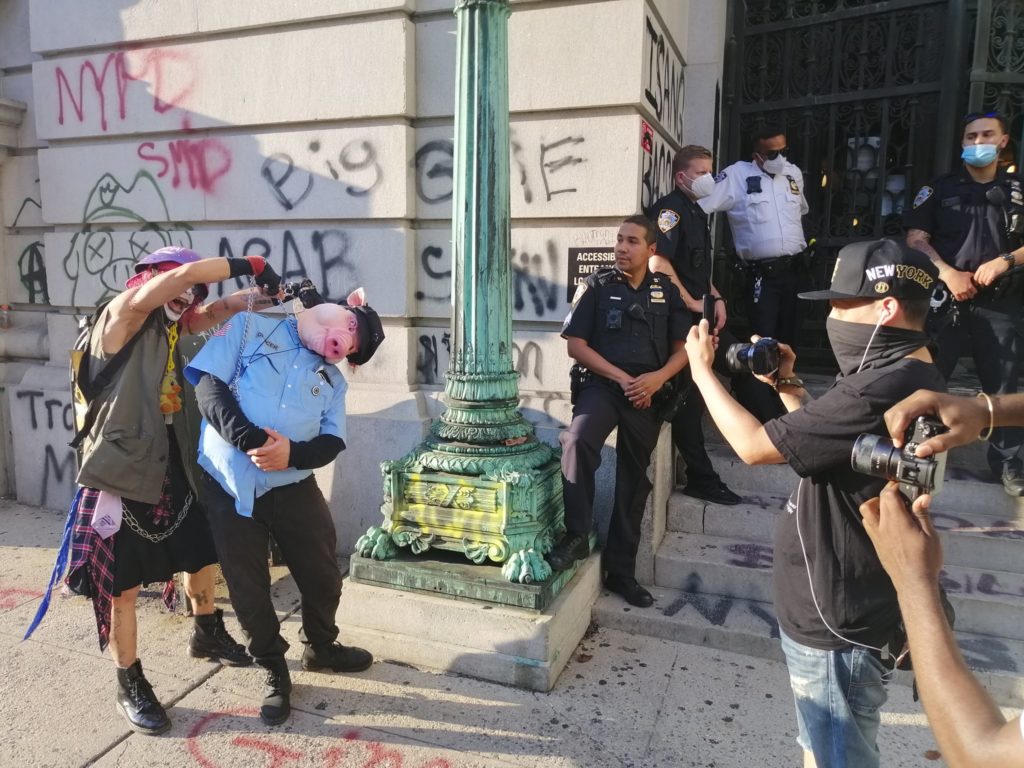 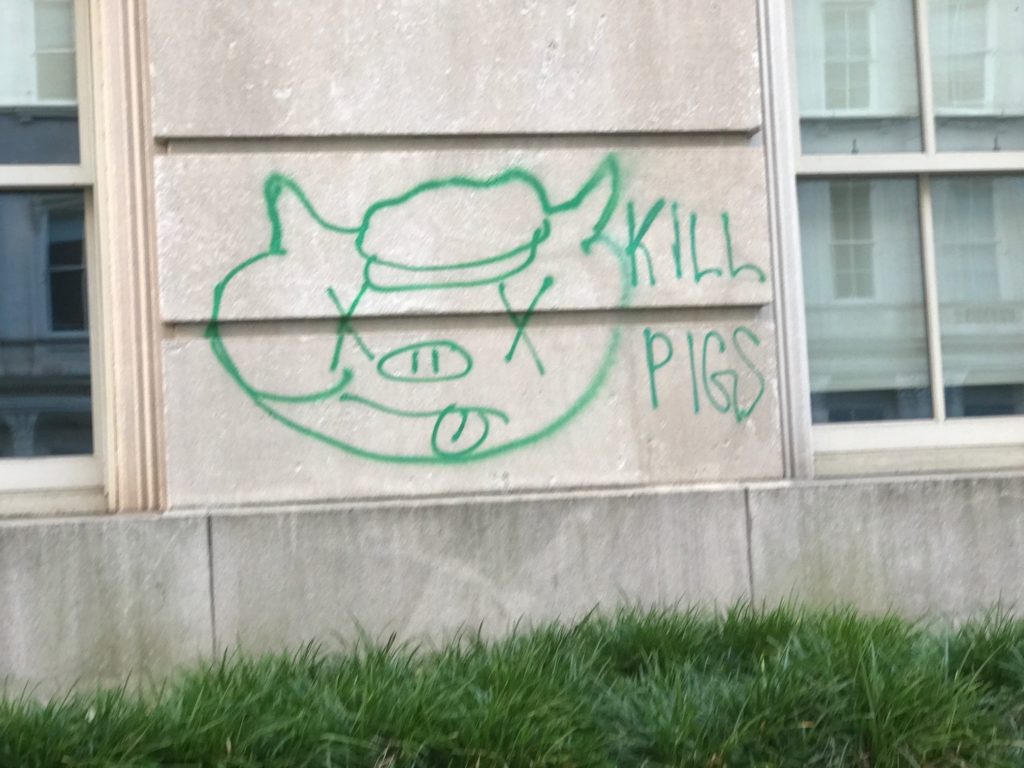 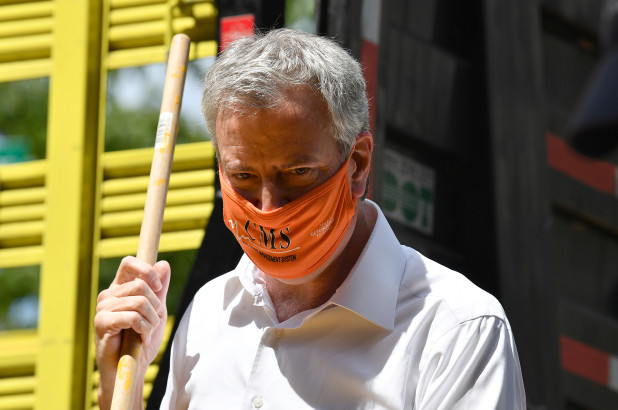