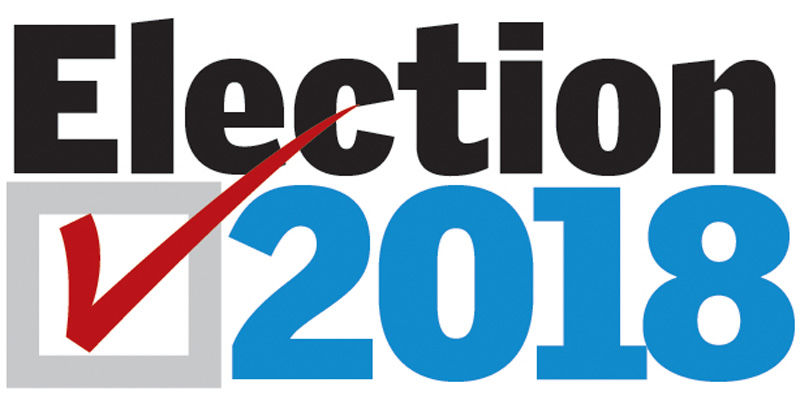 Our club opens the door and welcomes the neglected voters….We participate in parades, dinner parties, fundraisers, and so much more on our road map to victory on Election Day!

A full slate of exciting new Republican candidates are running in the 2018 election cycle for Congress, statewide and local offices in New York. It’s a great sign of a revitalized Republican Party here in Queens.

Several of the candidates spoke at our last club meeting, and in the months leading up to our glorious Lincoln Dinner last month, and will be speaking at our upcoming club meeting on May 3rd.  Some of them are young Republicans, one in fact, 22 years old, stepping up to run election campaigns for the first time, exuding all the passion and energy of youth. Some are sage and seasoned citizens who have become so fed up with the one-party systemic corruption of our beloved city, that they decided to take the plunge into politics also for the very first time. They are articulate, educated, and passionate individuals who, instead of submitting to despair, are fighting back, bringing to the table their unique lifetime talents and fresh ideas. These candidates want to make a difference for their communities.

Some are running in Republican Primaries. Our club policy is that we don’t endorse or take sides until after the Primary Election. Then we’re all in for the winner. Primaries are good for the Republican Party – they energize our base. We should mount respectful campaigns where we focus on the issues, not on the Republican opponent, and all get behind the primary winner. We need Republican unity in our one-party city. The enemy is not fellow Republicans, but the progressive leftists who have taken over the Democrat Party, who no longer care about the hard-working taxpayers. We can win elections if we all unite together supporting the primary winner and fight to change the crooked one-party system of our city into a more robust system of Democracy with two political parties competing for votes in the free marketplace of ideas and issues.

We are the opposition. We have to raise our voices and get out to vote in massive numbers. Not just each and every one of us, but also dozens of our friends, and our friend’s friends. The vast majority of the voters are unhappy with the political system, including Democrats, blanks, and Independence Party voters, as well as fellow Republicans and Conservatives from our communities. The vast majority reject the extreme liberal progressive positions embraced by the Democrat Party of today. They have given up on the one-party political system and we have to pick up these voters and get them excited again about improving their communities and coming out to vote. Voters are fed up, and we can be the alternative they are looking for.

Politicians are not listening to the people. They don’t care, because they take their votes for granted. Even though the majority of New Yorkers despise the bike lanes, and the community boards unanimously rejected them, Mayor de Blasio decreed that bike lanes be installed wherever he damn well pleased, without even notifying the communities involved. The same with the proliferation of hotels converted into homeless shelters, closing Rikers Island and placing community prisons in every borough, and other social engineering programs imposed on us all.  Republicans, Democrats and the vast majority of the people are opposed, but politicians don’t care about the people’s agenda, because they keep getting re-elected, and they know there is no recourse for the voters.

Look at the broken boilers, lead-paint disaster, and disrepair of the NYCHA housing projects, neglected for decades. While De Blasio and Cuomo fight over who’s to blame, no one cares about the residents suffering without heat through the winter. They vote for the same politicians over and over again who ignore their cries for help.

We care, and our candidates care, and want to answer the people’s concerns. Our Republican candidates want to represent our voices about our communities and issues concerning soaring property taxes, drug epidemic, bike lanes, homeless shelters, and many other issues. We are listening to the voices of the neglected voters of our city.

Our club opens the door and welcomes the neglected voters. Without weakening our principled stand on the issues, we host activities designed to embrace people from all walks of life and all sides of the political aisle. With wonderful community events like last year’s Alley Pond Park Health and Wellness Fair, we welcomed many new friends from the community who discovered that our views and theirs are quite similar. This year, our upcoming annual historic bus tour takes us to Brooklyn for a thrilling exploration of our city’s little known historical treasures. For a day, we leave politics aside and immerse ourselves in the historic wonders of New York City. Our Club’s Training and Policy Institute will continue to expand and host inspiring conferences on relevant topics, as we enjoyed our seminar on the history and significance of the U.S. Constitution last year. We participate in parades, dinner parties, fundraisers, and so much more on our road map to victory on Election Day!

Elections have consequences and voting matters. We can turn the tide of our one-party town, much like the American revolutionaries who defeated King George III. The American Revolution in 1776 was triggered by lack of representation in Parliament. Like our city today, the colonists had no say and the King determined their destiny. We need to wage a battle at the ballot box in support of our candidates, encouraging the voters to get out to vote, bringing voters to our side from all parties, and with the same courage and determination as the patriots, we can change the course of history here in New York.