“…the parade spectators lining the streets of Northern Boulevard on May 26th will have the chance to see and hear the voices of the five heroic World War 2 veterans whom the members of the Parade’s new Association selected to be Grand Marshals. These heroes, now all in their late eighties and early nineties and all now, parents, grandparents and great grandparents are Rocco Moretto, John Mc Hugh Sr. Thomas Dent, John Peterkin and Lucy Salpeter. They are all great heroes who deserve the honor the Association has bestowed upon them.” 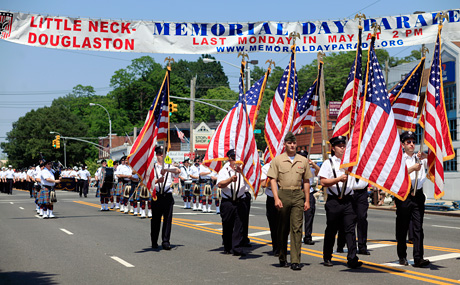 Since its inception in 1927, the Little Neck Douglaston Memorial Day Parade (LNDMDP) has for four generations attracted the good, patriotic folks of Queens, Nassau County and beyond who have come to remember and honor the men and women of the Armed Forces who gave their lives to protect the rights and freedom that we enjoy today as Americans.

That tradition will continue for the 87th year on Memorial Monday, May 26th 2014, as hundreds of men and women and boys and girls including- veterans, active duty and reserve military personnel, police officers, firefighters, emergency workers, community leaders, parade organizers and honorees, elected officials, students and teachers from neighboring schools and a host of marching bands – will depart from the Great Neck Firehouse on Jayson Ave and Northern Blvd. at 2 pm. These parade participants will march along a one and a half mile straight western Northern Boulevard route, and will end their journey about an hour and a half later at the Divine Wisdom Catholic Academy schoolyard located on Northern Boulevard and 245th Street in Douglaston.

On this years 70th anniversary of the storming of Normandy’s Omaha Beach on D Day, June 6th 1944, LNDMDP this year will pay special tribute to the estimated 2500 GIs who lost their lives and the estimated 7500 others who were seriously injured during the 16 hours of fighting that day. As in the past, the sidewalks along the parade route are expected to be packed with thousands of cheering spectators, many presumably drawn to the event by the coverage of the local media. But what has almost totally been left unreported is that this years parade could have easily never taken place.

Explaining the set of circumstances that almost resulted in LNDMDP not being held this year, Victor G. Mimoni, the parade’s spokesperson, told me when we met last week,  “The old organization, which had run the parade, which by the way is one of the largest Memorial Day parade in the nation, for the past 15 years, began to lose interest. With many of its members moving out of the community, the remaining members of the old organization voted to disband, leaving a void that, if not filled, would have resulted in the parade not being held this year and possibly beyond. ”

Mimoni, as he continued, described how that void was filled.  ” Within days of learning that there might not be an 87th annual Memorial Day Parade, community leaders and just good old and young citizens of the community came forward as volunteers to work together, forming various event planning committees, running fundraisers. Some of them had never been involved with the parade before, and others had been involved in the parade for many years. Because of the passion, dedication and countless hours of work of the citizens of Little Neck and Douglaston, the parade is back.”

Because LNDMDP is back, the parade spectators lining the streets of Northern Boulevard on May 26th will have the chance to see and hear the voices of the five heroic World War 2 veterans whom the members of the Parade’s new Association selected to be Grand Marshals. These heroes, now all in their late eighties and early nineties and all now, parents, grandparents and great grandparents are Rocco Moretto, John Mc Hugh Sr. Thomas Dent, John Peterkin and Lucy Salpeter. They are all great heroes who deserve the honor the Association has bestowed upon them. 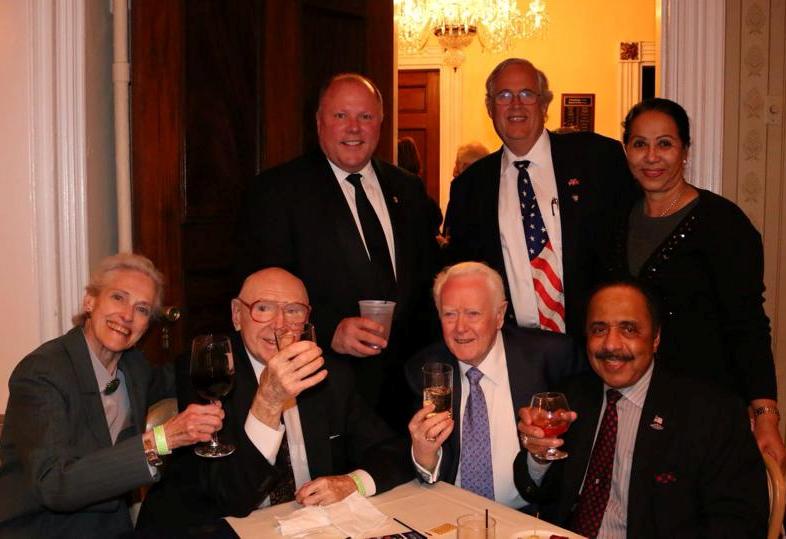 There is the hero Rocco Moretto who belonged to one of the first waves of 18 years olds conscripted to serve in World War 2. On D Day, June 6th 1944, wading ashore alongside his comrades in the celebrated but tragic 1st Infantry Division (Of the 219 soldiers in his unit alone 217 were either killed or seriously injured, leaving only Moretto and one other GI to survive the war without serious injury.), the young soldier reached Omaha Beach as German bullets and cannon shells just barely missed ending his life. If you pass the Veterans of Foreign Wars Post in Long Island City, you will see that for his service and bravery before and after D Day the post is named after him.

There is the hero John Mc Hugh Sr. who also was a soldier in a unit of the fabled First Infantry Unit on D Day. For Mc Hugh Sr., service and love for his country seems to have been part of his DNA. His grandfather fought in the Civil War, and his father fought, earning a Purple Heart for the injuries he sustained during battle, for our nation in World War 1.

On D Day, Mc Hugh wallowed from the shallow waters of the Atlantic Ocean to reach the sands of Omaha Beach, the only member of his machine gun crew to make it ashore alive. In addition to D Day, Mc Hugh fought heroically in four other European battles. If you come to the parade, you well might see Mc Hugh proudly wearing on his chest the Silver Star and Bronze medal he was awarded for his service to our nation.

There is the hero Thomas Dent, albeit at first an unlikely one. As a student at Queens College, Dent was an outspoken on campus peace activist who argued that America should never become involved in the wars that were then raging in Europe and Asia. Dent’s worldview changed forever when the Japanese attacked Pearl Harbor on December 7, 1941. The former pacifist became a warrior almost overnight. And before the wars end, he became a hero as well. Fighting in the Pacific theater throughout most of the war, Dent was in the middle of some of the fiercest battles land and sea battles of WW 2.

On one such battle, in early January 1945, Dent jumped off his P.T. boat with several other of his comrades into the waters of the Pacific Ocean rescuing dozens of sailors who had been blown off their ship by Japanese suicide pilots, who moments before had bombed the frigate into a burning inferno. Should you have the honor to talk to Dent on Memorial Day, you will hear the soft words of a man who I suspect understands that while war is horrible, it sometimes must be fought by men like him seventy years ago and his counterparts today in order for our nation and its people to survive.

There is also the hero John W. Peterkin, who is one of the few Americans to have served in a combat role in the three last American wars of the 21st Century. Peterkin, at 17 years old, was assigned as an U.S. Navy Stewards Mate, First Class, in 1945 to the Pacific Theatre, where he served until his release from active duty in 1946, a year after the war had ended. Peterkin, however, returned to military life 4 years later, when the Korean War suddenly broke out. Switching from the Navy to the Army in 1950, Peterkin went on to serve two combat tours as a First Lieutenant in the Korean Pennisula.

When Peterkin was released from active duty in 1954, a year after the Korean War ended, it probably seemed to him that his days of fighting for his country had ended. But that was not to be. With the advent of the War in Vietnam, the United States Army returned Peterkin to active duty as a Major in 1968. Before his release from Vietnam in 1973, Peterkin had served on two combat tours and had received two Bronze Stars and two Air Medals, which now rest in his Queens home alongside the many other awards he had received for his service in the two previous wars.

For Peterkin, like John Mc Hugh Sr., service to his country appears to be a family characteristic. His younger son Sylburn Van Peterkin is a 1st Lieutenant in the U.S. Army Reserves. His older son Capt. James Van Thach (Ret) U.S. Army was seriously wounded while in combat duty in Iraq and is now partially disabled. Thach (whose story of heroism and love of country appeared in this reporters column two months ago) now devotes his time and energy to visiting and helping individual injured soldiers and supporting pro veterans initiatives and programs.

If you come to the parade, you might possibly catch a glimpse of Peterkin as he marches down Northern Boulevard alongside his two boys, gazing at them, I would anticipate, with the look of love a father feels for his sons and the respect and admiration that one soldier feels for another. 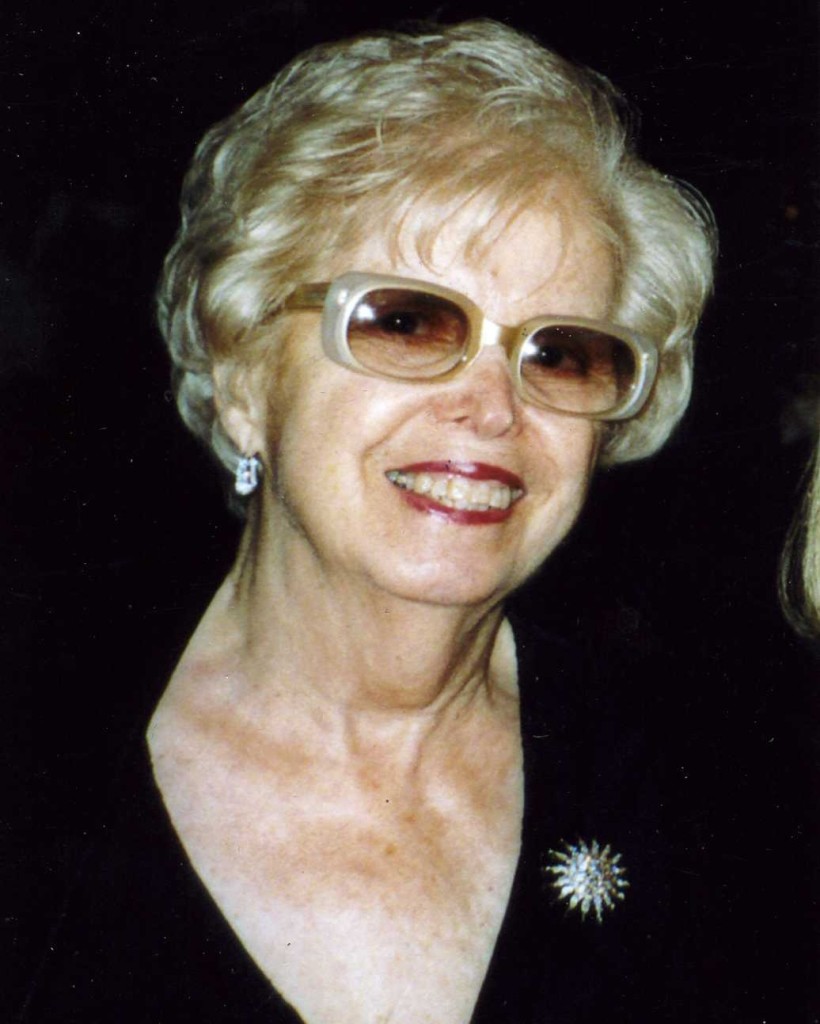 Last, there is the hero Lucy Salpeter, the only woman among the five Grand Marshals and the only one of them to have never seen combat and never been stationed overseas. Lucy though performed a different type of service for our nation. Joining the Navy Waves as a just NYU graduated Occupational Therapist in 1945, Lucy, from 1945 to 1947, provided care and support for severely wounded WW 2 veterans while they were being treated at Bethesda Hospital in Maryland. In 1948 she married a fellow caregiver – decorated WW 2 front-line Battalion Surgeon Burton Salpeter, who passed away in 2001.

If you spot Lucy at the parade you will be looking into the face of a still beautiful, forever kind, patriotic and loving woman who possesses first hand knowledge of the great personal sacrifices our veterans have made for America.